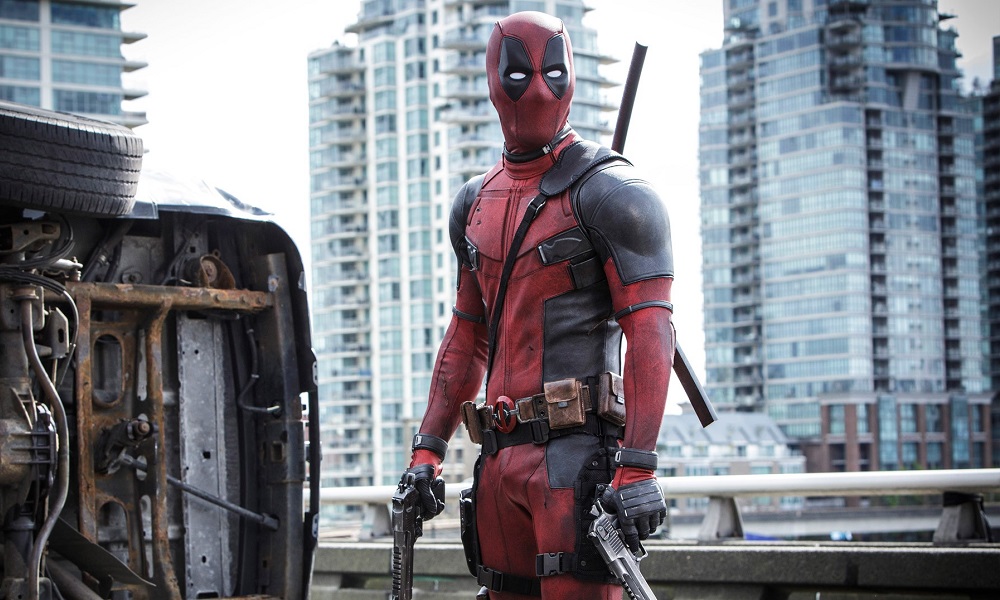 You gotta hand it to Deadpool: if it doesn’t grab you with the opening credits, you’re in the wrong movie. After his maligned first appearance in the Wolverine origins film, Fox wisely opted for a mulligan, and it’s probably the Deadpoolest Deadpool movie any major Hollywood studio could produce. It has a few secret weapons in its corner on that front: self-inflicted wounds that ironically make an ideal atmosphere for the kind of 4th-wall-busting snark that made the character so beloved among comic book fans.

That’s part and parcel of the surprisingly tricky job of making Deadpool Deadpool : the ubiquitous “merc with a mouth” who literally can’t be killed and who has spent the last 25 years driving the Marvel Universe nuts. Do it right and the character is brilliant. Do it wrong, and he’s just annoying. Many a comic book writer has been skewered on the horns of that dilemma, and judging by Fox’s initial efforts, they took their time mastering it as well.

Luckily for them, they stuck with actor Ryan Reynolds, for whom this has been a passion project and who may literally be the only actor in the history of ever to properly pull him off. I know, I know: everyone’s replaceable. Even Patrick Stewart. But I’m going to go out on a limb and say that there will never be another performer with the right combination of charisma, heart, lethal snark and obnoxiousness to pull off this character properly. This is his moment, and he isn’t going to let it go.

Add to that the absolute hash of the X-Men movie continuity, much of which can be laid at the feet of the first Wolverine, and you have the perfect environment for a self-aware motormouth who can look into the camera and say what every audience member is thinking. Hey, it’s already a mess! Why not add a character who can at least comment on it? Oh, also, it has to be rated R, because Our Boy here is all about inflicting righteous pain, and before Suicide Squad tries to repeat the trick in a more teen-friendly way, he needs to establish who really owns this kind of subversive mayhem.

And what do you know? It works incredibly well… provided you’re in the film’s groove and understand exactly, precisely what to expect from it. The ads have done a pretty good job conveying that, and I’m pleased to say that they don’t make promises that this movie can’t deliver. With superhero franchises approaching saturation point, a little satire to shake things up feels like just what the doctor ordered.

The wild part is that it does so while still remaining firmly in the X-Men cinematic universe. Indeed Colossus (Stefan Kapicic) shows up to give a stern tsk-tsking to Deadpool’s ultra-violence, giving us a golden chance to see one of Marvel’s more neglected Merry Mutants in action while providing a brilliant straight man for our hero’s off-the-wall shenanigans. Colossus’s sidekick, Negasonic Teenage Warhead (Brianna Hildebrand), brings a little more grit to the table, but they’re basically both game warm-up acts to the main event.

It says a lot for them as characters that the movie they inhabit basically constitutes two scenes and an extended flashback, covering a very by-the-numbers story about revenge and damsels in distress. After signing on to a secret government program in exchange for curing his cancer, mercenary Wade Wilson (Reynolds) is betrayed by his bosses and subjected to a hideous brainwashing regimen that 1) resolutely fails but 2) awakens a latent mutant power enabling to heal any injury. Left for dead after an unfortunate incident involving an oxygen tank and a lit match, he rises like the pepperoni pizza dough his face now resembles and dons a red jumpsuit to save the woman he loves from the bastards who did him wrong.

Besides delivering the whys and wherefores of that equation, Deadpool needs to do little else except wind him up and let him go, unleashing a rampage of one-liner-laced carnage as his would-be allies trudge behind him to pick up the pieces. Yet even on the simplest level, the film does quite well, with engaging fight choreography from director Tim Miller and clever jokes delivered to pitch perfection by Reynolds. Plug that in, let him wink at the camera, and the film does so well for itself that it’s practically become a modern classic even before it opens.

It’s easy to dismiss an accomplishment like that as just more of the same from Hollywood. But assembling all those pieces properly takes a lot of effort, and getting the tone just right belies how difficult that is to accomplish. And yet it’s the only feat that means anything for Deadpool, a feat whereby the entire effort is won or lost. Luckily for all of us, it’s made of win, a film for acquired tastes to be sure but something that knows exactly, precisely what it wants to be and never stops until it reaches that goal. Plenty of movies – many presuming to be its better – have failed to understand themselves so well, a fact that turns what appears to be a comic book also-ran into a brilliant piece of popcorn fun.