LATEST
Home Movies Features Deadly Class’ Terrific Season One Opener Leaks Online; This Is One You Can Watch Right Now

Deadly Class’ Terrific Season One Opener Leaks Online; This Is One You Can Watch Right Now 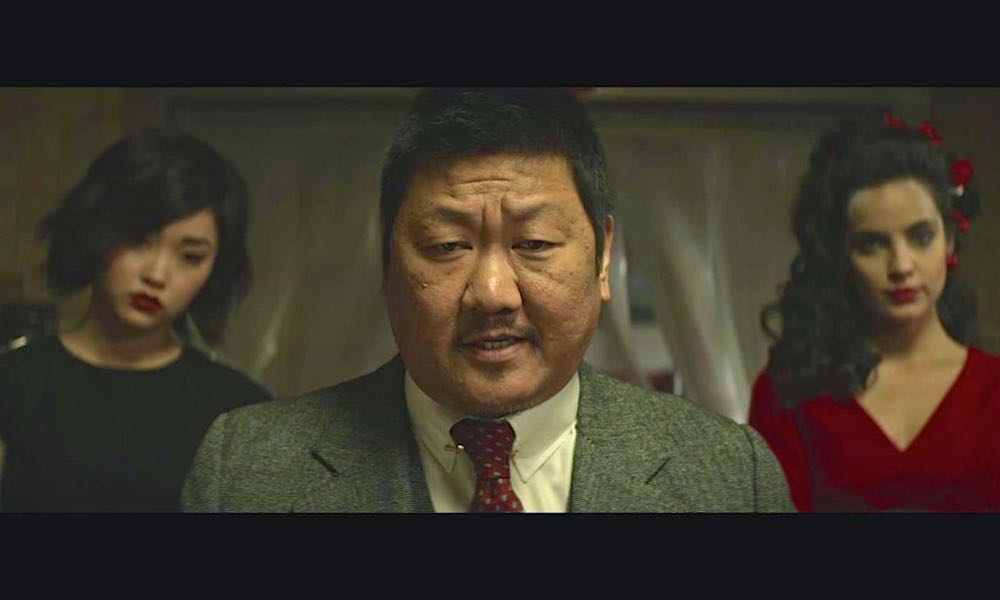 The Syfy channel managed to come up with a pleasant little surprise for us genre fans for the holidays. The first episode of season one of Syfy’s new series has appeared online and its one of the best things I have watched on TV since the season 3 finale of Syfy’s The Expanse; it’s that good of an opener. Here’s a (mostly) spoiler-free review.

This comics-inspired series (the show occasionally shifts from live-action to the look of a graphic novel) is full of all the things you might expect in a YA series about an exceptional school for the deadly arts, meaning assassination; for mostly the children of wealthy criminals. Because of the school uniforms, it’s the tiniest bit reminiscent of Hogwarts, but that’s where the similarity ends; this series is much more adult than the Potter stories. This series is, first of all, a pleasant enough mix of not-too-annoying cliched YA material stylishly blended with some more edgy, creepy, and violent content as well. Deadly Class is broader than that though; it’s also a discussion about class structure in society, the haves, and the have-nots, and a wide range of topics relating to the world we live in: in other words, it seems to be an intelligent show with maybe more to offer than cheap thrills.

The results are a fascinating new series that feels fresh and engaging right out of the gate with a narrative that’s compelling enough to make you want more. Deadly Class reminded me, in a way, of past productions where the lead characters are young adults, and that’s not a bad thing when the creations in question are films like  A Clockwork Orange (1971), The Warriors (1979), and others of that sort. The show also has some punk rock DNA in its soul made evident by an excellent soundtrack of songs from the late seventies and eighties which enhanced my enjoyment of the episode. Unlike some comics-based productions, there is no hint of camp or tongue in cheek anywhere in sight; the show somehow manages to be pretty dark and gritty without seeming like heavy viewing.

The series attractive young cast gave the show its necessary quota of verisimilitude and, make the show more enjoyable through their almost entirely excellent performances, and of course, the always excellent Benedict Wong (Dr. Strange, Marco Polo) is a welcome addition to the cast. Syfy made sure Social Justice Warriors have nothing to complain about; this series is more diverse than a United Nations get-together.

The show’s main story arc that seems to take place in an alternate universe or past period where Reagan is president wastes little time in introducing us to this strange school and its students by way of Marcus Lopez who is a broke-ass, unfortunate, homeless street rat who somehow remains an idealist. He is at the bottom of the school’s social structure and makes some allies and at least one deadly enemy on his first day. Initially, Marcus has zero interest in attending classes when the school approaches him,  but later after giving it another chance he has an extracurricular activity that convinces him otherwise.

As the episode develops, it occasionally displays the headings of different classes on the screen, to let the viewer know where we are at in a given segment. Names like Dark Arts, Hand-To-Hand Combat, and Poison let us know what class we are attending at any given time during the show, which was very helpful.

The pilot is now available to watch commercial-free via SYFY On Demand, SYFY.com, the SYFY, and USA apps through Jan. 16, and via YouTube, Facebook, and Twitter until Jan 1. The show is scheduled to make its debut on the SYFY network on Jan. 16

Episode one of Deadly Class was a delightful, memorable and enjoyable show, let me know if you agree in the comments section below.