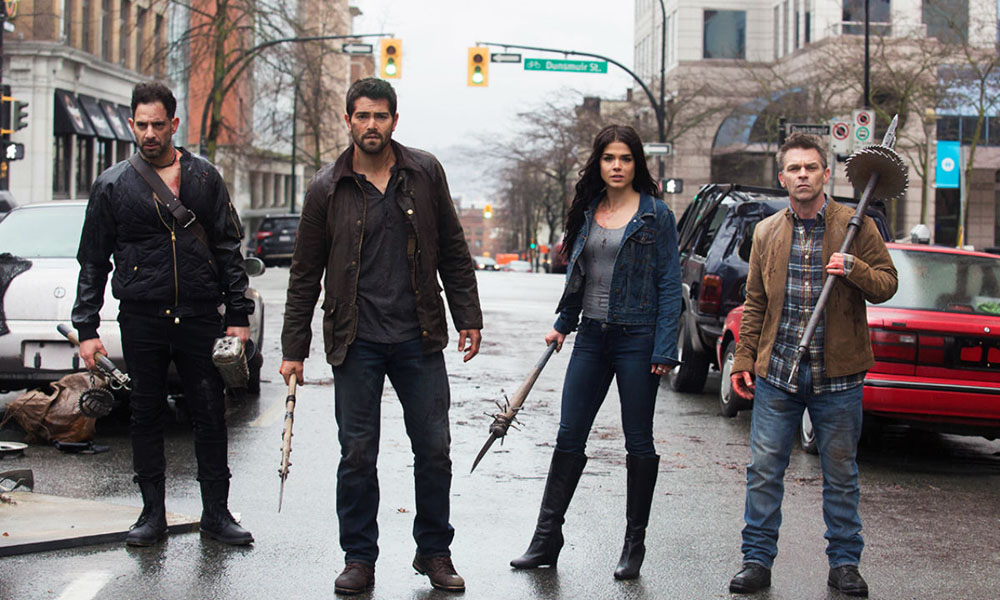 Dead Rising: Endgame is the sequel to 2015’s Dead Rising: Watchtower and based upon the zombie survival videogame series by Capcom. While it’s not necessary to have seen the first film I would recommend it as this is a direct sequel, picking up just months after the events in the earlier film. Jesse Matcalfe returns as investigative reporter Chase Carter, who continues to sneak into quarantined section of East Mission City to try and locate his partner Jordan (Keegan Connor Tracy) who disappeared in the first film and to spy on the mysterious military movements taking place. 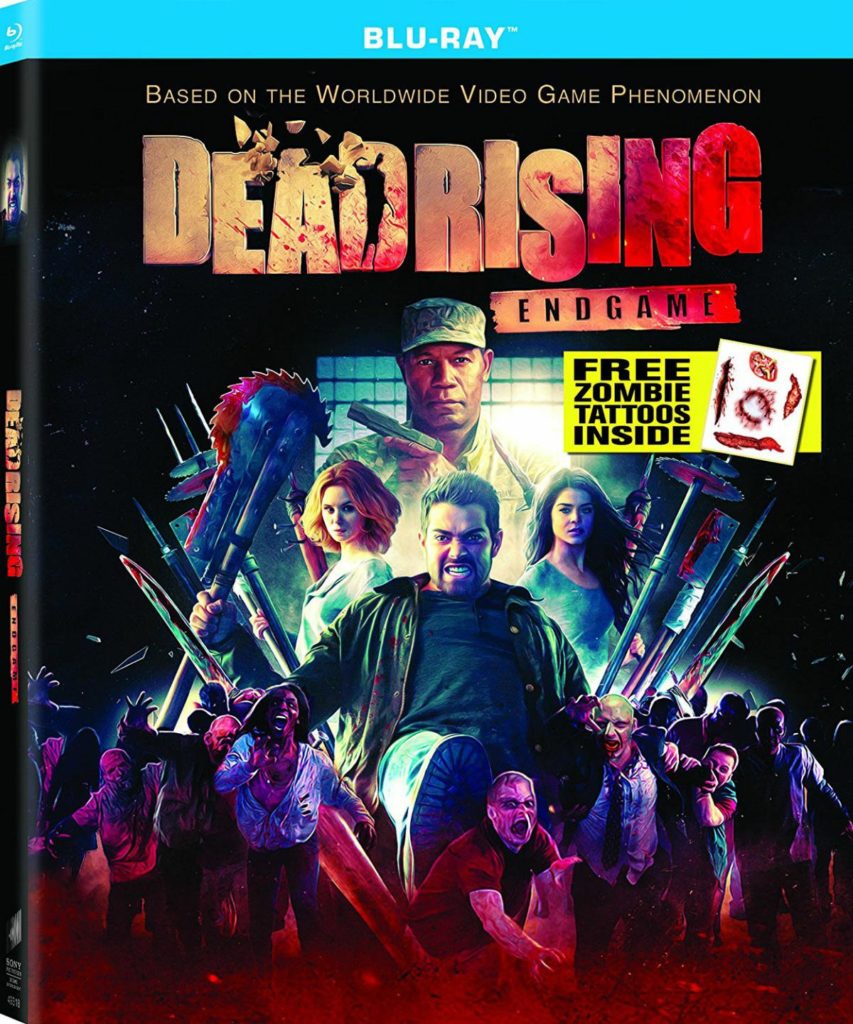 Chase is approached by a former executive from a shadowy tech/pharmaceutical company. He tells Chase and his girlfriend Sandra that he left the company when he discovered they were working with the military to launch and operation to kill over a million people who are possibly infected and fitted with tracking devices in order to stop the outbreak. Chase and his companions must make a deadly trek through thousands of zombies into the heart of the quarantined zone in order to shut down the computer servers before they can activate their deadly failsafe action. The military forces are led by General Lyons and played by Dennis Haysbert who seems to be a default actor when they need someone to play a tough military officer.

Dead Rising has never been a great videogame series but part of its appeal was you could pick up just about any object and use it as a weapon, from shopping carts to hubcaps and everything else, and then combine items together for customized weapons. That was a major element in the Dead Rising: Watchtower that played to the strength of the game. Sadly that aspect is missing here. For most of the film the characters are using various firearms and it is not until late in the film that they have to use their resources to build weapons.

Another problem is the fact that the zombies begin to evolve from the traditional mindless, shuffling zombies to more intelligent, fast moving zombies. I suppose it depends on what flavor zombies you prefer but I’ve always felt that zombies were harrowing enough on their sheer numbers and methodical drive without turning them into track stars.

I get the appeal of films based on videogames as they obviously come with a built-in audience. But the audience is looking for that same experience onscreen that they have on their gaming consoles. Dead Rising: Endgame strays too far away from its gaming roots and what we get is a mundane zombie action flick with one dimensional characters and a threadbare plot. This one is strictly for zombie film die-hards or fans of the game series.

• Featurettes on the characters of Chase Carter, Jill Ekland, Jordan Blair, and Sandra Lowe.
• “Bringing Zombies To Life”- Short montage of behind-the-scenes work on the zombie makeup.
• “From Game To Screen”- A look at bringing the videogame series to life
• “Making The Weapons”- A look at the weapons used in the movie.
• A sheet of 7 zombie tattoos