DC’s Legends Of Tomorrow: A Review Of ‘Left Behind’ Season 1, Episode 9 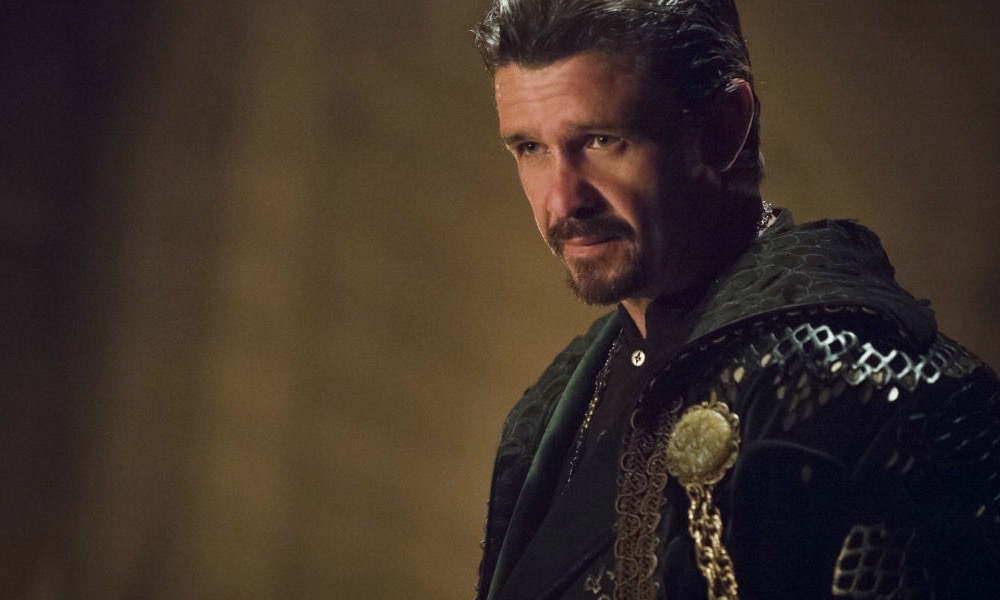 The fate of Rory at the hands of Snart is revealed, and a surprise appearance by Ra’s al Ghul in an episode that shows little sign of improvement.

Left Behind tells a story that reveals the fate of Mick Rory at the hands of Snart, the team onboard the Waverider, and likewise what happens to Kendra, Palmer, and Sara after they are left stranded in 1958.

It was another weak, filler episode this week that was mostly in the way of a diversion from the main story arcs of the show. It has been two years as perceived by the stranded time travelers. Ray was actually happy under the circumstances that left them stranded for two years. he was a college professor and Kendra was a librarian, while Sara went off on her own and rejoined the League of Assassins.

The episode also explains what happens to the team members that were onboard the ship by portraying what happened to them after Chronos’ attack. After the initial battle with the team, Chronos escapes the ship in the Waverider’s shuttle, taking Snart with him. He sabotages  the ship’s navigation system leaving it stuck in the time stream with no ability to set a course. Hunter takes Gideon (the ship’s AI) offline until it can repair itself in a reboot of its functions. it takes two years in earth time for them to get it together before they can return for Sara, Palmer, and Kendra.

Meanwhile, back in the time period of 1958 they were left in, the others are shown co-habitating an apartment waiting for the rescue that never comes, until Sara decides she has had enough, and goes off on her own, in search of a place she fits in, which turns out to be Nanda Parbat (where else?), with the League of Assassins. She quickly gets noticed by R’as and rises in the ranks of the army of killers he commands. Two years have passed as they perceive it, and even Ray is convinced by now rescue is not coming, but just as he is about to destroy a beacon he has built, rescue arrives. (surprise!)

On another front, Snart is curious why he was taken instead of Hunter, because it was assumed that was the goal of Chronos’ attacks in service to the Time Masters. The reason is explained in the revelation that Chronos is none other than Mick Rory, Snart’s ex-partner, he was implied to have killed in their last encounter. Rory explains he was rescued by the Time Masters after being left stranded by Snart , who it tuns out, only knocked him out instead of killing him.

Rory wants revenge, and plans to get it by killing Snart’s younger sister in the past, in front of Snart’s eyes, over and over again, as payback for being betrayed. He leaves Snart bound in a pair of what appear to be industrial strength, high-tech handcuffs on board his own timeship, while he goes after the rest of the team and Hunter to complete his mission.

Snart manages to escape the cuffs by getting hold of his freeze gun and instead of freezing the cuffs he freezes his own right hand which he shatters after it is frozen. it is not clear if he freezes his hand because of bad aim caused by using his feet to aim the device, or if it was his plan all along to freeze his hand, which doesn’t make much sense.

After the team sneaks into Nandar Prabat to rescue Sara, which by the way, was really easy for them to do, Sara betrays them and raises the alarm of their presence. This results in Hunter, who is apparently familiar with the rules of the place, because he did a thesis on it when he was in Time Master school, requests a trial by combat to prevent the team and himself from being killed outright. The fight, it is decided will be between Kendra, and Sara, representing the home team and the uninvited visitors.

The fight, of course, is brief, in which Sara is victorious, but just as she is about to deliver the death blow, Kendra appeals to her better nature, and reminds her she is the White Canary now, and no longer the cold blooded killer she used to be. Sara hesitates and just as she is changing her mind and showing signs of inner conflict, Rory shows up as Chronos and attacks the temple. R’as releases the team to fight him, because he feels its their problem and they should deal with it. They make short wok of Rory as they come together as the kick-ass team we continue to watch this series to see. This fight was the highlight of the episode.

R’as releases Sara from her vow as a member of the League, and later, back onboard the Waverider, Hunter is shown repairing Snart’s dismembered hand with, using Gideon and a device on the ship designed for that very purpose. The episode ends with Rory locked up and Hunter stating the goal is to reform him, an effort which Rory, of course, is determined to see fail.

Ray gets over his pouting session when Kendra tells him she does still love him despite the fact they are no loner playing house in the 50’s where he was happy, but she wasn’t. The team is last seen now heading for the year 2147 to finally get back on track in their mission to stop Savage from conquering the world of the future.

This turned out to be another filler episode and a brief diversion from the main story arcs of the series. This series is annoying and frustrating in that it keeps revisiting the same issues over and over again, in this case, mainly the internal conflicts of Sara. It was also annoying for the amount of time it spent on Ray’s sulking about his lost lifestyle he was enjoying in the past. It was another less than stellar episode with some obvious plot-holes, that did have some rare moments that were too few and far between.  The writers in this series can’t seem to stop stepping on their own toes. Still waiting on that  episode that makes me go wow.