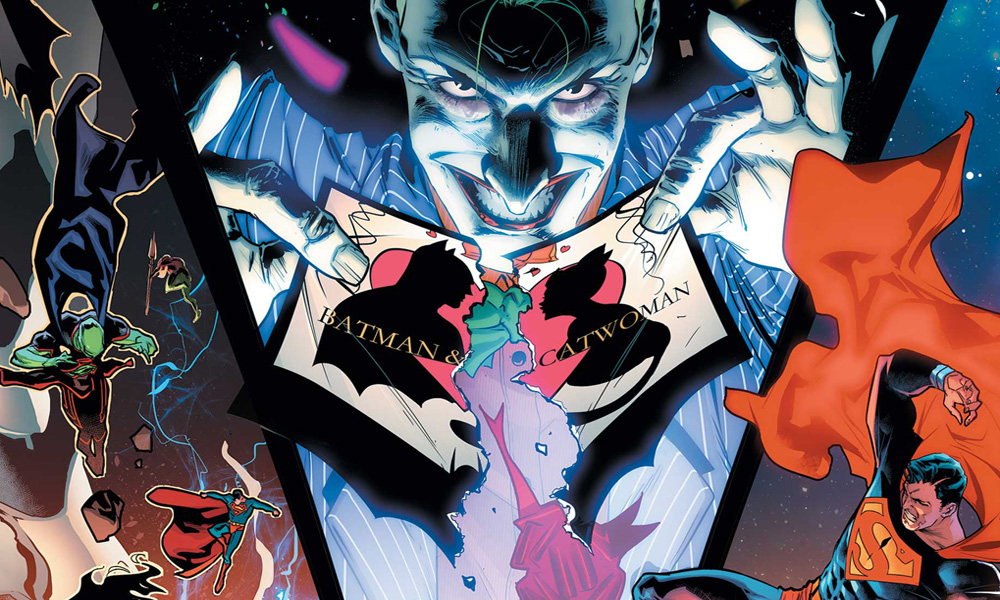 Despite this “Free Comic Book Day” magazine featuring three “prelude[s] to some of the biggest DC events of 2018”, as well as arguably the definitive “line-up of superstar talent” currently at the California-based publishers, it will probably still surprise many to know that Dan DiDio has already publically revealed Issue Zero of “DC Nation” has ‘sold’ one million copies in pre-orders before it’s even hit the newsstands. Indeed, this title actually looks set to spearhead a serious “DC Comics” drive with perusing bibliophiles everywhere, courtesy of the co-publisher additionally announcing that his company’s Superman eightieth anniversary anthology “Action Comics” #1000 has incredibly also received pre-orders for half a million copies; a staggering achievement considering that the best-selling publication of 2017, at least according to “Diamond Comic Distributors”, was the 305,427 unit shifting “Marvel Legacy”…

Fortunately however, this twenty-four page periodical is not just over-hyped hyperbole, as there’s plenty of ‘bang for its buck’ inside the twenty-five cent costing cover, with Tom King’s excellent script for “Your Big Day” undoubtedly being worth the book’s price alone. Focussing purely upon the Clown Prince of Crime and his latest hapless victim, Roger Martello, this highly emotive ‘short’ is packed full of tension and jeopardy as the Joker unrealistically waits for an invitation to Batman’s wedding, whilst all the time relentlessly torturing the nerves of his petrified hostage; “I can’t… Just… Do it. Sitting here, waiting. Do it now. Kill me.”

Far more action-packed, at least during its fleeting flash-backs to Superman triumphing over a group of Costa-Rican arms dealers who have erroneously decided to “sell old Lexcorp tech”, is Brian Michael Bendis’ somewhat unsuccessful script for “Office Space”. Dialogue-driven, and resultantly overly-wordy, this forerunner to the writer’s “Man Of Steel” six-issue mini-series is arguably the most disappointing preamble of the piece, as it predominantly simply depicts a disagreeably heated conversation between Clark Kent and Perry White in the newspaper offices of the Daily Planet.

Infinitely more sense-shattering, and gloriously pencilled by “all-star artist” Jorge Jimenez, is Scott Snyder’s pulse-pounding preface to “Justice League: No Justice”. Absolutely stuffed full of some of “DC Comics” greatest heroes and villains, all of which are amazingly fighting side-by-side against the common threat of the formidable-sounding Omega Titans, this dynamically-charged extravaganza completely captivates and arguably leaves the reader wanting so very much more once its gobsmacking cliff-hanger conclusion drops…