Dark Was the Night Review 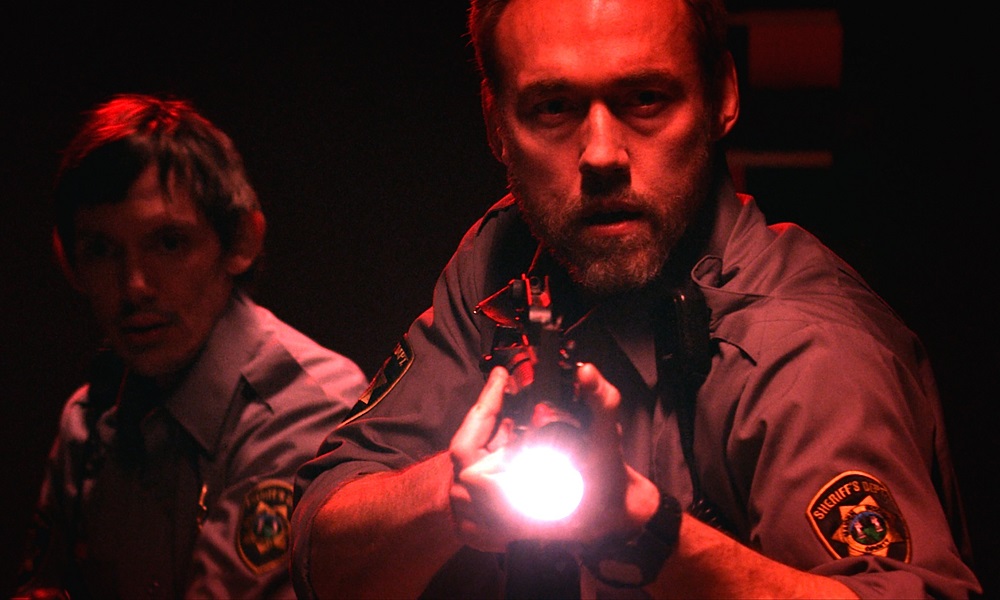 Kevin Durand has carved out a nice career by playing tough guy, usually villainous roles in such feature films as Walking Tall, Reel Steel, Legion, and many others. He currently is co-starring as the exterminator turned vampire hunter, Vasily Fet, in FX TV’s The Strain.  Durand gets a chance to step into the lead role in “Dark Was the Night”, a tale of an ancient horror unleashed upon a small town. 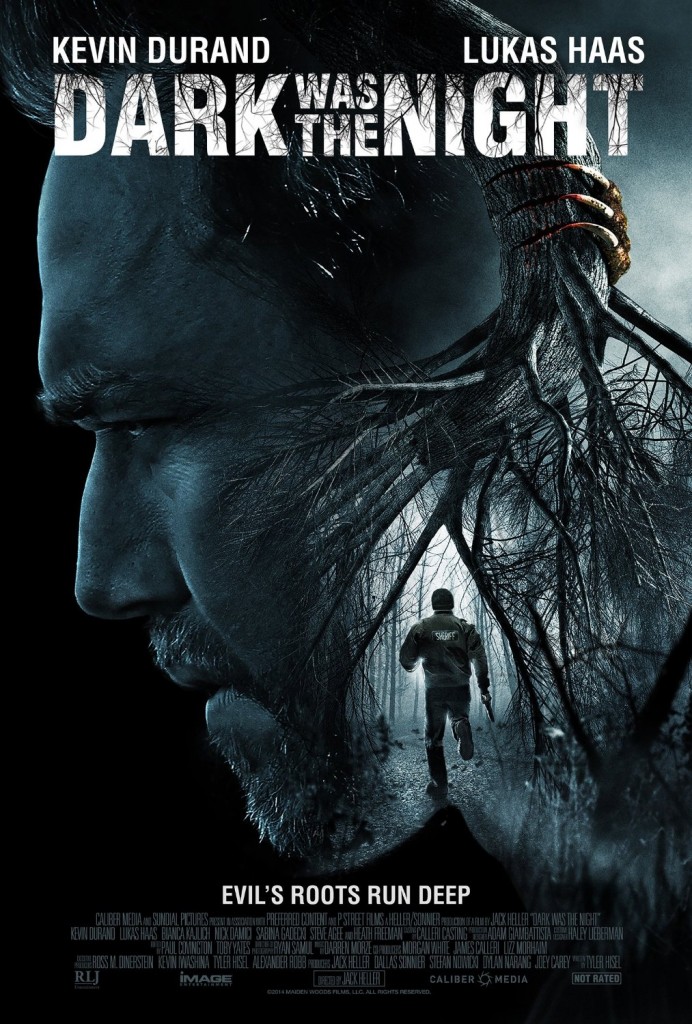 Durand plays Paul Shields, the sheriff of the tiny New York town of Maiden Woods.  He and his wife Susan (Kajlich) are separated after the tragic death of their young son, Tim, and trying to keep some since of normalcy in their lives for the sake of their other son, Adam.  However the lives of all of the residents of Maiden Woods are soon thrown into terrifying chaos by the appearance of strange, cloven hoof prints found one morning throughout the town.

Soon after, horses, dogs, and other animals come up missing. The local hunters mention that they have not seen any deer for weeks.  He and his deputy Donny (Haas), a transplant from New York City, investigate the local woods which have long been the subject of Native American folklore with tales of spirits which live deep within the dense forests.  As the residents of the town begin to question Shields’ handling of the situation the attacks become more intense as two hunters are killed.  Several residents flee the town leaving the remaining to huddle within the town church, hoping to survive the night until help can arrive in the morning.

Dark Was the Night has a hint of Stephen King to its story with its quaint and secretive small town setting.  Director Jack Heller and Cinematographer Ryan Samul heighten the atmosphere by shooting the film with a washed out color palette.  In particular, the almost black and white outdoor scenes give the production a gritty sense of impending dread.

Durand is outstanding in his role as the Sheriff riddled with guilt and torn between his desire to put his family back together and his sense of duty to the town.  Durand displays a great deal of emotional depth that feels real and unforced.  Lukas Haas, perhaps best known for his roles as a child actor (Witness, The Lady in White), also gives a robust performance as a big city cop adjusting to the more leisurely pace of small-town life.

What didn’t work as well were elements of the story.  While Durand’s performance is solid, the drama between him and his wife over their late child has no payoff.  Ultimately it seems there only to inject angst and conflict, rather than playing an important role in the story.  Likewise, the creature’s origin is given only tertiary development.  There are some local legends about Native American myths that are thrown out and the briefest of research done by Shields, but ultimately the story’s monster is cookie-cutter and uninspired.

Dark Was the Night shows glimpses of greatness and offers surprisingly watchable performances but in the end underdeveloped plot points and a pedestrian monster antagonist make this merely a short diversion when you can’t find anything better.

Dark Was the Night will be out this Friday in theaters, VOD and iTunes