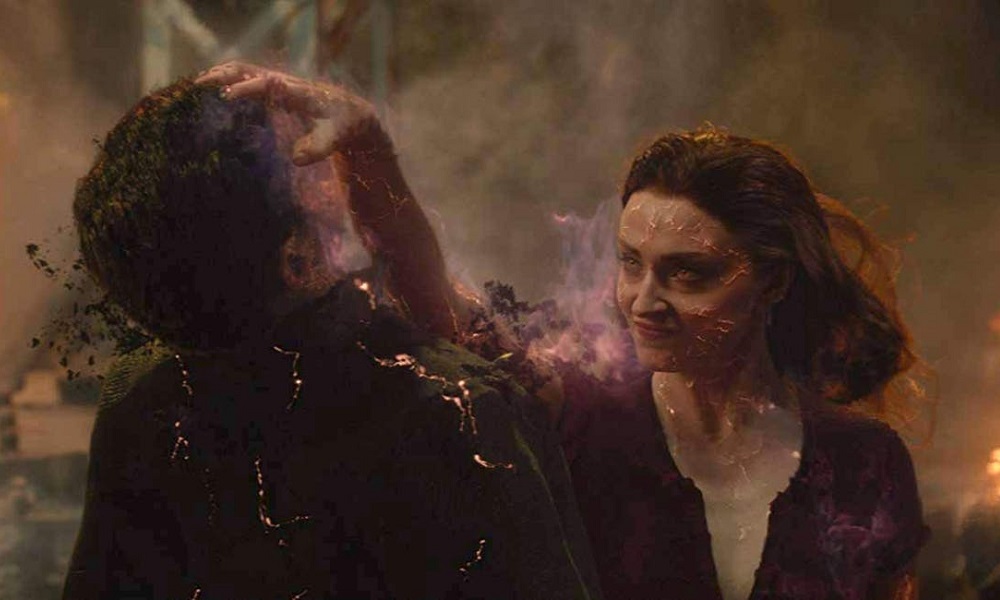 The X-Men franchise occupies a complicated place in pop culture history. It ushered in the age of Marvel superheroes by convincing Hollywood that four-color characters not named Superman or Batman could make money. Its street cred has seen it through a staggering array of ups and downs, including a handful of legitimately brilliant movies and the rise of a superstar in Hugh Jackman. But it also tripped over its own feet more often than not, producing its share of unwatchable misfires and missing the boat on key characters more than once. Beneath it all lurks the thorny question of Bryan Singer, and the lingering allegations of sexual abuse that we’ve still only begun to assess.

Adding to that creative chaos was Disney’s purchase of 20th Century Fox – purportedly to get the X-Men into the MCU at last – leaving Dark Phoenix the presumed finale to 19 years of genre filmmaking. (The fate of New Mutants and future Deadpool efforts is still very much in the air, but this effort feels like an end. And what a tired, deflated end it turns out to be.)

The story itself remains one of the seminal pillars in the X-Men’s history, as stalwart Jean Grey (Sophie Turner) grapples with the full destructive potential of her power and the Earth itself hangs in the balance. This is the second run the franchise has taken at the story, which has resulted in far and away the two weakest films of the lot. Even the largely reviled The Last Stand might still outpace this one.

Dark Phoenix’s failures start at the conceptual level. It wants to show a world where Charles Xavier’s (James McAvoy) vision is working, only to see it undone and worsen as Jean’s powers spiral slowly out of control. There are potent ideas at work there, particularly with the way the less powerful are asked to make sacrifices for some perceived greater good. The heartbeat of a good idea is there, and in Turner the film has the Phoenix for the job. And yet the film deploys its notions so clumsily and crudely that one wonders why they made the effort at all. Indeed, the plot stumbles over giant logic holes more than once, leading to head-scratching non-sequiturs and baffling turnarounds that make a hollow joke out of series’ larger points.

The characters themselves suffer a similar sort of whiplash, with unearned conflicts arising on the crudest of explanations. There’s a way to convincingly turn longtime friends against each other given the dramatic conceits involved, but director Simon Kinberg botches it each and every time. (And forgive me for being cryptic here. We try to run a spoiler-free ship, even with movies we don’t much care for.) The film’s rumored recuts are on painful display, with random out-of-left-field moments that supposedly made sense somewhere in the process, but now just turn the whole thing into a pile of screaming chaos.

And the film fumbles the ball in the technical department too. Effects sequences not only appear amateurish and unbalanced, but rarely make logical sense. Watch, for example, a bit of nonsense involving Magneto (Michael Fassbender, the only one really still in the spirit of things) and a pair of helicopters. As a tentpole action scene, if fails in every way: silly, nonsensical, badly shot, and rather boring (on top of the sheer conceptual stupidity of “going after Magneto with helicopters is a totally good idea and we can definitely throw our weight around with them”).

Other technical details betray a similar slipshod approach. The make-up looks strange and sometimes garish, the sets are dull and uninspired, and the costumes are laughably inept. (It’s a bad sign if you’re getting outclassed in that department by Patrick Willems’s Wes Anderson parody.)

Poor Jessica Chastain – playing the unbelievably awkward attempt to shoehorn some variation of the Shi’ar into the sorry mess – gets the worst of it, but the problems weigh down the entire production to the point of collapse. Against that, the entire cast, which acquitted themselves so admirably in previous entries, proves completely unable to rise above the plethora of problems on all too painful display.

It’s hard to know what the performers could have accomplished would the material not so depressed and half-hearted. But so much goes so wrong so quickly with Dark Phoenix that the wasted onscreen talent is the least of the movie’s concerns. It’s a sad way to end a franchise of merit, especially with the shadow of Logan still stretching so deep. But even if the corporate entanglements of the Disney purchase hadn’t muddied the waters, there’s precious little on display here that looks worth saving. Maybe the MCU can make a third attempt at the Dark Phoenix saga the charm. Until then, we’re left sifting through the ashes and marveling at what may be gone for good.