Dark Matter Review: Wish I Could Believe You 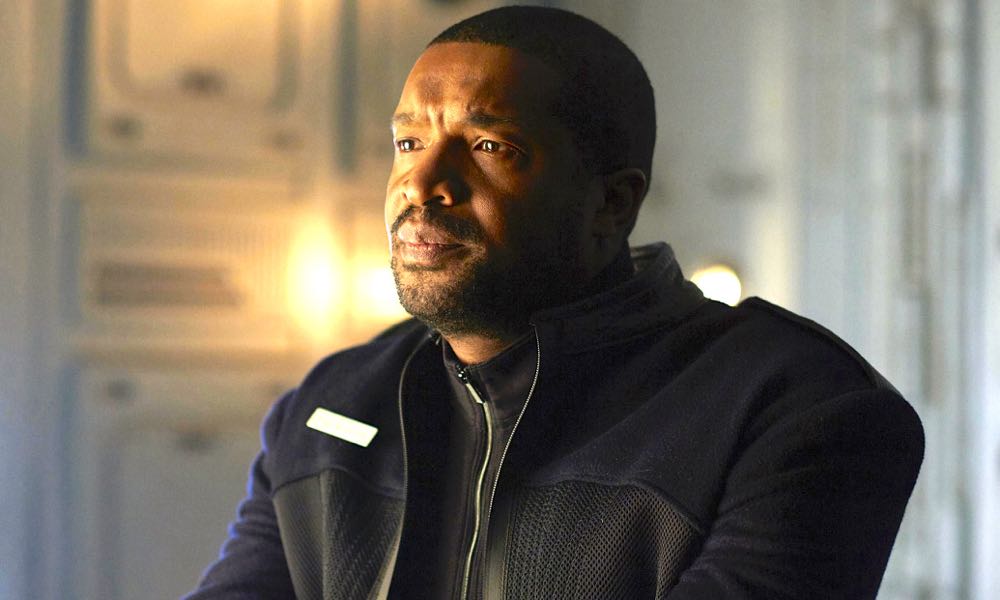 Wish I Could Believe You was a classic convoluted and puzzling mystery that left the viewer wondering what is real, and what isn’t for most of the episode.

The crew of the Raza proves their loyalty to one of their own when they are called upon to rescue Six after a  toxic attack on the colony he chose to stay on. The mystery surrounds Six or should we call him Agent Zero? His mind has been messed with before which makes him a hard nut to crack when trying to manipulate him. This raises questions about Six regarding decisions he makes. Which decisions are truly his own and how much has been planted to appear that way? Will the real Six please step forward? Has he ever been truly free of tampering since we met him? These are questions that will linger around this character I suppose until we are given the indisputable proof about his existence.

Six is confused, he’s experiencing his existence in fragments, fragments composed of brief glimpses and flashbacks. Some of them include being married and having a son. This is a new revelation about his past for both him and us. This series of fragments continues for nearly half of the episode. The show seemed to be attempting to have fun keeping the audience guessing what was real and what wasn’t, for me it wasn’t fun it just began to get irritating. Finally, the reality of the situation gets revealed and we find out Six is being held aboard a Ferrous Corp ship connected to technology and under heavy medication. The goal is to find out the location of a meeting being held by the leaders of the independent colonies.

The colony Six was staying at was targeted for a toxic attack by Ferrous Corp, who has already emerged as the villains in this war and show no signs of changing their ways. He was spared because of the knowledge he has. As the episode progresses, he keeps finding clues that convince him something is wrong. He knows he’s in a dream of some sort, but each time he thinks he has awakened from the dream it proves to be false and turns out to be a dream within a dream. He finally resorts to crashing the Raza into the surface of a volcanic planet and suffers a fiery death which serves to really wake him up.

It’s not until he turns the tables on his captors and somehow convinces them they killed him that he can escape with the help of his friends. The crew of the Raza shows up to rescue him just at the right time. Realizing the memories of his marriage and child are real he decides to contact them to make amends somehow, but when he witnesses that they have moved on he decides to let them be.

So Six is back and apparently part of the crew once again. No mention of the Blink Drive the crew’s doppelgangers or Ryo this time around. The show has left the Raza relatively unaffected by the war. Surprisingly their existence has not been inconvenienced by it much at all, or at least far less than would be expected.

There was something odd at the end of this episode. Android is seen leaving her charging station and checking in on the crew. When she enters Three’s cabin she pulls a weapon from a holster and points it at him as if considering shooting him point blank. She returns the weapon to its holster and returns to her charging station. Weird. During the episode, Three was shown spending time in the holographic reality with Sarah, and it occurs to me there might be a connection.

Not a terrible episode, but not a great one either compared to how great the episodes have been for the most part this season.