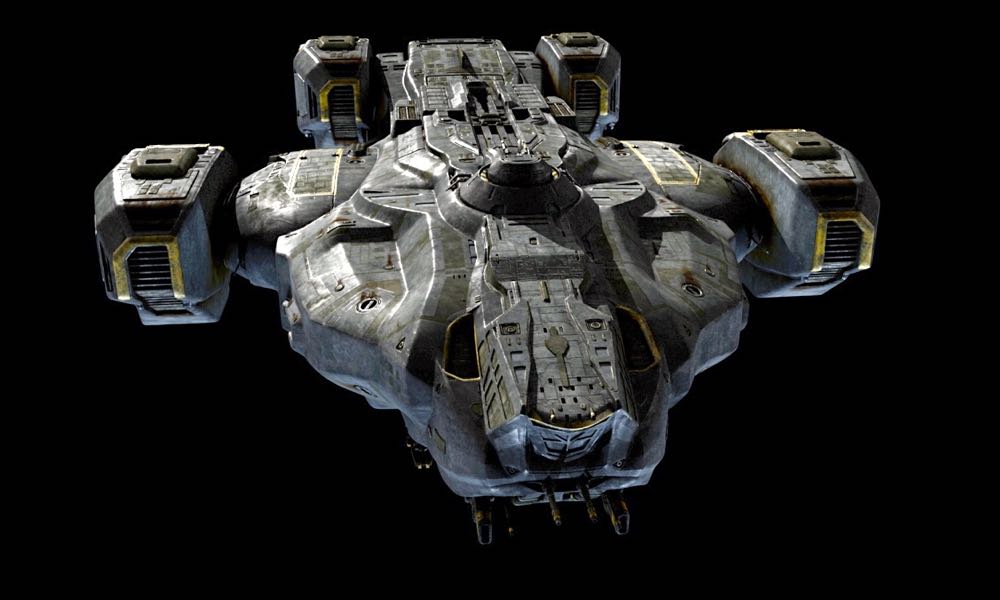 The season finale had a lot of action and developments that left a lot of unanswered questions.

Fans of Dark Matter know by now to expect an action-packed finale with at least a partial cliffhanger ending, and not too surprisingly they got exactly that once again this season. Bringing together many of the disparate plots from earlier episodes is par for the course for most TV series, and this year’s finale of this show was no exception. The finale left a lot of unanswered questions, and in the fashion of finales, there was no sense of finality save for one member of the Raza’s crew.

The season’s final episode had all the ingredients you could hope for in a series of this type including a massive space battle unlike any we have seen in the series before. It was actually on a scale to almost rival some of the space battles in Star Wars, and I was happy to see the show finally go in that direction.

There’s a new player on the board in the show. Besides the various corporations like the villainous  Ferrous Corp, Traugott, the Mikkei Combine, the Galactic Authority, and the Ishida empire we now have a surprise guest at the party. Thinking about it it shouldn’t be such a big surprise if you have been paying attention, but there’s no need to feel embarrassed; there was some manipulation by the show’s creators to help it along.

The fallen emperor, Ryo as a prisoner on the Raza, dodges the bullet when Two can’t bring herself to carry out his execution as voted for by the Raza’s crew. Just after she decides she can’t kill him, the ship gets contacted by the faithful Teku who says he has ships and represents a faction on Zairon that wants to see Ryo restored to the throne. So it appears all is not lost for Ryo after all. He’s acting more like his old self in the episode, and whether that’s from learning a lesson in humility or something else, it was nice to see him behaving like the old Four again.

Teku also brings the news that he planted a tracking device on Boone’s marauder and he knows where he went. The coordinates he gives them leads the Raza to the real Ferrous shipyard called Operation Phoenix. This time it’s the real one, and the Raza contacts Truffault and the Mikkei Combine to let them know. Things get messy when a stealth mission to destroy the place using the Blink Drive goes south.  Ferrous captures Two, Three, and Six as a result of the botched mission. The commander of the site talks to Two separately, and it appears she gets careless when she leaves Two alone unguarded with the captured Blink Drive.

Wexler from the alternate universe shows up and rescues Three and Six from capture just as a Ferrous soldier is about to kill Three. It turns out he is working for Truffaut as a spy. They are in the process of escaping when Three is shot from behind and stunned. Two, and Wexler along with Blink Drive escape back to the Raza. It’s interesting that Wexler who has always been an unsavory cold blooded killer, for the most part, is used here primarily as comic relief.

Once they depart the shipyard, it turns out the commander of the place is under the control of one of the inkblot aliens that showed up last week. Once back on the Raza, Two contacts Truffaut and Teku and together they attack the ship yard, which leads to an epic space battle. It turns out Three was shot by Portia the alternate reality Two, and they decide it time to leave when the battle gets too close. She allows him to contact the Raza to let them know he’s okay and not on the shipyard anymore.

Two comes up with the idea to overload the Blink Drive and use it to destroy the shipyard. Android offers to help, and they go to set it up, but when they are alone, Two ambushes Android shooting her twice to shut her down. She has been taken over by an alien also, and she has the black eyes to prove it also. Six leaves to deliver the Drive to destroy the shipyard. Android manages to warn Five that Two has been compromised by an alien and Five tries to warn Six but fails, and he abruptly dies when the Drive explodes. Poor Six, he dies for nothing, but, at least he maybe got some redemption, it just seemed like a senseless death to me.

Somehow the explosion of the Blink Drive serves to open a portal in space, and some massive ships begin to emerge through it: big black ships like in the prophecy. This scene reminded me a lot of when the Ori ships came through the super gate on Stargate SG-1. It looks like we have a major inkblot alien invasion on our hands which should prove to be a handful for everyone, but will it be enough to get all the warring factions to unite against the invasion?. How many people have they already infected? Do they have a sizable fifth column in place? Since it’s nearly impossible to tell who is an alien and who isn’t how will anyone know who they can trust? Things are looking pretty grim for humanity.

Great episode, plenty to like about it and insignificant things to complain about, and extra points for that space battle. It was a suitable finale for the show that left me wanting more and looking forward to next season. The season as a whole was a good one that only faltered a couple of times this year. I knew the arrival of the aliens last week was a big deal, but it surprised me it escalated their role so quickly. If I were a gambling man, I would be inclined to think Two’s nanos will save her from total alien domination in the end. Obviously, the story lines about Five’s  search for her sister and the search for  Two’s daughter are something to look forward to next time around, and what about the rogue androids? Real curious to see how humanity deals with these alien interlopers.