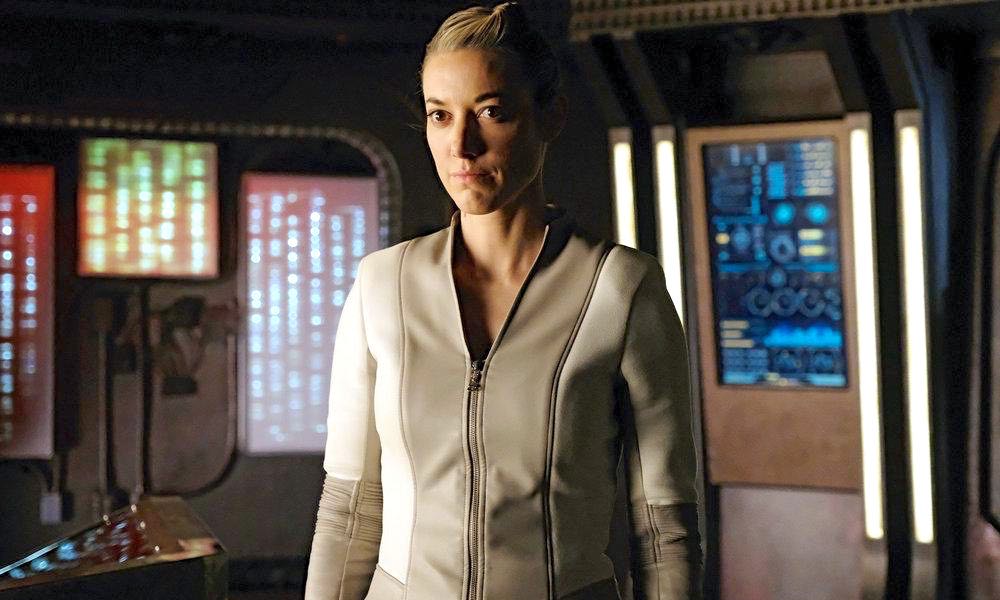 The crew gets back together for this week’s episode. Unfortunately, it’s not on friendly terms.

Dark Matter’s third season has been to a small degree somewhat hit or miss. I  don’t usually expect perfection from any television series I watch. I am always prepared for the good, the bad, and the ugly that occurs in any tv show. In the show’s defense it has only had a couple of episodes that were not up to par, but when you consider it’s been only eight episodes so far, that means 25% has of the season has not been that great so far. That seems a little high. In a regular 20 plus episode season, three or four disappointing episodes would be acceptable and maybe even expected, but we are talking about a thirteen episode season here.

Looking at it like that it seems evident there could be a problem. It’s a matter having a sense of trust in a show to deliver good quality genre entertainment as part of the bargain you enter into when you watch it regularly. Up until now, I have trusted Dark Matter to deliver the goods.

This week’s episode was a good one. Scratch that, it was excellent. It included all of the mystery, suspense, and action I have come to expect from the show. It even managed to squeeze in some the show’s trademark humorous moments in an episode that featured another excellent performance by Zoie Palmer as Android.

Hot Chocolate began with a scene involving bickering delegates representing four independent colonies trying to hammer out a way to work together, and trust quickly emerged as the number one issue preventing things from moving forward. Six acting as the chief babysitter for these people is apparently nearing the end of his patience as they are suddenly and unexpectedly attacked by a boxy looking Ferrous Battleship in orbit above them. They bug out and escape in the Marauder while the Raza does its best to help out in space.

Two more Ferrous ships arrive in time to see the Raza jump to FTL drive. These outer space scenes are always nicely done, but too brief in my opinion. I would like to see more of the sturdy little Raza in action.

Once aboard the ship, they are given quarters while they take a break and during this time one of them is killed. The killer is never revealed, and it remains a mystery that continues to puzzle me.

Elsewhere on the ship, Five is trying to talk to Android who is shown staring off into space the way she does sometimes, and during this brief encounter, it becomes evident to Five that something is off with Android who seems forgetful and more spaced out than usual.

Soon after that, a series of malfunctions take place around the ship. It didn’t take a rocket scientist to figure out there is something wrong with Android who, as we know, is integrated into the Raza’s systems. It turns out someone has hacked Android remotely, and we soon find out it’s Ryo Ishida/Four who arrives with some men as part of an elaborate two-pronged attack to retrieve the Blink Drive. He and his men arrive onboard courtesy of the transport pods.

At this point, it becomes apparent Android is compromised and working for him. The ship itself is working in his favor attempting to isolate Three and Four who get ambushed by armed assailants. Two escapes only to be confronted by Ryo himself who gets the drop on her. She’s fast enough to disarm him, and a hell of a fight takes place. It’s obvious they’re nearly evenly matched, but he eventually gets the upper hand long enough to take her captive along with Three.

Six realizing the ship is under attack is sneaking around trying to save the remaining delegates from harm when he encounters Android who he assumes is on his side. She knocks him aside with no effort knocking him unconscious. She turns a meaningful glare on the delegates who drop their weapons immediately.

It starts to look like a slam-dunk, but it’s not a done deal yet. Android realizes Five is still in a position to ruin Ryo’s plans. It’s a remarkable and memorable moment when Android realizes she has to deal with Five and snarls “That little bitch” in a very human manner. Scary.

Five uses her usual escape route; the ship’s ventilation system and has eluded capture. Not only is her formidable hacking skills still in play, but Ryo also has not taken into account the Raza’s secret weapon Sarah. She joins forces with Five, and together they manage to not only get back in control of Android’s brain, but they also succeed in putting the hacker in a feedback loop that isolates him and traps him inside his own mind. Hot chocolate is the secret command Five has in place to deal with Android when she goes off the rails. This episode marks a significant moment in the show’s narrative where Sarah is an active member of the crew.

Ryo realizing his plan has failed remains philosophical and aloof of what has occurred. He makes one last attempt at reasoning with his former shipmates to hand over the Blink Drive without success and leaves.

After the dust settles, Five and Android are seen testing the Blink Drive in an attempt to repair the damage done by the Zairon scientists. They turn it on, and it emits an energy wave that knocks them and everyone else on board unconscious, and that’s how the episode ends. A true cliffhanger, leaving us hungry to find out what happens next. Bastards.