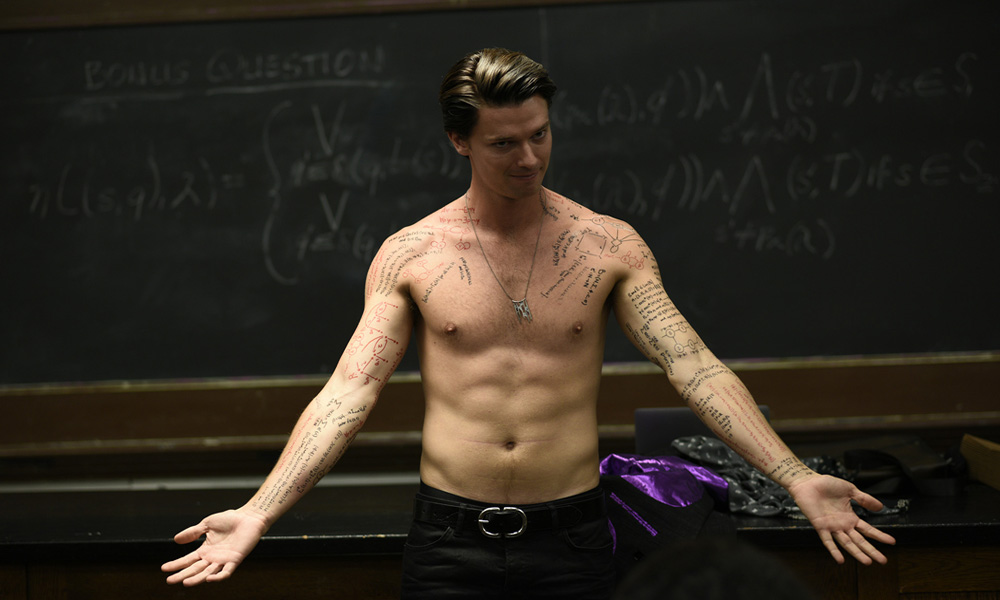 What is imagination?
I’m not asking on behalf of myself or a majority of people who know, I’m asking the filmmakers who don’t seem to 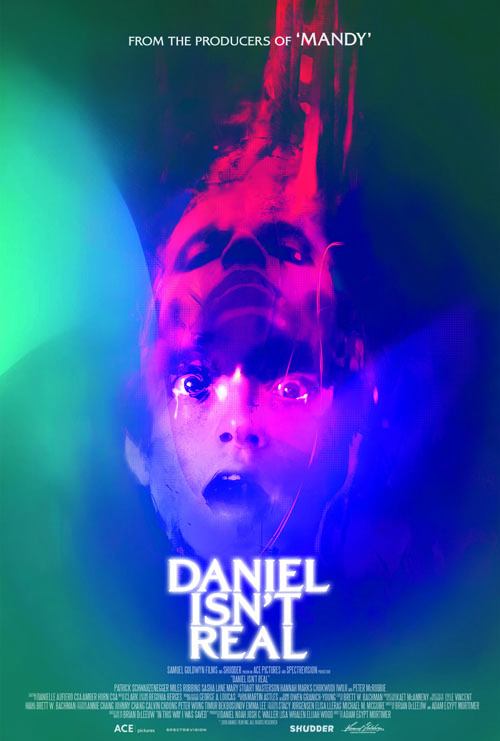 have settled on an answer to the question. There’s a fine line between metaphor and actuality in films. Some things we accept as being ridiculous or fantastic (ray guns, magic…etc) but you need to obey your own rules set. Even if those rules run counter to the experience of the film watcher, the film character needs to follow explicable pattens of behavior and actions need to have consequences. There’s only two genres which don’t conform to these standards (apart from bad films which forget or ignore them) and those genres are comedies and surrealist arthouse movies.

Daniel Isn’t Real is three genres competing and never quite finding a consensus. A mixed-genre film is perfectly entertaining and even refreshing, but the blending needs to be found I think that allows the ingredients to co-exist. Much like the conflicted personalities at war in this movie, the movie itself can’t decide if it’s a supernatural horror, an exploration of lifetime experiences through the lens of allegory, or a psychological thriller.

The idea of a man plagued/aided by a counter personality in the form of an imaginary friend is a solid premise to roll from that has the potential to branch into several explorative directions. Daniel doesn’t chose one: you’re just supposed to accept EVERY explanations simultaneously. And so the potential for a mystery to unravel or a straightforward supernatural shocker to witness or a metaphor driven by dream logic to puzzle out crumbles into an inconsistent parade of contradictions.

How can an imaginary friend know things you don’t? How can they exist when the person who supposedly invented them is passed out? How can an imaginary friend move things? I’ll avoid spoilers but even assuming Daniel isn’t simply a hallucination then why are all the elements he interacts with so arbitrary? Someone who isn’t imaginary shouldn’t be able to tell you passages from books you’ve never read, but by the same token something real which is also invisible and has demonstrated a willingness and capability of moving things shouldn’t be held down to restrictions normally reserved for something completely fabricated. In the end the lines blur so much it is literally impossible for events to have occurred the way they’re shown without either a literal miracle occurring or the characters acting in such a ridiculous way anyone looking one would be extremely confused.

Outside of my own thwarted desire for consistency, Daniel Isn’t Real is nicely enough directed. If you have epilepsy you might want to avoid this movie for all the flickering red lights, but it’s all drenched in theatrically appropriate shadows and dynamic camera angles.

On the subject of acting, the performances are competent. The writing verges on bad. Sometimes it’s funny, sometimes sincere, but other times is twee and unintentionally off-putting. It’s not clear at times is there’s self aware humor at play or if the film really is convinced someone who puts a shrub in a toilet is a burgeoning artist, or that ‘cool’ people wear slick back hair and loud red jackets while speaking in outdated slang. Yes, Arnold Schwarzenegger’s son is in this movie in a prominent role.

No, he doesn’t do much to stand out even among the tiny cast. He and the kid he haunts both are capable enough in being likable and delivering lines with conviction, but both turn into hams quickly if they’re required to show deeper emotions like sadness and rage. I’ve seen a lot of positive buzz for this movie. People like the dynamic of the characters, the attractive actors, the hip art scene of youth culture in the city and the bizarre landscape of the mental world which is like a cross between a nightmare and Hell.

I just couldn’t see beyond the gaping distance between truth and fiction. If Daniel Isn’t Real then you can’t pretend he is by breaking reality. If Daniel IS real then stop making it seem like he’s pretending not to be for no real reason. If you can look past these things it’s a solid package of thrills and some nifty practical effects.
But if you look any harder the illusion is bound to break.