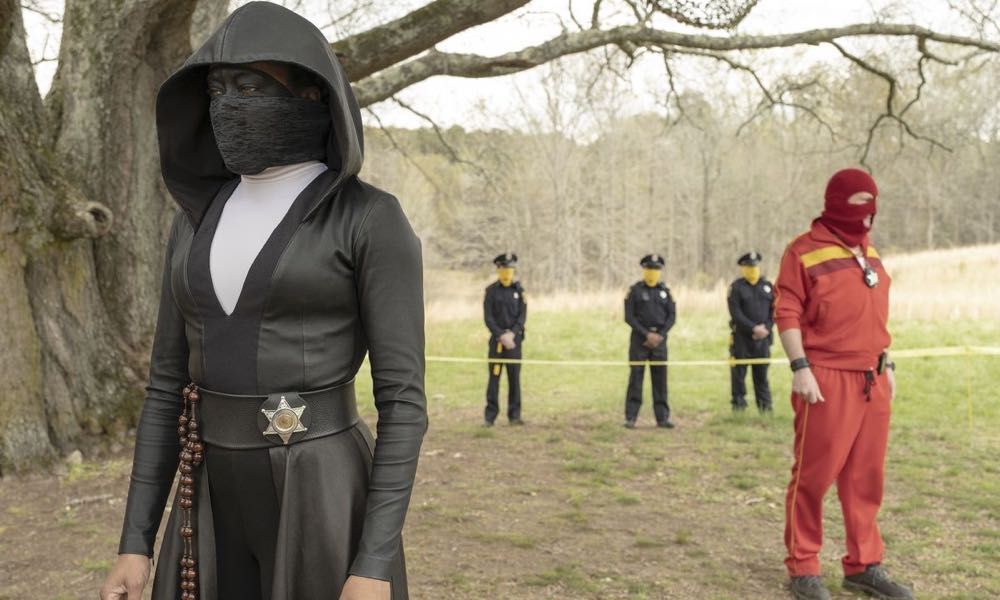 When HBO’s Game Of Thrones arrived, it reset the bar for adult genre TV going forward, and other providers scrambled to imitate their success. The premium channel’s trademark use of nudity, foul language, and more, established the network as a pioneer in first-rate adult entertainment done well. Now, in a post Game Of Thrones world, with the arrival of Damon Lindelof’s Watchmen series, the premium channel once again establishes itself as a reliable source of excellent cutting edge material.

This series, like the Zack Snyder film, is a tribute to one of the most influential graphic novels ever created. I am referring to the 1986-1987 Watchmen book created by writer Alan Moore and artist Dave Gibbons, that much like HBO, turned the industry on its head with a story and characters unlike any seen in graphic novels before with a disturbing no-holds-barred exploration of the dark side of human nature.

This series, like the source material, is a creation that aspires to one of science fiction’s highest callings by holding up a mirror to ourselves and achieving social relevance that hopefully starts a bout of self-examination regarding human behavior and the role of anthropology in the choices we make. It creates a very unflattering portrait of humanity that is not always easy to watch because any true-to-life depiction of the dark side of human nature gets more than a little disturbing. We are not necessarily as heroic as we like to think we are and the graphic violence that permeates this series is visual proof of that

On the surface, at first, the TV series appears to be all about depicting more of the centuries-old racial divisions in America we have seen before. And anyone watching the first two episodes might believe that a story about racial conflict was all this series had to offer. While it’s true that racial conflict does play a role in this series, watch a little longer, dig a little deeper, and the series segues into a satisfying, weird, well-done science fiction story that works on more than one level. Libelof uses that racial antipathy the series depicts as both motivations for its characters in the show’s narrative and as context to help recreate the sense the world tearing itself apart and the existential angst of the source material.

Also central to the themes of this series are the masks everyone wears that like one character states makes it almost impossible to tell the difference between the good guys and the villains, affectively making the role of the masks metaphorical as well as literal.

Watchmen accomplishes much of its storytelling through flashbacks that get used often as exposition to explain a lot of what’s going on in the series narrative Like the source material; this is a character-driven story. Like many comics, this series doesn’t buck tradition by avoiding an origin story; this one contains several, including a replay of the creation of Dr. Manhatten. The characters in this series are, for the most part, highly neurotic individuals bordering on psychosis. The cast does an excellent job in this with a handful of memorable performances.

Besides Dr. Manhatten, and Adrian Veidt, the sociopathic, homicidal, vigilante Ozymandias, who oddly enough serves here as the series darkly amusing humorous relief. Here, he’s also kind of a dick. Both play a central role in the series narrative, and also, the series introduces several new characters to the Watchmen pantheon. They are:

Angela Abar / Sister Night: The series lead protagonist, and a central character connected to all the threads used to weave this story. She is a Tulsa Police detective who wears a nun’s habit, and a hooded coat Sister Night is somewhat of a trope. As an undeniable bad-ass. As a strong, intelligent, no-nonsense, passionate black woman, that can kick your ass, Angela is a popular modern stereotype. She keeps a secret that is fundamental to the overarching series plotline.

Wade Tillman / Looking Glass: A Tulsa Police detective and psychologist who wears a reflective mask and plays a central role in the series narrative

Will Reeves/ Hooded Justice: Angela’s mysterious grandfather, who knows her secret and is one of the first masked heroes who inspired the Minutemen thirty years earlier, Hooded Justice.

Laurie Blake: Formerly the second Silk Spectre, Blake is a thoroughly tough woman and a killer, who has since become an FBI agent and member of the Anti-Vigilante Task Force, who ends up in charge of the Tulsa police force.

Lady Trieu: She is the enigmatic and mysterious owner of Trieu Industries, a corporation that bought out Veidt Enterprises following news of his death. She also has a big secret fundamental to the series plotline.

If it weren’t so close to the reality we live in these days, this series might be less disturbing for some. Like the world we live in now, this series is frightening in places, especially the idea of an armed right-wing redneck revolution, which is an idea borrowed from real-world news and could occur at any time.

Watchmen is an excellent genre television series that, for some, may find difficult to watch, because of its controversial and potentially disturbing themes. Watchmen is adult genre TV well worth a watch. Rumors ran rampant regarding a second season. but Lindelof has said he is out of ideas worth pursuing at this time.