Cry Pilot, is one of those books people like me like to get their hands on nice and early. Why? Because it’s a great book—I mean, really great. 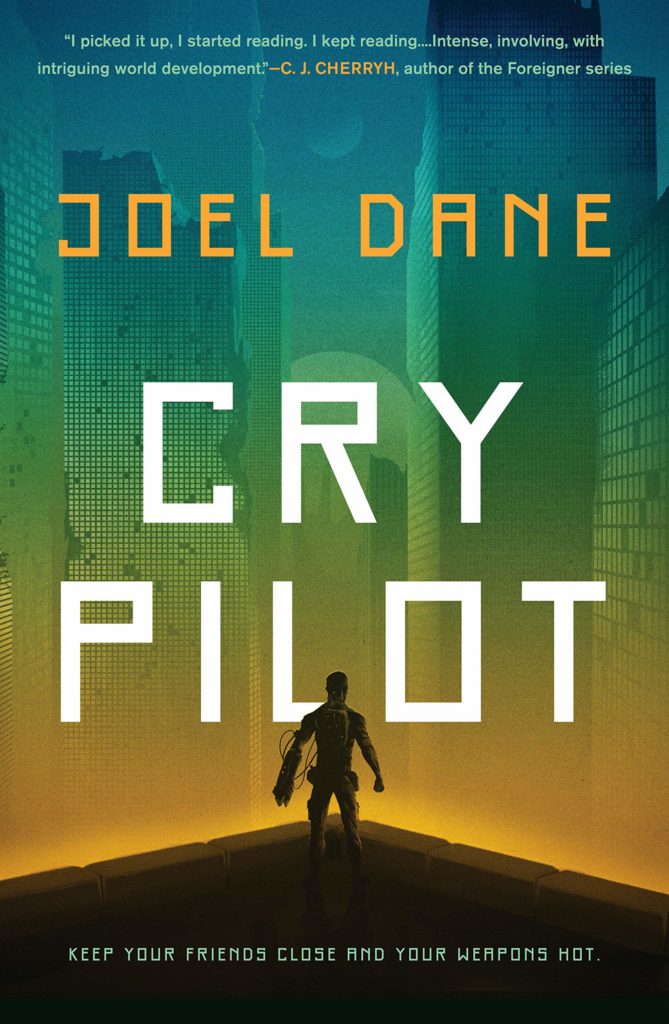 Joel Dane, the author, knows whereof he speaks, having served in his country’s military. He talks about being led into a trap by a grungy street lad in a country far from here. That street lad is, in his mind, him and CRY BABY is the story of that lad.

Cry Pilot is about a bunch of things—the urge to make amends, the need to pay debts—those things may not be possible—but you have to try. If you don’t, civilization dies.

Cry Pilot is the story of Maseo Kaytu (he has another name but one that has no real significance here so I will not give it). Maseo, on the other hand, is a man caught in the grip of a problem he cannot solve.
Born into the underclass, fighting against the military, he cannot find a way to join the Army on his own, but as Maseo he has a chance…And he takes it.

Accepted into the Army as a CRY pilot, Maseo has the opportunity to make a mark—and with the help of Kaytu, one of the members of his team, there might be a way—and, sure enough, the way is opened and Maseo makes it into the Army.

It’s not exactly what he expected, but as time passes, he learns to obey orders, how to fight, and, most importantly, how to trust. There’s only one problem—if he trusts his mates and they trust him, how can he sneak off to do what he has to do when the time comes to do so?

That soon comes to mean nothing as his branch of the Army is about to be matched against a new bioweapon—one that has torn apart every military force it’s ever faced! Can Maseo find a way to beat it? Can Kaytu and the other members of his force give him the help he needs to accomplish the mission? And, most importantly, can Maseo find the remnants of the squad he destroyed and repay the debt he owes them!

Cry Pilot answers all these questions—and it does so in a dry and easy-to-read style. I will admit to reading this in a single go while travelling from Florida to Vancouver (for business). I found it very entertaining and written in a style I love…simple, direct, and very openly. Mr. Dane has done a very fine job of presenting his story—making it simple for anyone to read. I suggest you do so.