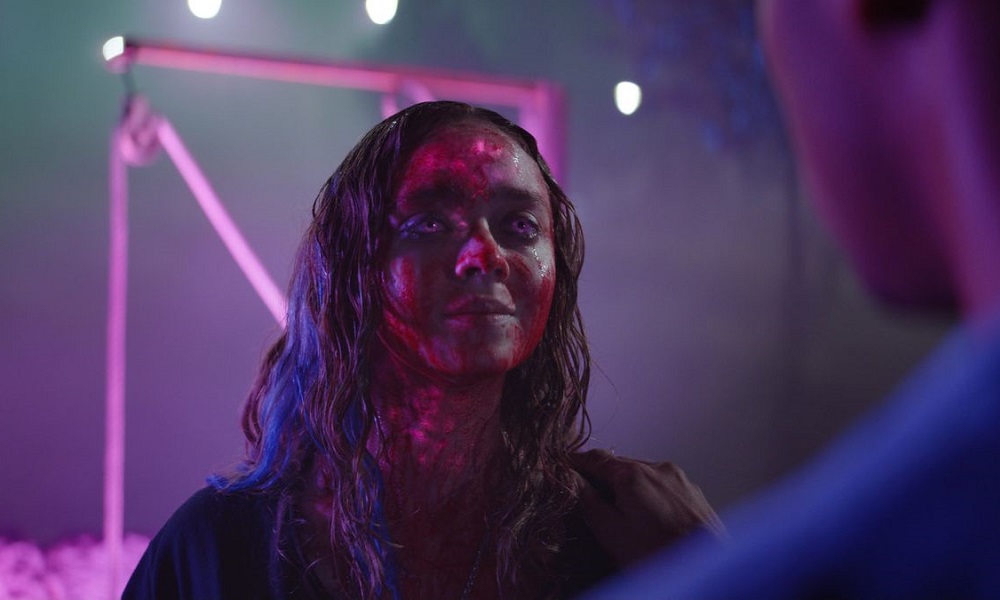 If you told someone that Nic Cage would star in an HP Lovecraft adaptation, that it would have a January release date, and that it would be directed by the man Val Kilmer and Marlon Brando drove to the point of mental collapse, you’d expect a bomb for the ages. Thankfully, Cats filled all our winter disaster needs last month. Color Out of Space represents something entirely different: a confluence of the above-mentioned elements that arrive in just the right way at just the right level to create a one-of-a-kind horror movie.

After all, who else but a Lovecraft protagonist could go as off-the-chain as Nicolas Cage? What other director than Richard Stanley would be so eager for redemption after taking the blame (largely unjustly) for the disastrous 1996 adaptation of The Island of Doctor Moreau? And with January the new May (hello, Bad Boys for Life), a new version of a storied horror classic suddenly doesn’t feel like the garbage-time stinker it looked like at first glance.

Far from a stinker, this film version strikes an absurdly strong balance between flat-out nuttiness and faithful Mythos horror. Stanley starts with a structure accurate to the basics of the story, then dollops on the insanity in the right amounts at the correct time. He finds a slick way to update the text – with a couple of city folk (Cage and Joely Richardson) giving up their fast-paced life for a peaceful alpaca farm in rural Massachusetts – without losing any unnecessary elements. That’s before a meteorite falls from the skies, carrying an element that infects the nearby territory and alters the farm’s inhabitants in increasingly terrifying ways.

The story itself was an early metaphor for radiation that dovetailed perfectly with Lovecraft’s trademark existential horror. Stanley keeps the essence of that idea intact without trying to update it for the 21st century, then simply overlays a “modern” farm on top of it. He’s not afraid to get gonzo B-movie weird early on: most notably in Tommy Chong’s squatter/neighbor living out in the woods in exactly, precisely the way a Tommy Chong character should.

It’s absurd. It’s outlandish. It’s crazily perfect. And as the film slips into high gear, the Lovecraftian underpinnings hit home with a solid punch. (Simply put, the Mythos doesn’t care if you’re a goofy hippie.) Stanley brings that shuddering finality home with an array of reliable visual effects, ranging from affected animals and people (suitably disturbing) to a digitally added shade of purple for the “color” itself. As it slowly seeps into the visual palette and the reality of the farm itself starts to warp, its very presence becomes as unsettling as the monsters it creates.

And at the center of it all, there’s Cage: finding his inner nutball and letting it run loose at exactly, precisely the correct moment. The man’s career is a thing of wonder, in good ways as well as bad, and his bad has never been better – or more expertly harnessed – than it is here. Indeed, he seems to relish the chance to go properly apeshit with material that not only validates the choice, but celebrates it.

Stanley puts it together with the enthusiasm of pure pulp and a dedication to strange details that don’t undo the more ominous terrors that lie beneath them. If Color Out of Space has a genuine flaw, it comes only in a comparatively slow build-up that requires a little patience. The pay-off is delicious, however, and results in a singular horror film that does justice to the source material. Insanity is a cornerstone of the Mythos, after all. It just wouldn’t be a proper adaptation if it didn’t go exquisitely, beautifully mad.

(for an alternative take, check out Dan Oles’s review here.)