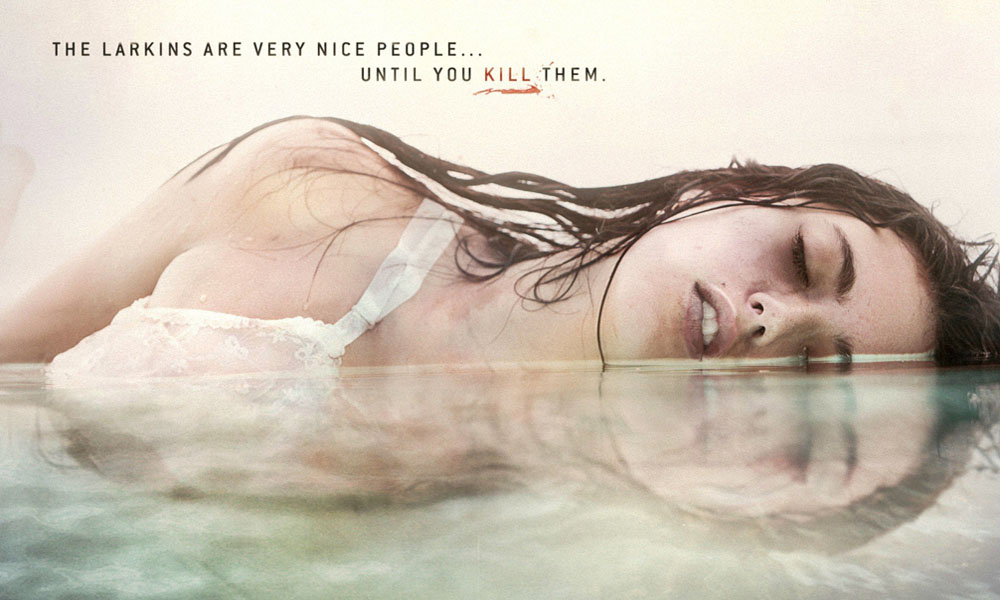 Cold Moon is a suspenseful mystery thriller with a bit of horror mixed in. Or at least that is what this movie is played up as. Personally, I found the only horror and mystery involved with this movie was that anyone thought it was good. Thrilling, this movie was not, and suspense seems to have been on vacation somewhere. 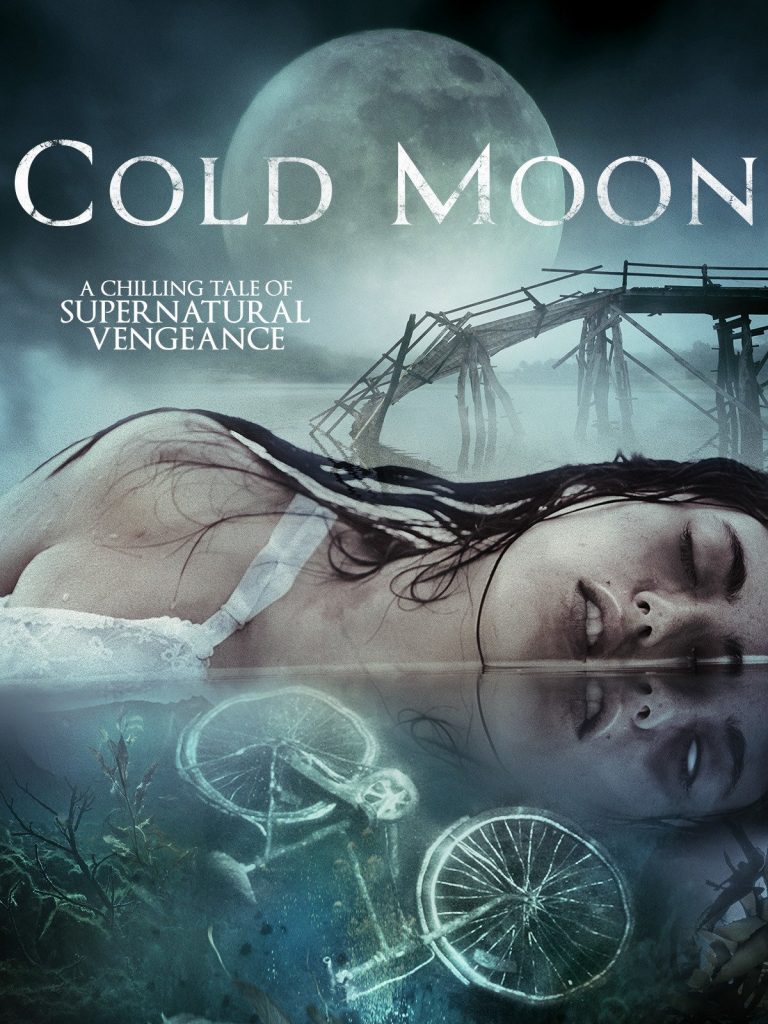 The year is 1989 in Babylon, Florida. Pretty little 16-year old Margret Larkin (Sara Catherine Bellamy) wearing her cute coveralls, rides her bicycle home in a rain storm. While crossing the bridge over the river she is grabbed by a mysterious masked man. The savage throws Margret over the bridge and jumps in after her. Tying Margret to her bike, he drowns her under the bridge and lets her corpse sink to the bottom of the river.

The movie follows the family of Margret as they try and convince the Sheriff and then two attorneys to prosecute a banker for killing Margret.

One of the problems with Cold Moon is some of the characters are half baked. Margret’s grandmother, Evelyn Larkin (Candy Clark) and brother Jerry Larkin (Chester Rushing) act concerned that Margret is out all night in a rainstorm, but they don’t make any calls until morning. Don’t even attempt to look for her. They go to the Sheriff to report her missing, but afterwards head to the bank. Nobody has seen Margret and they aren’t calling everyone they know to look for her?

The sheriff (Frank Whaley) halfheartedly questions the last person to see Margret, who was Margret’s principal. Neither starts any sort of search. There isn’t even a half-assed explanation of dismissal like: “Teenage girls run away from home all the time. She’ll turn up.” They just talk and stare off into the distance.

When Margret is found dead, people talk some more, but nobody does anything else. This time there is obviously a murder, but small town and life goes on. The family is distraught and seek an attorney to prosecute the man they think responsible, but since when is that sort of thing up to the family to hire prosecutors? They find one willing to take the case based solely on the grandmother’s vague dream.

Margret comes back from the grave. At least I think it’s Margret. While Margret is still under the bridge where she drowned at, a ghostly form in a white dress ascends form the depths in a white dress…Margret died wearing coveralls and her corpse is later found wearing those coveralls. That may sound like a petty observation to hold on to, but after her corpse is found, Margret buried in a dress that looks like nothing like the one her ghost is running around in.

I know it seems like I am nitpicking, but a lot of things happened in this movie that suggested either the creators were too lazy to care about proper storytelling, were unconcerned with continuity or even making characters act in believable or reasonable fashion.

The visual effects in this movie were passable. Some of the ghost scenes with a ghostly Margret fleeing from Nathan between gravestones was creepy. However, one of the effects, had the grandmother’s head on the end of a snake’s body, reminiscent of Beetlejuice and it pulled me out of the movie as I wondered aloud what Beetlejuice was doing in the movie. It turns out the author of this story wrote Beetlejuice. So maybe it was a homage, or he just likes snake bodies with human heads. It was enough to take me out of what little moment of interest I had.

In the end, Cold Moon’s apathy for its characters, their behaviors and actions left me cold.