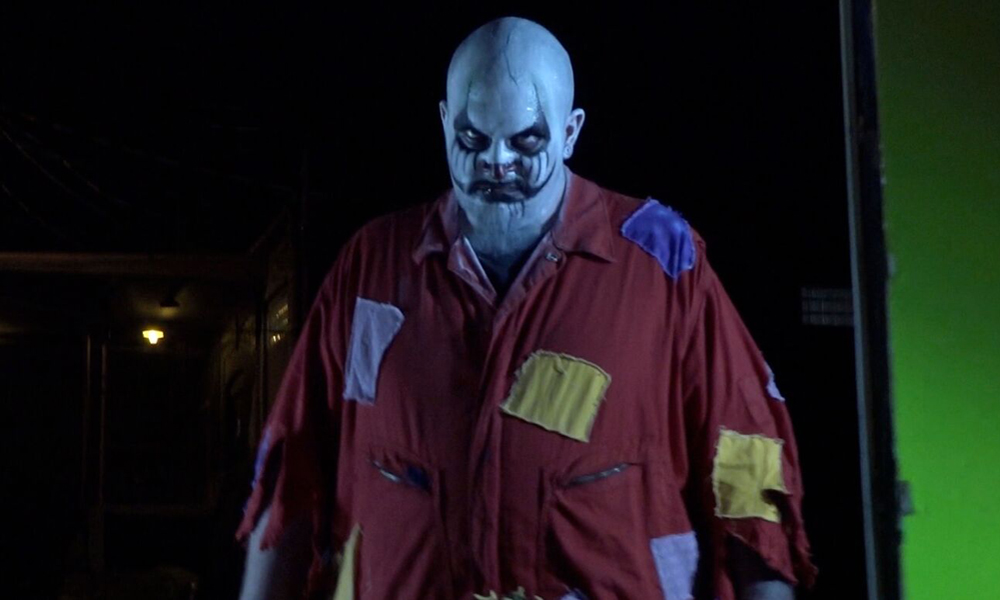 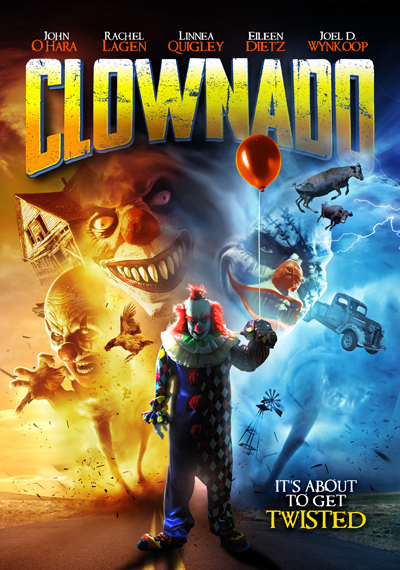 A send-up is a balancing act. In one regard it seems like the easiest thing in the world: a parody laced with heavy nostalgia to keep at bay pesky questions about quality, budget, or effectiveness. It’s all a joke anyway so the shakiness of the production is just part of the goof. Bad acting isn’t really bad acting, it’s overacting to spoof over-the-top cheaply made VHS 80s features! Same with self-aware silly dialogue, cliche plot points, and unconvincing effects: all products of poking fun at self-aware silly dialogue, cliche plot points, and unconvincing effects of yore.
Everyone is clearly having a fantastic time here playing everything to the gratuitous hilt, and to their credit the story is treated with remarkable sincerity for the most part.

The irony is everyone in this production looks so generally clean-cut, kindly, and they act so chummy with each other the constant use of swearing and violence is weirdly incongruous to what is clearly a group of friends playing around. The acting is universally enthusiastic, but equally universally horrific. It might be bad enough for chuckles: your mileage may vary. Therein lies the second side to the double edged sword of burlesque.

In the true era of grind-house and exploitation films there was a legitimately seedy underbelly to the industry. Sex, violence, pushing the censorship boundaries was an outgrowth of desperate and dubious filmmakers looking for the next big shock to the system that would make their stars. There was real danger here, from pulling off ridiculous stunts on a shoestring to portraying gore so graphic the crew of Cannibal Holocaust were famously arrested for suspected murder.

Nowadays the golden visions of the grim and gritty classics that revolutionized what could be done with cinema are a little too rose colored. What was a breaking of tradition now has its own perceived rules and regulations. A ‘grind house’ film is no longer an ideal, it’s a formula based on the work of notable directors. The new exploitation films are copies of other exploitation films that by this point were probably also copies of earlier surprise successes born of passion.

The passion is still here but the craft is gone. That’s why I initially assumed this was an intentional parody: from the meme-tactic title to the John Carpenteresque synth score. But Clownado is a weirder entity: an attempt to recapture an era’s anarchistic and outrageous sentiments going exclusively by second generation fandom. This isn’t so much determining why Melvin Van Peebles or Dario Argento made the movies they did, it’s recreating iconic scenes and styles from their most famous works without the nuance, historic context, or personal vision. It’s the difference between Di Vinci painting The Mona Lisa as a commission and someone nowadays copying the same painting with all of the cultural baggage its accumulated over the years.

Clownado is genuinely devoted to goopy gore, nudity, turning the air blue and being as excessive as it can be, but it’s a testament to years of this kind of thing how unintentionally adorable it all seems. There’s no guile here. It’s an odd statement for a movie with cannibalism, but from the odd purposefully humorous line to the clear dedication to as faithful a reproduction of a certain kind of cinema within limited means I found myself smiling during some of the most gruesome scenes.

Maybe that was the intention. Another issue with send-ups is trying to find out where the joke starts and the real attempt at validity comes in. How much of Clownado is intended to be taken seriously?
From the premise and quirky characters you might say ‘not a thing’…but then a heartfelt moment crops up, an attempt at suspense or horror emerges, and it feels like two different directors with very different visions somehow collided. It’s also WAY too long for either a goofy or even a splattery horror movie. Very little is clear-cut, but maybe that’s also intentional? Where does the spoof end and the ‘movie’ begin?

I’d recommend Clownado only to those looking for very low tier ‘so bad it’s good’ modern movies. You’ll get some amusement at the bad dubbing, bad special effects, awkward dialogue…etc.
Then again this movie also has lots of nudity, lovingly lingering gore, and those aforementioned moments of nigh sentiment that all doesn’t feel like a parody of an exploitation film so much as literally intending to make a modern equivalent.

It’s ultimately a mess, but it’s a constantly intriguing mess at the very least. A mess from the heart.