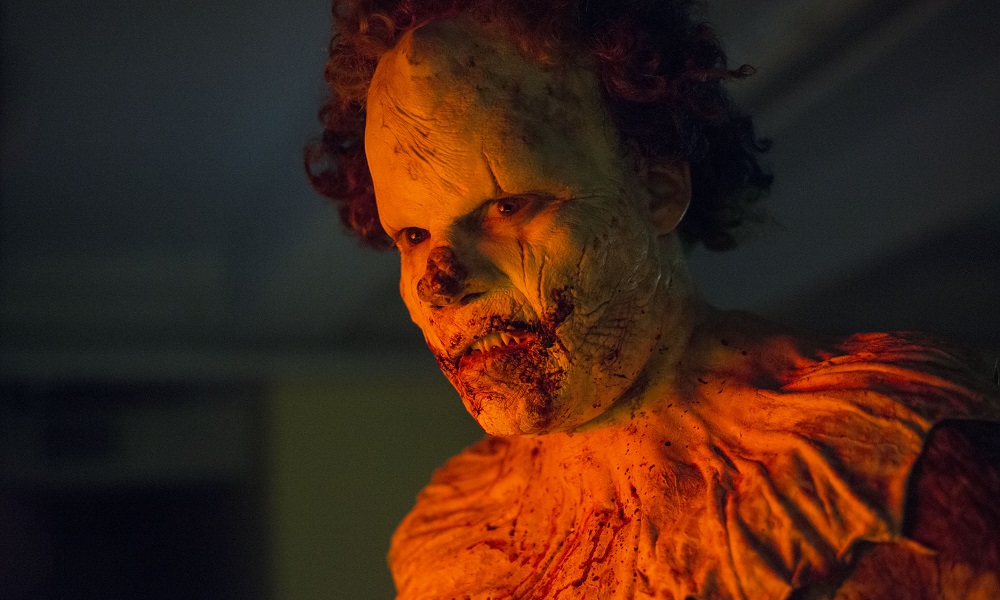 It’s a story as old as time…Man puts on clown suit, man cannot get clown suit off, man turns into a child-eating demon. Ok so it’s not as old as time but it is the plot behind “Clown” a film produced by Eli Roth and helmed by first-time Director Jon Watts. Now, why is Jon Watts significant? Well, somehow Jon Watts whose previous directorial credits include episodes of the Onion News Network has been tapped to direct Spider-Man: Homecoming, the latest reboot of the Marvel character since Marvel Studios and Sony reached an agreement to share the character who made his first (rebooted) appearance in Captain America: Civil War. Watts certainly impressed the right people although I can’t say it was based upon this film alone. 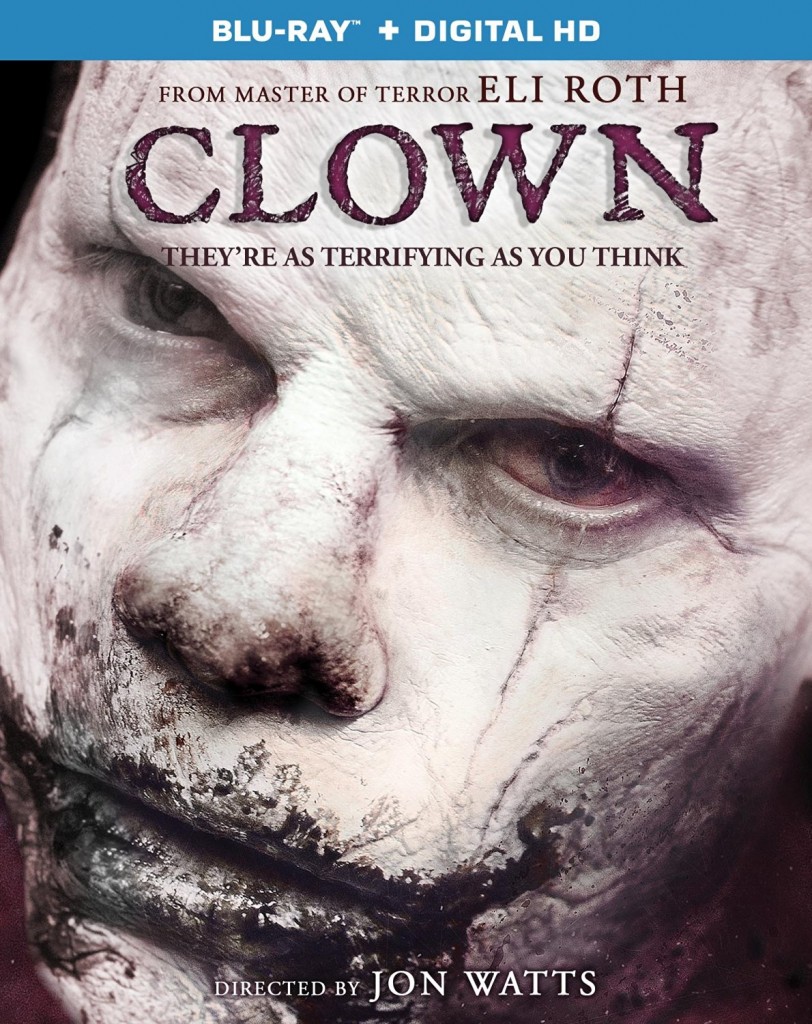 Kent McCoy (Powers) is a real estate agent and loving father to his son, Jack. When the clown who was supposed to appear at Jack’s birthday cancels at the last minute, Kent steps in after finding an old clown costume, complete with multi-color wig and big red nose, in the basement of a house he is selling. After falling asleep still wearing the costume, Kent finds that the next morning he is unable to remove the suit which has adhered to his skin. His wife uses pliers to pull off the nose as well as big chunk of Kent’s skin. Panicked, he tries to cut the suit off but only succeeds in giving himself a large gash. Even the rainbow wig has seemingly merged permanently with his own hair.

Kent tracks down Herbert Karlsson (Peter Stromare), the brother of the deceased man who owned the home where he found the costume. Karlsson relates that it is not a costume at all but the skin and hair of an ancient Scandinavian demon known as a “Cloyne” which needs to devour five children to survive. Karlsson attempts to kill Kent as the only means of stopping the demon. However, Kent manages to escape. But the demon’s hunger soon takes control as Kent can no longer hold off the urges to devour local children and sets his eyes on his own son.

We are used to seeing teenagers as victims in horror films but rarely do we see the targets to be kids this young (10 or under) and that makes Clown a typically brutal Eli Roth film even though the direct violence takes place off screen and we see only the gory results. Kent’s transformation into a demon is methodical and, at times, painfully slow as is the entire movie as a whole. The low energy tone of Watts’ direction makes me wonder how he will handle a superhero action film. One could overlook this if it were building suspense but there isn’t a great deal of that outside of the climax and an earlier, harrowing seen in one of those play places as the clown stalks several kids.

It’s a mostly unknown cast outside of Stromare who always brings his salacious brand of creepiness to every role he plays. Clown isn’t a bad movie. However, it’s not riveting either. Watch it on a Friday night when you need a quick diversion.

The only extra is a short, six minute making of featurette.