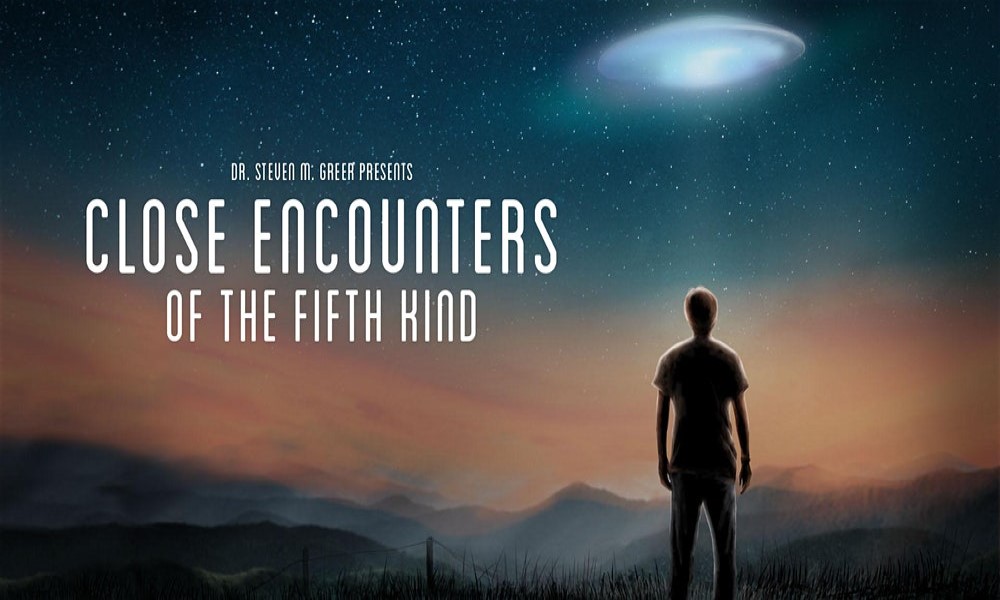 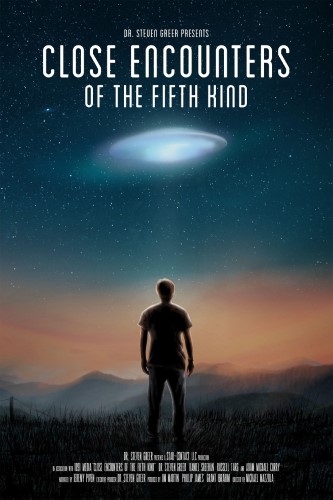 I realize that I’m coming into this with my own preconceptions. The concept of aliens as a ‘real’ phenomena neither interests me greatly nor seems incredibly likely as far as the generally accepted conspiracy theories go. Area 51, Alien Grays, government coverups…its the stuff of science fiction, not science fact to my mind. It would take a great deal of gravitas, meticulous research, succinct reasonable arguments and authoritative representatives to make me reconsider extraterrestrials that have already visited the planet and interacted with humans as anything more than a pipe dream.

Close Encounters of the Fifth Kind takes a different far more irritating and disjointed route. On the one hand we have people referring to aliens and encounters as being comparable to the civil rights movement or a transcendent truth capable of saving out benighted species.

Then moments later the audience is hit with obtrusively upbeat dub-step music, dated memes, and outright jokes seemingly at the expense of taking anything here seriously. I can’t fully commit to a documentary that plays the theme to Close Encounters of the Third Kind without irony during footage of ‘real’ alien evidence. This is like someone trying to convince me of the real existence of Bigfoot…and then showing footage from Harry and the Hendersons.

You can’t both mock your concept and also expect people to take it with deadly seriousness. Some of these people seem to legitimately believe that their lives are in danger or the species as a whole is being kept from some kind of profound revelation and unless ALL of this is an elaborate joke with their involvement or at their expense the flippant style of the production is bafflingly out of place.

Even Jeremy Piven doesn’t sound completely convinced about what he’s been paid to narrate. The notion that government whistle blowers and respected military officials have come forward with their own beliefs about UFOs being real and being extra-terrestrial is potentially interesting because some of this is provable, from documentation to interviews that exist of seemingly rational people declaring the existence of aliens.

What is LESS believable is when the production veers into a very New Age completely faith-based combination of Eastern-inspired popular gestalt religious philosophy and downright circumstantial iteration of ‘experiences’ of extra-dimensional powers, substantiated only by grainy videos.

It sounds exactly like people talking about experiencing ghosts after using Ouija boards. I realize super advanced science is supposedly causing these events making them ‘rational’ but the descriptions are literally magical and there’s a few who describe them like trying to lure new coverts to a cult.

Then there’s the choice for interviewees. I’m not going to trust Ben Affleck’s clearly shoddily edited interview in which he says CIA operatives are lurking in Hollywood. I’m just not buying that aliens being the bad guys in a couple of movies means that the government is ‘preparing’ humanity for an interstellar war.

Good rule of thumb: if it sounds exactly like the ramblings of a drunken homeless person, you probably shouldn’t take it as unquestionable fact. The whole idea of aliens already visiting humanity was goofy enough but this production also asks you to accept shadow governments, undisclosed wonder weapons wielded by secret organizations, latent psychic powers like astral projection used to contact pacifistic alien civilizations…the list goes on. It’s all fascinating from the perspective of science fiction drama.

It is not remotely believable by anyone who has the slightest grasp on reality.
It’s also incredibly narcissistic: a gnostic self-focused belief that certain ’special’ people can change the world. This is all the more of an indication that this ‘new’ and ‘powerful’ way of thinking is just the same old mystery religions with an instantly dated coat of paint.

And it’s not even a good advertisement for the garbage it’s trying to sell.
Who is the audience here? A bunch of documents and interviews and photographs might have been interesting to the casual viewer, but when the argument demands you accept literally EVERY conspiracy theory that was ever floated online. There’s nothing original: it’s a hodgepodge.

This film feels (and continually credits itself) with being bold and unique and groundbreaking.
Really we’ve heard of all of this. Pop-cultural misandrist utopianism. Magical-psychic extraterrestrial replacement and reintegration of traditional religious faiths. Government conspiracies. This was nothing new even before the Roswell craze and before the tragic mass suicide of Heaven’s Gate. And yes, it all ends with an add for an iPhone App.

It would be nice if this all felt like a legitimate appeal to the better nature of mankind if through the misguided lens of mumbo jumbo. This feels more like a deliberate attempt to rally a bunch of aimless people into an isolated community of ‘the chosen’ for political reasons. That’s more than a little frightening given history’s numerous examples of similar splinter groups.

Fifth Kind likes to post little aphorisms to make itself feel connected and deep throughout.
Here’s one it missed: Those who cannot remember the past are condemned to repeat it.