Five hundred years ago a weapon was created that the creators couldn’t control. An infestation that ate magic and anything else it came into contact with. Since the creation only a team, known as sweepers, are able to defuse and 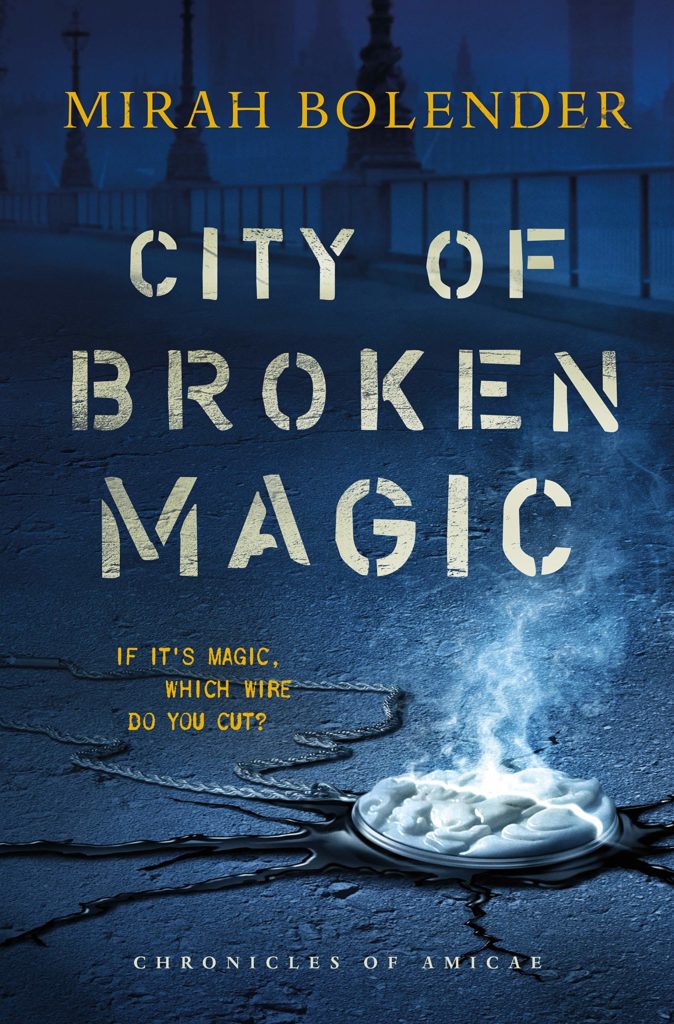 dispose of infestations before they spread. But because it’s a dangerous job most sweepers don’t make it through training alive. Laura has convinced head sweeper Clae to take her on as his apprentice and teach her the way of the sweepers. It’s not common for women to be in the work force so she has to work twice are hard to prove herself.

At the moment of starting this book Clae and Laura are the only sweepers of their city, and they have to diffuse amulets that have become infested. Their job is made harder because the council is telling the people that they are safe between the walls of their city and that infestations rarely happen. It is why their team is so small and why training is mostly during actual infestations.

The whole idea of having to diffuse amulets that have become infested is an interesting and original idea. But it lacks a little in the world building. The world building was very confusing. But when there new apprentice we suddenly get a chapter full of info dump on things we hadn’t been told before. But that didn’t make things any clearer, it was hard to grasp what kin was or what the pitts, where they put the diffused amulets, exactly did.
There are many parts that don’t make sense and seemed like they were just fillers. Why did Clae not tell Laura why the tree they visited was important. I don’t understand how the whole city does not know that they still have so many infestations, ones that aren’t just placed by the mobs. It just doesn’t make sense for them to believe that when they know the city’s nearby still have to deal with the infestations.

The character building on the other hand was great, I really liked Laura and the growth she goes through in the book. The jealousy she feels for the new apprentice did seem to go a little over the top, but some is understandable considering that it was only Clae and her to start. Clae is brass, rude and won’t negotiate in the beginning. But as the story continues we discover things from his family and his past that clearly shaped him to who he is now.

Overall I still think this book is worth a read, it may take awhile to read because of the slow pace. The world building isn’t strong, but the idea and characters are still great to read about. It seems like it will turn into a series and I’m interested to see where it will go from here.