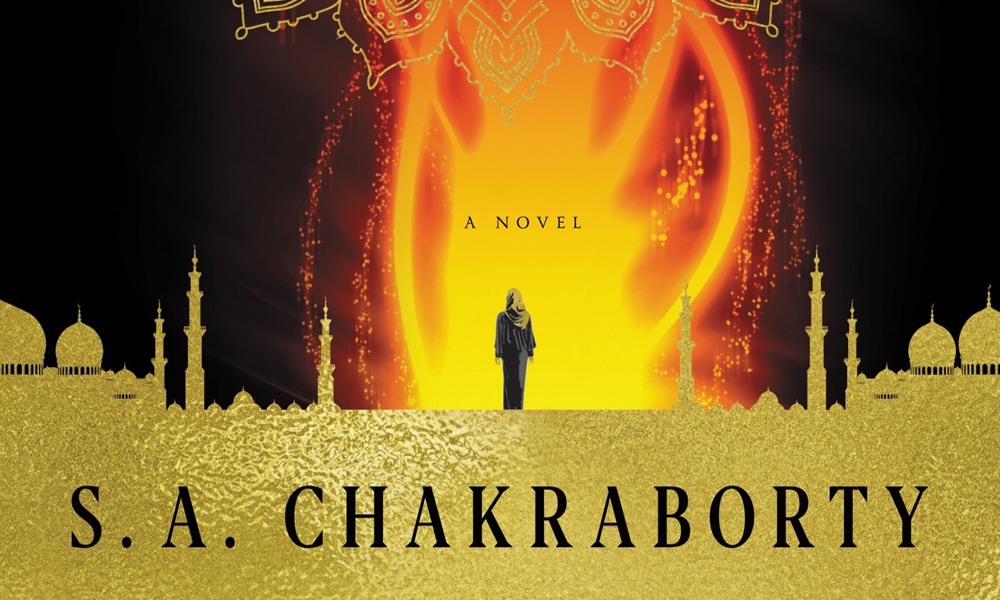 Written by: S. A. Chakraborty
Published by: Harper Collins
Pages: 544

Nahri is a con-artist orphan with dreams of using her mysterious healing abilities as a doctor. Navigating 18th 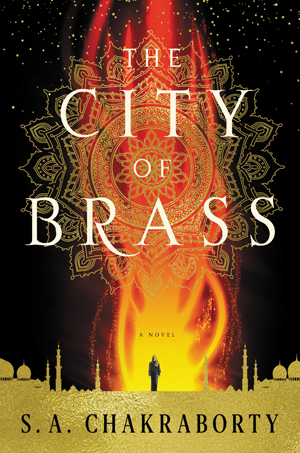 Century Cairo isn’t easy, though, and times are hard for Nahri. She pulls a brand new con and finds that she has alerted an ifrit to her existence, and accidentally summoned a djinn named Dara. He immediately, and inexplicably, takes charge of Nahri and pulls her into a world she never suspected. Along the way she finds herself wrapped up in centuries-old feuds, navigating family ties and politics among the long lived djinn race.

From the start this book is a breath of fresh air. In a sea of fantasy stories set in pseudo-Europe, the setting alone is enough to draw the reader in. 18th century Cairo is richly painted, with the people and places described convincingly and engrossingly, without the prose being flowery or over the top. The richness of that setting helps establish realism as the story follows the pair across the desert and into the City of Brass, Daevabad. Once there things do get a bit muddled. There are a lot of families and factions to keep track of, and at times it’s difficult to keep them all straight. This is especially true before Nahri reaches Daevabad, when Alizayd (a daeva prince) is our only perspective. Things seem to simplify once the reader can see the city through Nahri’s much less experienced eyes. However, these sections of the book can get dense.

The same freshness extends to the cast of characters and the mythology that S. A. Chakraborty uses. There’s nary an elf or dwarf to be seen, but you will meet djinn, peris, and marids, all sentient races corresponding to the elements (fire, air, and water respectively). Suileman the Great, and how he ties into the djinn, features heavily in both the backstory and why Nahri is so important to the other characters schemes and feuds. Without giving too much away, the plot uses some nice twists on the ‘orphaned main character’ trope, and family and loyalty is a central theme throughout. I really enjoy that aspect, and I think those parts are very well handled.

Less satisfying is the fairly predictable romance that develops. It doesn’t feel shoe-horned into the story, but I did see it coming, and it developed along fairly traditional lines. I hope as the next books come out that will be developed with a bit more nuance and freshness to match the rest of the plot.

Lastly, this is the first in a series, and I wouldn’t go into this book expecting to be able to get one complete story. The plot does, on review, feel like it’s a setup for more to come, and the ending doesn’t go in for putting a neat bow on things. That said, it didn’t come across as starting slow, or having bad pacing. Events start quickly and continue apace. Rather, it becomes obvious fairly quickly that the overarching concerns will require a long view. That makes sense though, since many of the characters have lived, or expect to live, on the scale of centuries.

Overall, I highly recommend this book to any fantasy fans. If you’re looking for a setting and plot elements that you don’t generally see, this is a fabulous place to start. The City of Brass is a fresh new look at stories and fantasy elements many readers think they already know. I’m really looking forward to the next in this series, and more in general from this author.