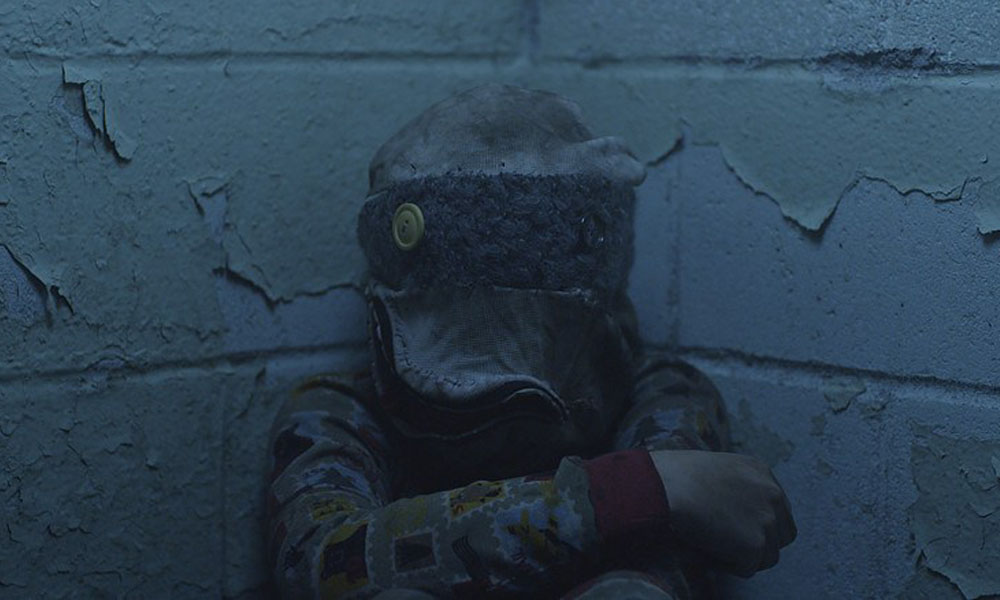 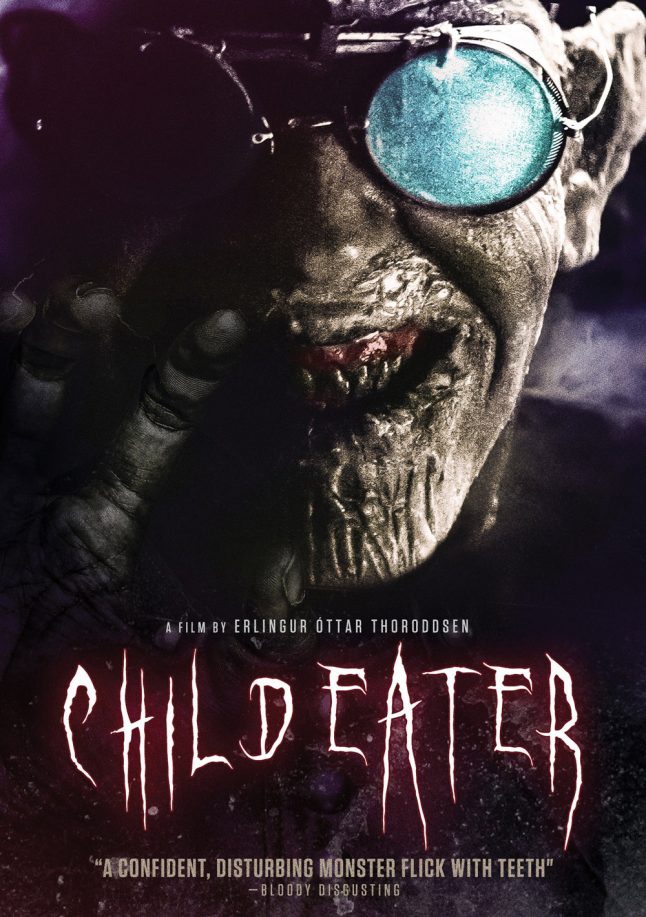 Over the past few years films like The Babadook, It Follows, Bye Bye Man, and Sinister have played upon the theme of an urban legend boogeyman that primarily preys on children and young adults. Child Eater falls into this same class of films although with a considerably smaller budget. Although it is an Icelandic produced film it features an American cast.

Helen Connolly is a young, twenty-something year old who lives in a small, rural town. Her father, who also happens to be the town sheriff, sets her up with a babysitting job for a new resident watching his young son, Lucas. The town has its own legends about a serial killer named Robert Bowery (Jason Martin) who years earlier preyed upon kids and ate their eyes in order to keep from going blind. Helen’s boyfriend shows up at the house unexpectedly and she reveals that she is pregnant. While they are distracted Lucas disappears.

Helen and her boyfriend scour the woods for the boy, leading them to an old, abandoned campground and zoo where the killer murdered his victims 25 years ago. Also haunting the woods is Ginger, the only person to have survived an attack by the fiend although it cost her one of her eyes. For years she has been waiting for the killer to return so she can have her revenge. Along with the small group of officers from the local sheriff’s office, Helen and Lucas battle for their lives against the seemingly indestructible madman who wants to make a meal of their eyes.

Child Eater makes the most with its limited budget. While there are no big-name actors most of them, particularly Cait Bliss as Helen and Colin Critchley as Lucas hold their own pretty well and since they are the two main characters they have the most screen time. Some of the supporting cast members are not as capable but they are not bad enough that they distract you from the story.

The story, however, is littered with holes. There’s no background to the killer. No reason given to explain his 25 year absence or the reasoning for his supernatural powers. He just “is” and we are supposed to accept that as fact. That’s quite a tall order for horror fans who tend to like a little more character development from their antagonists.

There’s certainly an ample amount of blood for gorehounds including several creative ways to remove a victim’s eyes from their heads. The makeup of Bowery is effective and moderately original. This is Director Erlingur Thoroddsen’s first feature film and it is based upon his 2012 short film of the same name. While it’s not a great film by any means Thoroddsen certainly shows some promise in the genre and I’ll be looking forward to his next film.