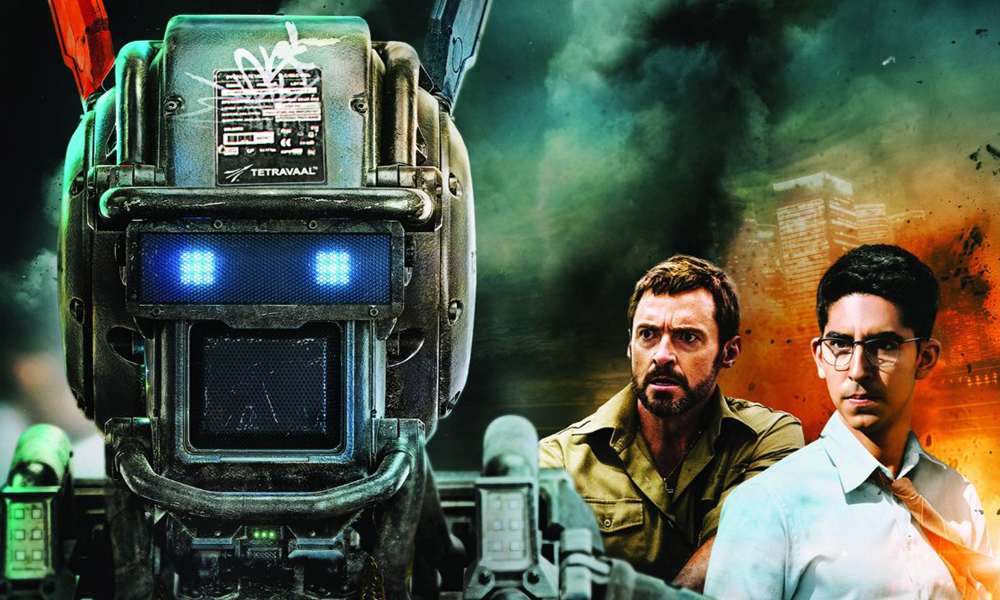 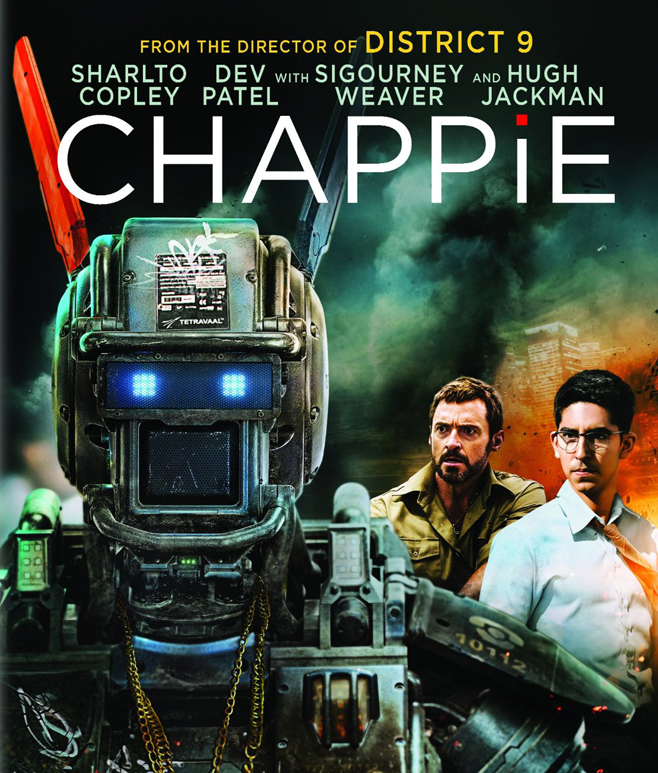 When the first trailer for CHAPPiE arrived, I thought it was just another Short Circuit (1986). A  more modern telling, but the same story nonetheless. I wasn’t too far off in my assumption, however, CHAPPiE takes a big cue from story of “Pinocchio,” too. From the director of District 9 (2009), Neill Blomkamp, comes the story of a robot police officer who is given consciousness.

Deon Wilson (Dev Patel) is an engineer who has designed the perfect robot to police the city streets of Johannesburg, South Africa. His machines work perfectly, as do the fail-safes his company has put into place to protect their investments. Orders have come in from all over the world for his robots, but Deon wants more and to push his creation further. So, he developes a new CPU will that will give his robots the ablity to learn on their own. When he asks his boss, Michelle Bradley (Sigourney Weaver), for a damaged robot to use as a test subject and is denied, Deon takes matters into his own hands and plugs his device into a scrap bot.

Really nothing new here as far as the plot goes. Deon is the type of man who doesn’t sleep, works all the time, and wants to push his creation to the next level. He has a rival, Vincent (Hugh Jackman), who has his own design that is considered too war-like (think ED-209 from RoboCop). Eventually, Vincent will get something on Deon, screw up Deon’s unofficially licensed experiment and get to use his machine. By all accounts, this part of the story is run-of-the-mill. What sets CHAPPiE’s apart is how the robot is raised and the ending.

A great deal of time is spent on flushing out the world in which Deon’s robots, The Scouts, are used. There is practically a war going on with gangs and The Scouts are brought in to stop it. We are introduced to three gang members who become indebted to a fourth. Ninja (Ninja), Yo-Landi (Yo-Landi Visser), and Amerika (Jose Pablo Cantillo) need more money than they can raise in less than a week. Their path crosses them with Deon in the midst of his experiment and he is forced to give up his thinking Scout. These three gangsters become surrogate parents to what Yo-Landi names “Chappie”. Though smiliar to Pinocchio meeting Honest John, Gideon and Lampwick, these three come to “care” for Chappie. Chappie in turn learns to love them and he becomes part of their family.

Yo-Landi is not what you’d call the “Mother of the Year.” However, Yo-Landi Visser plays her with an underlined sensativity. You believe that she does care for Chappie as if he were her own. A lot of credit also has to be given to Sharlto Copley for breathing life into Chappie. His performance is not only robotic in manner, but also childlike in his understanding of the world. If you mix that with his rabbit-like ears, which provide a lot of emotion, Jar Jar Binks looks like stale watercolors.

I had mentioned two points where CHAPPiE departed form the norm, and here is the second. In the finale where Chappie battles Jackamn’s ED-209 clone, we have several surprises. The first is the fate of Deon. Blomkamp took Patel’s charcater to a different place that asks numerous questions, much like the fate of Wikus in District 9. As for Chappie, his new complete freedom insured that the world would now be a different place. How the world will change was hinted at, but we are left to guess what is to come.

This is not where I expected to go in the course of the movie. I really did expect Short Circut all over again. I found myself thinking about the reprocussions of these events, afterwards, and how close they are to becoming a reality. That’s not only good science fiction, it’s great.

Blomkamp’s sophomore effort, Elysium (2013) took a lot of flack for its story. Then again, how could it not when the film over-preached a future of haves and have-nots. Good Science Fiction tells an interesting story that holds up a mirror to the audience without them subconsciously knowing it. Blomkamp was a little too heavy handed with Elysium. CHAPPiE is different. The story of one being’s self discovery is not idealistic, nor is it awe inspiring. In fact, it is dirty with life lessons at every turn for Chappie and us to learn from.

Chappie: The Streetwise Professor: An inside look at Chappie and casting Copley to play the robot and his performance via motion capture.

Arms Race: The Weapons and Robots – Get a deeper look at the real-world firepower tech and the design of the Scout robots & Moose.

From Tetra Vaal to Chappie: An in-depth exploration of the scriptwriting process, the early concept design work and other aspects of pre-production.

Keep It Gangster: A behind-the-scenes look at the process of creating an authentic South African gangster world featuring interviews with NINJA and ¥O-LANDI VI$$ER.

Jozi: Real City and a Sci-Fi Setting: Discover the history of the real world locations in the film and the role these setting played in the fictionalized version of Johannesburg.

The Art of Chappie

One thought on “CHAPPiE Blu-ray Review”