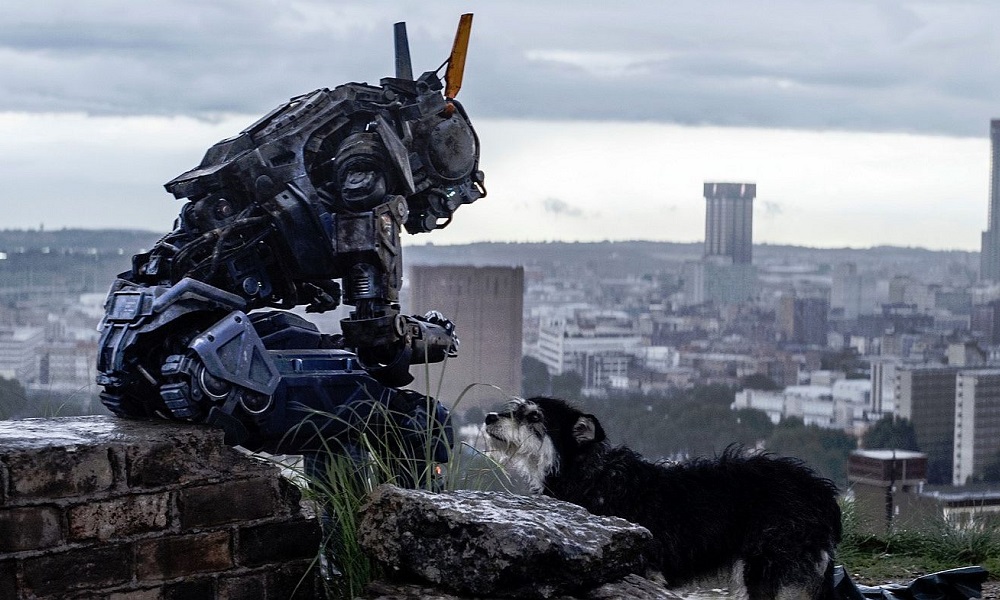 CHAPPiE (2015) is South African director/screenwriter/animator Neill Blomkamp’s third feature-length film as director—and his worst, which is a shame because it could’ve been his best.  It features a Johannesburg, South Africa policed by “scouts,” armor-plated androids that sound almost exactly like Peter Weller’s RoboCop.  And Blomkamp’s movie owes an obvious debt to Paul Verhoeven’s perfect 1987 film of that name.  But unfortunately it didn’t borrow enough from the original RoboCop: it would’ve benefited from a screenplay as perfectly written as Edward Neumeier and Michael Miner’s and Paul Verhoeven’s lurid, muscular directing style.

CHAPPiE instead suffers from an anime-level story and Neill Blomkamp’s rather raw filmmaking technique.  His movies, despite having superb visual effects, feel almost like student films because of his drab documentary style, and this style isn’t appropriate for CHAPPiE.  The movie feels morbid and impersonal, which is diametrically opposite what it needed to be because the plight of the childlike “Chappie” is its emotional core.  Chappie is a scout marked for destruction after being damaged in a shoot-out and then stolen by the scouts’ developer to be used as a body for the “high-level AI” he’s created. 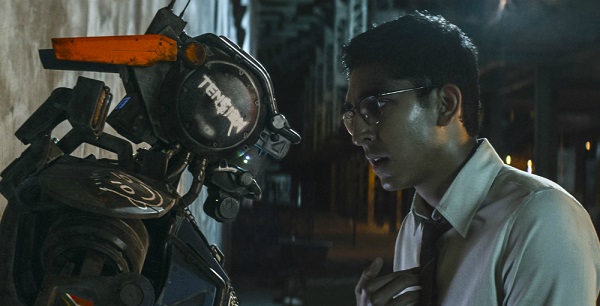 The scouts’ developer, played by Dev Patel, works for Tetravaal, “a publicly traded weapons corporation.”  And—as Anderson Cooper informs the audience in an exposition-providing faux newscast (a different kind of “fake news” for him)—his creation caused crime levels to plummet and Tetravaal stock to skyrocket. Sigourney Weaver plays its icy CEO, and Hugh Jackman plays one of its other lead developers, a mulleted former soldier who “has a fundamental spiritual issue with artificial intelligence” and wants the police to utilize instead his own creation: MOOSE. MOOSE is an elephant-sized robot that resembles the original RoboCop’s ED-209 and is remotely controlled by a human operator’s thoughts.

But the police don’t want MOOSE because it’s “overkill.”  And Tetravaal’s CEO doesn’t want the scouts’ creator’s new humanlike AI (“the world’s first proper, full artificial intelligence”) because the company doesn’t need “a robot that can write poems.”  The frustrated ambitions of both the scouts’ gentle, nerdy programmer and the MOOSE’s sociopathic, rugby ball-smooshing creator are the main impetuses of the movie’s plot.  And CHAPPiE’s premise and basic plot are solid.  The execution is what’s seriously flawed, which is curious because Neill Blomkamp said “it was extremely close to the film [he] had in [his] head.” 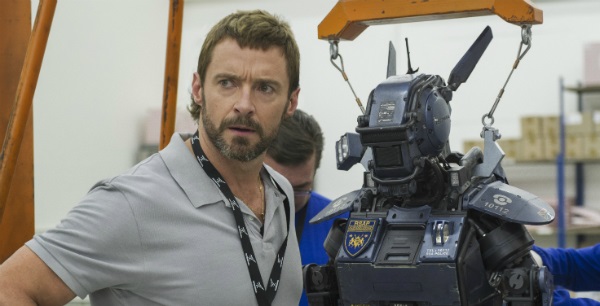 The themes that Blomkamp seems to have had in his head are what it means to be human, the nature of consciousness, and mortality.  But CHAPPiE handles this profound stuff with the childlike naïveté of its eponymous android.  In fact, it could almost be mistaken for a children’s movie if not for its adult level of violence and profanity and depiction of criminal culture.  At one point, Chappie’s programmer even sits him in front of a blank canvas and tells him, “Anything you want to do in your life you can do. … Don’t let people take away your potential, Chappie.”

But someone did take away CHAPPiE’s potential—its co-writer and director Neill Blomkamp.  The movie could’ve been, like Paul Verhoeven’s RoboCop, a rousing, hyperkinetic, pleasingly quirky SF actioner spiked with Philip K. Dickian themes and subversive social commentary.  Instead, it’s a bland, undercooked stew of cyberpunk SF clichés and unengaging characters.  It’s like an old low-budget RoboCop rip-off retrofitted with CGI to provide it with credible visual effects and the likenesses of Hugh Jackman and Sigourney Weaver.  CHAPPiE isn’t a solidly bad movie, but its negatives do outweigh its positives.