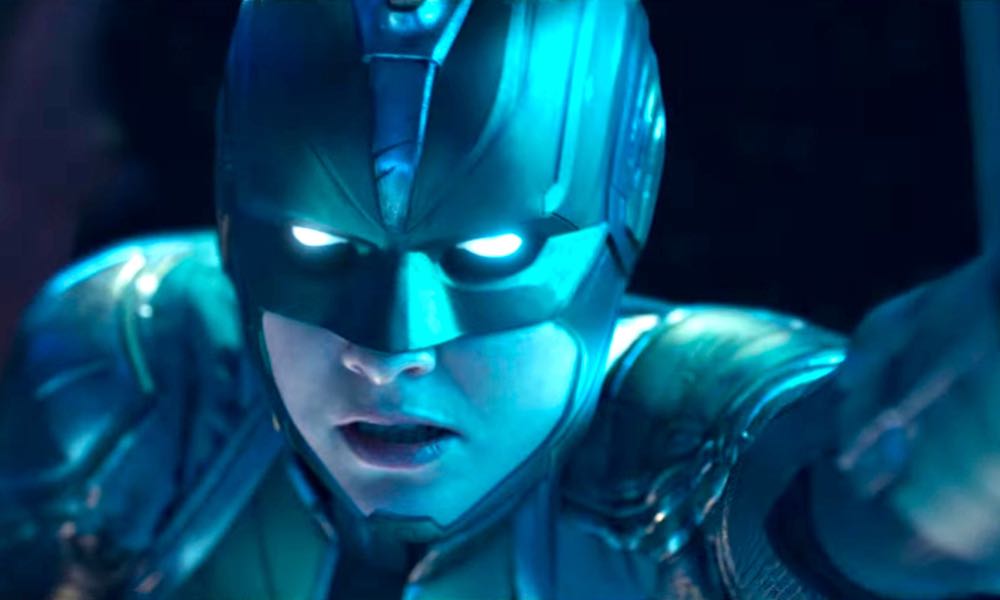 The trailer, which features Larson’s Captain Marvel at a point where she begins to question her history after she starts remembering her previous life on Earth, before she became part-Kree and a superhero. The trailer also features Samuel L. Jackson, looking much younger, and gives audiences a look at Jude Law as Mar-Vell.

Captain Marvel is directed by Anna Boden and Ryan Fleck from a script by “Inside Out” scribe Meg LeFauve and Nicole Perlman. The project, based on the Marvel character Carol Danvers, an Air Force pilot whose DNA is fused with that of an alien during an accident. She becomes Captain Marvel after she gains the superpowers of strength, energy projection and flight. Captain Marvel is set in 1995.