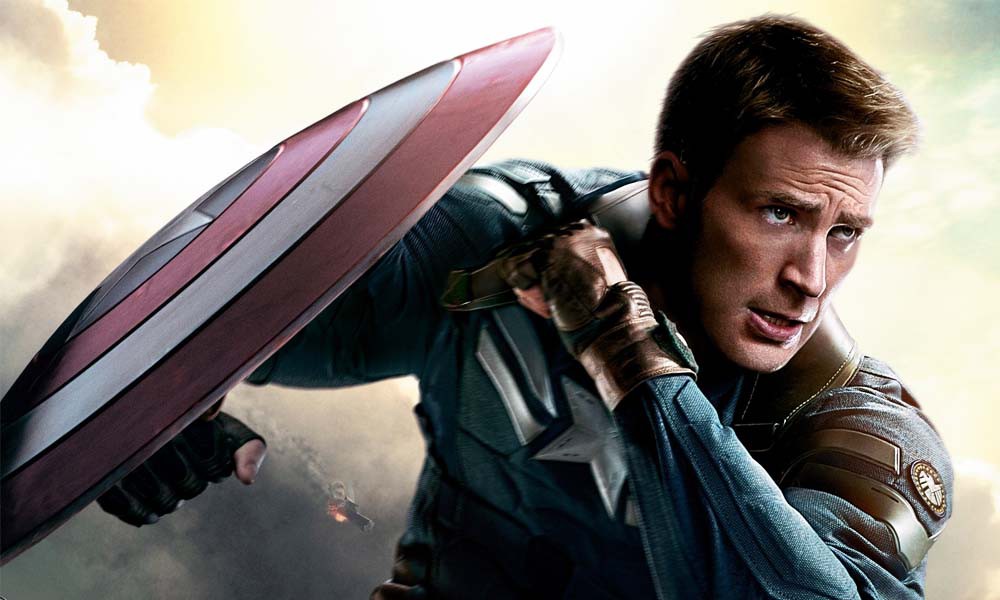 It’s getting to the point that if you didn’t grow up reading Marvel Comics you need to take a refresher course before every movie based on them. The world of the Avengers and S.H.I.E.L.D. now encompasses several movies and TV shows, with characters jumping back and forth among them, and hints of things to come. Indeed, the second of two tags during the closing credits is almost unintelligible to the uninitiated. (Hint: it’s a tease for the 2015 Avengers movie.)

As the individual franchises go, Iron Man is still the best because it has Robert Downey Jr. as the sardonic Tony Stark, while Thor and Captain America simply offer up bland beefcake in the title roles. After all, no one came out of the last Thor raving about Chris Hemsworth. The buzz was all about Tom Hiddleston’s Loki.

Chris Evans has a similar lack of star power as Captain America who is, truth be told, a rather boring superhero. He seems to have super-strength and a shield that can be used both offensively and defensively, but otherwise the most interesting thing about him is that he’s seventy years out of his time. He’s a World War II G.I. trying to understand the 21st century. Unfortunately, not much is made of that.

Instead, we have yet another plot to take over and/or destroy the world. S.H.I.E.L.D. (the good guys) seems to have been infiltrated by bad guys who plan to establish a new world order by first engaging in mass murder. Helping them is the mysterious Winter Soldier (Sebastian Stan) who has a tie to Captain America’s past. When assassins try to take out Nick Fury (Samuel L. Jackson), it’s up to Cap, Black Widow (Scarlett Johansson), and Cap’s new friend Sam Wilson (Anthony Mackie) to defeat them.

Oh, Sam is a superhero too, donning robot wings that allow him to fly as the Falcon. While it’s unusual to see Robert Redford turn up in a movie like this, he might have held out for some superpowers of his own. Instead, he’s “merely” Alexander Pierce, an ordinary human who happens to be on the World Security Council, which oversees S.H.I.E.L.D.

If you’re confused, don’t worry. So long as you can remember who to boo and who to cheer, the details don’t really matter. If Cap and Black Widow discover a secret installation, they’ll be discovered by the bad guys just after they get some crucial information. If there’s a countdown to world destruction, the key moment will be in the final few seconds. As for all those innocent bystanders killed along the way? Pay them no mind. If they were important then Nick Fury would have invited them to join the fight. (The one notable exception, as always, is Marvel Comics creator Stan Lee who pops up here as a guard at the Smithsonian.)

For all the exciting action set pieces and all the thought about creating this complex Marvel universe, one might ask why the Avengers didn’t assemble to fight off the end of the world here or in the last Thor film. While viewers are expected to recognize references to the other movies and the whole comic book history, they are also expected to take the individual movies as taking place in a vacuum. The Winter Soldier and Captain America are pretty evenly matched. What would have happened if Iron Man, Thor, and the Hulk showed up as well? We’ll never know.

For those invested in the Marvel superheroes, Captain America: The Winter Soldier ranks high up there. It’s not The Avengers or Iron Man, but it’s better than most of the rest of them. There’s enough intrigue, explosions, and double crosses to keep you going through 136 minutes.

Although there are new Spider-man and X-Men movies coming out, they are separate business deals and are currently not scheduled to crossover on screen in spite of any overlapping history in the comics. The next installment of the Marvel Cinematic Universe is Guardians of the Galaxy, due out this summer. Start studying.