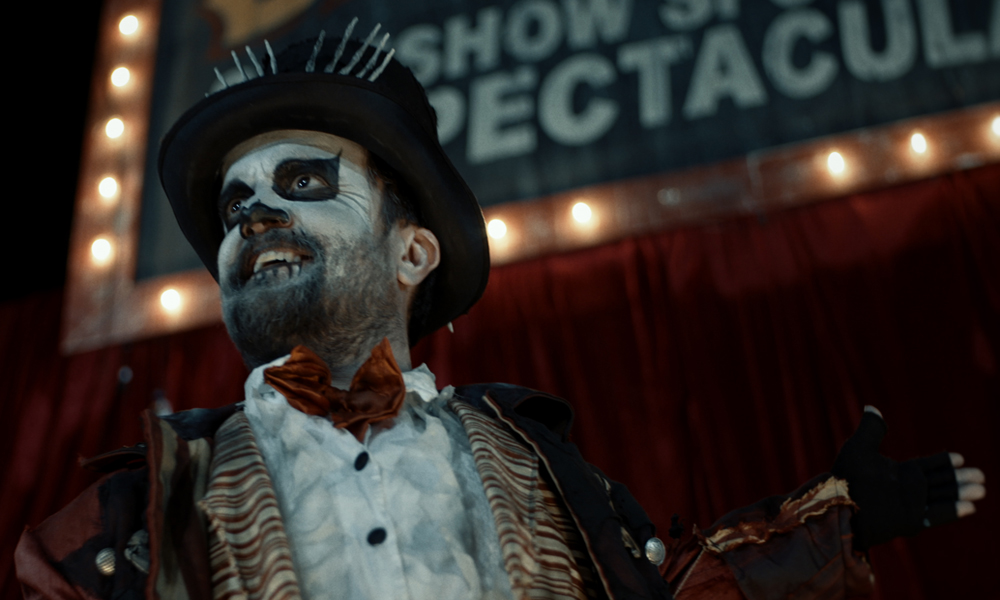 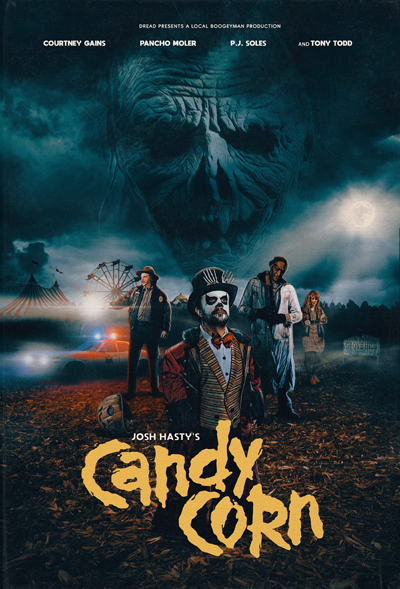 Candy Corn is a Halloween-themed film that brings together three horror icons of the 1970s and 1980s: P.J. Soles (Halloween), Tony Todd (Candy Man) and Courtney Gains (Children of the Corn). However the novelty of seeing these actors together in the same production is overshadowed by a weak script, poor supporting performances, and faulty execution.

In a small town, a group of young men have a yearly Halloween tradition of bullying a mentally challenged outcast named Jacob. With the aid of a local troublemaker name Gus, the four men surround Jacob at the travelling carnival and freak show where he has found temporary employment. When Jacob unexpectedly fights back against the bullies, the men take their aggressiveness too far and deal a fatal blow to Jacob. The Carnival’s manager, a dwarf who goes by the stage name of “Dr. Death” uses a book of black magic to bring Jacob back to life to get revenge on his killers.

On its surface Candy Corn sounds like a slasher thriller in the 80s mode complete with a freak show background of characters. However, Writer/director John Hasty does little with the talent he’s been given and fails to flesh out the bare bones story. Courtney Gains pulls the weight here as the town Sheriff Sam Bramford who is also the father of the boy who struck the fatal blow on Jacob. He finds himself caught between trying to protect his son and catch the killer before he can strike again.

P.J. Soles is Marcy, the sheriff’s dispatcher who spends most of the film nodding in agreement when Bramford says something. The biggest crime is that the usually sinister and menacing Tony Todd is relegated to a very minor role as one of the carny workers who raises objections to what his boss did ultimately falls in line along with the others. They could have got anyone for this role instead of wasting Todd.

Hasty offers little in the way of backstory. Apparently this bullying of the carny workers is all-too-common so are we to guess that Jacob is not the first supernatural killer that Dr. Death has created? There are hints and teases but the lack of faintest attempt at character development makes the movie as unpalatable as the holiday treat for which it is named.

One Piece at a Time (1:51:00) – an Extensive making of documentary that is nearly two hours in length. You have to admire the chutzpa of having an extra run 26 minutes longer than the actual feature film, especially when it is a “B” movie but if you want to know everything about the production then you’re in for a treat