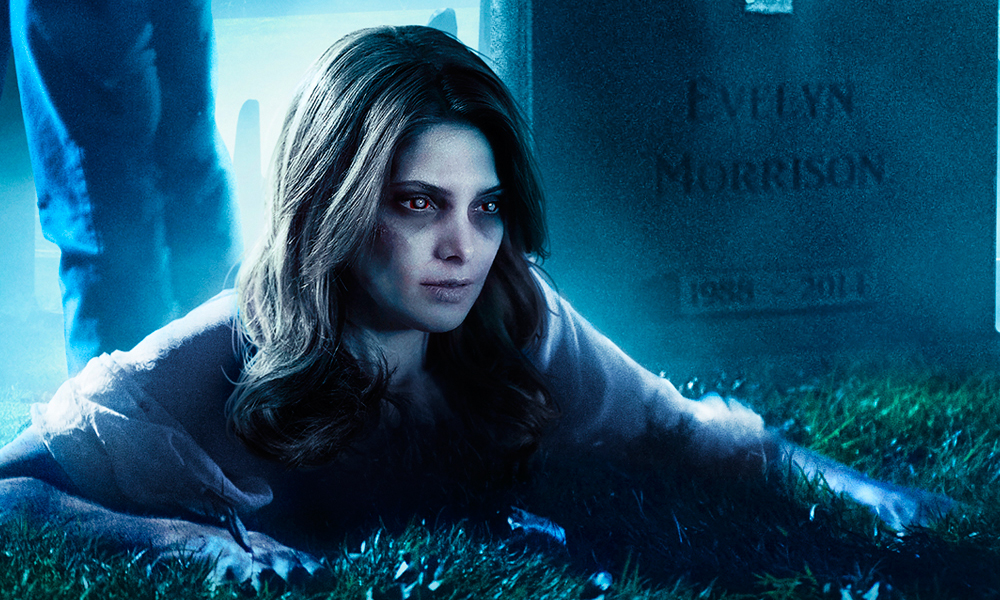 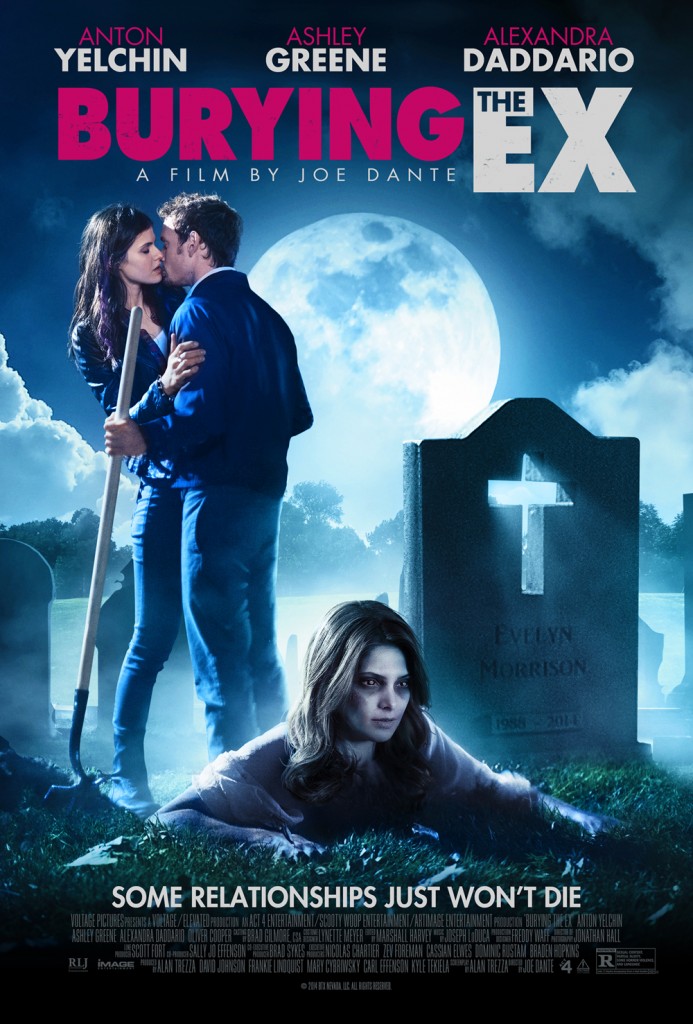 Gremlins, Innerspace, Explorers, and The ‘Burbs are to name but a few of the gems that Joe Dante has given us. When I heard the premise of Burying the Ex and saw that Dante was directing it, I was all in. His films are always quirky and entertaining. What has always struck a chord with me and his films, is that he truly loves movies (see Trailers from Hell for more proof). Again, this premise of a girlfriend dying and coming back as a zombie was too good to pass up.

Max (Anton Yelchin) is in a very mature relationship with Evelyn (Ashley Greene). She doesn’t put up with Max’s dead-beat half-brother, Travis (Oliver Cooper), just like you wouldn’t. Max decides that it is time he and Evelyn move into together, but quickly learns that this was a mistake. Evelyn has mommy issues as well as an insane desire to make sure the planet is completely green. Max, who works in a horror costume store, decides it is time to break up with her. He picks the time and place and is on the verge of doing the deed when Evelyn is killed by a bus. She then comes back from the dead and wants their relationship to continue.

Not your normal comedy or zombie film, but at least the third in a new developing sub-genre called  the “zombedy”. The “how” is a Satan Genie that might as well have been lifted directly from the Twilight Zone. The “why” is because Max and Evelyn make a promise to be together forever, a promise she intends to hold him to. The zombifying of Evelyn is really only a metaphor and the story could have just as easily transpired with her being alive and crazy and not letting go. The whole point of the story is that Max has to man up and break up with her. The one down side to this film is that it feels like it takes forever for him to actually do this.

As it is with any comedy, there is usually a third character involved that shows our protagonist how good life could be. This character arrives in Olivia (Alexandra Daddario). Introduced early on the film, while Evelyn is still alive, she helps illustrate just how possessive Evelyn is becoming. A second encounter reveals that Olivia and Max are perfect for each other and the dilemma of a zombie stay at home ex-girlfriend plot has to play out.

As I mentioned before, the point of the film is Max getting the balls to break up with Evelyn, officially. Here may be an instance where perfect on screen chemistry really hurts a film. Anton Yelchin and Alexandra Daddario nail their scenes in such a way that you want to see the whole story of what happens between the violent climax and the leap to our characters final destiny. In may ways, this film may have been stronger as an actual Twilight Zone or part of a TV horror anthology. Yet, those seem to be too few these days.

Burying the Ex is not bad film in the slightest. If you are fan of Joe Dante, zombie films, and even romantic comedies, you will enjoy yourself. You’ll just keep asking yourself why Max can’t pull the trigger or cut off her head. Bliss is clearly waiting in the wings.

CRITICISM OF THE ACTUAL LOCATIONS IN THE FILM:

Rarely will I step outside of my critical analysis of a film to discuss the real world aspects of a motion picture. Yet, having lived in Los Angeles and visited the same locations as Max and Olivia, I have to say something.

The Hollywood Forever Cemetery is a very cool place to see a film. It is also insanely popular. In no way could Max just scooter over there and walk right in, let alone on Halloween (or Halloween’s Eve). There is usually a waiting line that can be hours long just to get in. Max not only finds Olivia in seconds upon his arrival (I know, it’s a film under a time constraint), but they spend the night there, too. Uh, no.

The New Beverly Cinema is also a great place to see a flick in Los Angeles. Max bumps into Olivia here and they go on their first unofficial date. This is fine, except for the fact that the place is empty! I went to a lot of screenings at the New Bev and it was never not crowded. There were even massive lines for Used Cars and The Oblong Box. Plus, where was veteran character actor, Clu Gulager? This silvered haired legend was always there in the front row at the New Beverly.

I won’t even go into how over dressed Max was for the fall season in LA or the fake fall leaves scattered on the ground.