Bridge of Spies Poster and Trailer Arrives – Latest from Spielberg 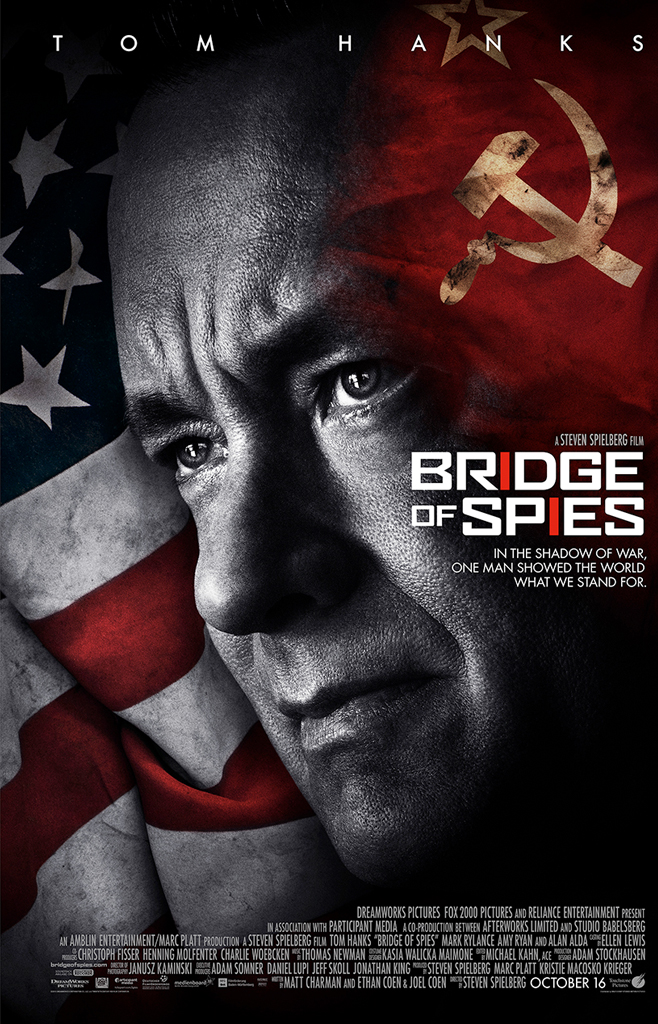 Here is the official poster and trailer for DreamWorks dramatic thriller Bridge of Spies starring Tom Hanks and directed by Steven Spielberg (Saving Private Ryan). If you take notice of the credits in the poster, Spielberg’s normal assortment of behind the scenes crew is present, save one. John Williams is not doing the music for the film! This hasn’t occurred on a Spielberg film since The Color Purple (1985).

Thomas Newman’s Skyfall score was incredible, so we should be in good hands.

Dreamworks Bridge of Spies is in theaters on October 16, 2015.

Synopsis: A dramatic thriller set against the backdrop of a series of historic events, DreamWorks Pictures/Fox 2000 Pictures’ “Bridge of Spies” tells the story of James Donovan, a Brooklyn lawyer who finds himself thrust into the center of the Cold War when the CIA sends him on the near-impossible task to negotiate the release of a captured American U-2 pilot.