BrainDead: A Review of Episode 3, Season 1 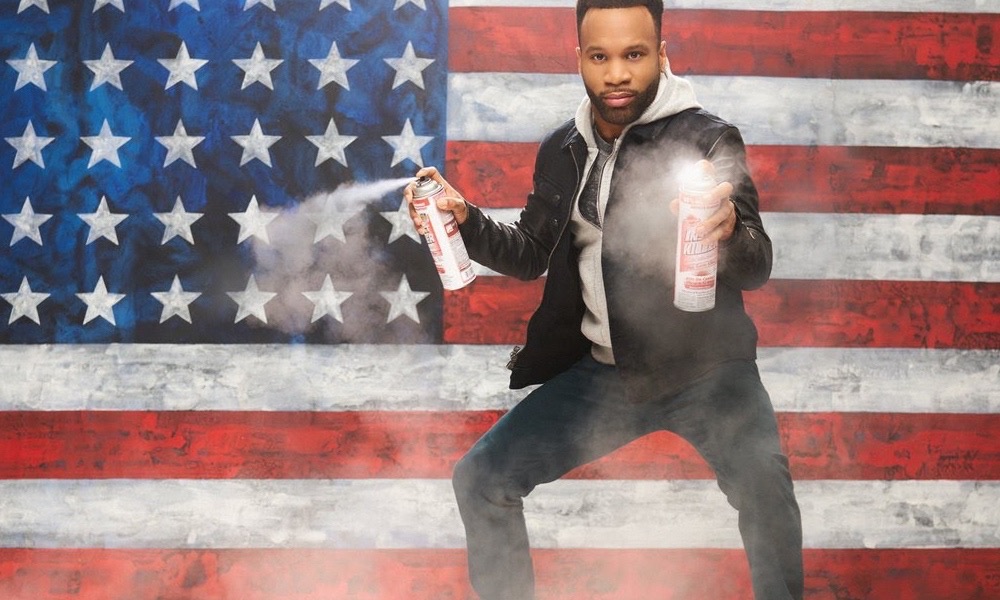 Another head explodes, this time on national tv, as the bugs continue to enlist new recruits in their mysterious agenda.

Admittedly, I was a little slow getting the joke about the 80’s pop song You Might Think by the Cars, featured in this series. Its an ear worm, of the audio variety, a pun of sorts referring to the activity of the bugs in this weird and wacky series. The tune shows up several times again in this episode, which showed an improvement over last week’s effort.

It was nice to see the series showing signs of returning to its original appeal, and seemingly getting back on track. Not just because it was more enjoyable to watch, but because it confirmed my initial instincts about this show and the promise the pilot seemed to indicate about it being a good one. Braindead is a refreshing change of pace in genre tv.

Braindead is managing a difficult task, one that requires the show to straddle, and balance its formula of being a parody of a prime time tv drama/soap opera, while also being an enjoyable and amusing parody of a science fiction story of the Invasion of The Body Snatchers (1956), conspiracy variety at the same time.

This week’s episode did that well, with  a portion of the show dedicated to Laurel’s personal life and her relationship’s with her family, and her romantic interests, while the rest spent its time on the alien bugs, their effects on the political situation, and the characters involved in it. Its still not clear what the bugs end game is beyond radicalizing everyone they affect.

The bugs are a pretty brilliant device as the alien invaders. Because they are bugs, they do well in inducing a sense of paranoia, based on the long established relationship between people and our creepy, crawly insect friends, Their presence on the screen invokes a sensation of itchiness, and checking to see if there are any on you while watching, and their determined, non-stop march makes them suitably threatening as relentless antagonists.

Gustav Triplett’s (Johnny Ray Gill) character, the man depicted earlier on the show playing multiple games of chess simultaneously in the park makes another appearance in this episode. The young man whose friend’s head exploded in the last episode, is more dominant, with a lot more screen time this time around. It seems like his character has taken on a more important role in the story  this series is telling and has emerged as a possible regular on the show.

This is a welcome development as Gill’s portrayal of the nervous, and paranoid Triplett is a good one, and his character is enjoyable too. He represents a nice change from the usual black stereotypes seen on tv, as an intelligent, and well read individual who can communicate well verbally.

Gustav shows up as at Luke’s offices as a concerned constituent under the amusing, and assumedly hastily constructed, alias of Dr Bob Bob, in order to meet and talk with Laurel. He says nothing at the office, but meets her outside as himself, and reveals he is the one who posted the bug video Laurel was watching at the end of last week’s episode.

Gustav is portrayed as a conspiracy nut type, paranoid beyond the norm, and will not talk with her until she hands over her cell phone to be put into an insulated foil bag to prevent them from being overheard by those that may be spying on them. He sees spies everywhere, and initially laurel thinks he’s a nut case.

He reveals his whole theory about the bugs eating people’s brains and taking them over. He is not a scientist, its not made clear what he does for a living. He describes himself as simply someone who reads a lot later in the show, when he meets the daughter of the scientist whose head exploded in the previous episode. He gives Laurel his contact info, which she nearly throws away, until she hears about the more recent case of an exploding head.

As a result of the televised head explosion, the FBI shows up to question Laurel in regards to the event, because she was present when it happened to Dr. Daudier in the ambulance. One of the agents is Tony, the agent who was flirting withe her previously in the show, he is accompanied by a larger man who is all business and very serious to the point of being creepy. He may, or may not, be under the influence of the aliens, who we already know have targeted Laurel.

This is the first she has heard about this event, and Laurel thinks it may be Gareth who has died, so she visits his office, and is relieved to find out she was wrong. Gareth has benefited from the death, and is promoted to chief of staff  to replace the unfortunate fellow who fell victim to the bugs. This episode confirms Laurel is sweet on Gareth, despite herself.

Meanwhile, on another front, Scarlett has sent flowers to Ella Pollack the politician that called for Luke’s removal as party whip, and the flowers, of course, are full of bugs that get her soon after the flowers arrive.

Scarlett is getting more brazen in her alien-affected behavior. In one amusing scene, unabashedly lifted from Kubrick’s 2001: A Space Odyssey (1968), she pulls a Hal 9000, by listening in on a private meeting in Luke’s office by reading the lips of those having the conversation. She also warns Laurel in a threatening manner that she is outnumbered, when she finds Laurel throwing out some of her bug-laced flowers she left in Luke’s office, at his request.

Ella’s bug bites sets her off immediately becoming more radicalized in her views, and directly challenging Luke for his job as whip.This is followed by a series of events on the republican side as well, as they scramble to outmaneuver their political opponents. Shalhoub is creepy and memorable  in his role as Red Wheatus.

Laurel, who already suspects Scarlett is a little off, sees her talking with Ella, and clearly suspects the two are up to something. Laurel also meets with her friend Stacie, who fell victim to the bugs, after her other friend Abby trapped her in her bathroom  in order to make her another victim. Stacie begins bleeding from the ear when Laurel begins testing her with rapid fire questions about their past.

It is clear that Laurel is starting to believe Gustav’s theory about the bugs and she has begun to suspect everyone. Gustav and Laurel meet with Dr Daudier’s daughter, and Gustav tries to convince her that the spots she sees in her brain scans are the insects, that he has come to believe are bore worms. She requires further proof. so he leaves for home determined to find a live sample to show her.

This is followed by an amusing scene of Gustav at home, with Dixie cups taped over his ears while he sits in his room, the floor of which he has covered in insect traps.

He falls asleep, and the bugs are all over him, and it looks like they are about to find a way past his plastic ear protectors, but her wakes up to see one of the traps he has laid is moving, and without inspecting it, he rushes off to see Daudier with what he believes is proof. It turns out he has caught a cockroach, implying the alien bugs are too smart to fall for his traps.

When he left his apartment in a rush, he failed to notice his improvised ear muffs were covered in the alien bugs he desperately wants to catch, and as he leaves they make a bee-line for his cat. he returns home and is depicted using some sort of sensory tech in his search for his insect quarry. His cat meows while he is conducting his search, which he shrugs off, then the cat meows again, and a look of realization dawns on his face as he looks at his pet. The episode ends here.

This time out the show was much more enjoyable that last week’s edition, which i felt got too mired in the political and soap opera aspect of the series the show pokes fun at. This time around the pacing and action of the show made it seem to move along at a much better, and more enjoyable tempo. Also, a lot happened in this episode that moved the story forward this time around. The end game of the bugs has still not been revealed, beyond what we already know about their presence radicalizing the views of people they affect. This episode left me looking forward to seeing what happens next week.

Here is the link the show’s website on CBS:
http://www.cbs.com/shows/braindead/