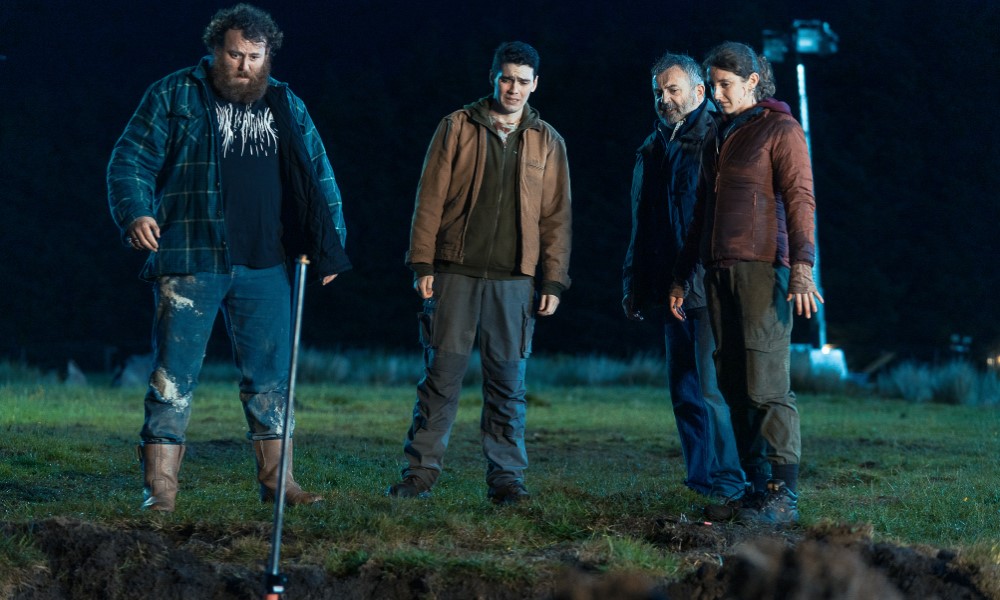 A problem with a lot of genre movies is the sheer volume of contrived lore that is shoved down the audience’s collective throat. Creators waste a lot of valuable screen time and energy trying to catch the characters and audience up to speed. This is not a problem with Boys from Hell County. 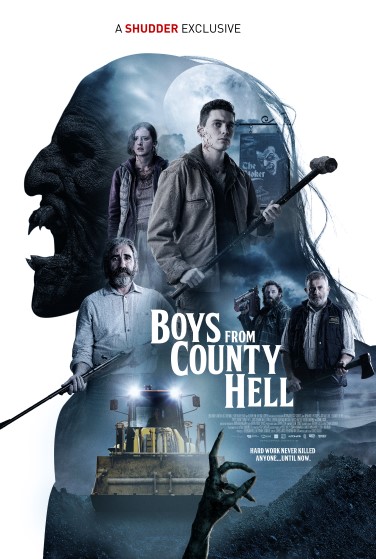 As Eugene (Jack Rowen) observes at the start of Boys from Hell County “Most people don’t even know Bram Stoker was Irish.” Or that Stoker’s most famous creation, Dracula, may have been based upon a local legend about an Irish vampire named Abhartach. Whose gravesite is near their sleepy village of Six Mile Hill whose only claim to fame is that Bram Stoker may have visited the local pub.

This is about all the backstory needed for this movie. Eugene Moffat is a young man who spends his nights drinking and messing with the tourists who come to visit a cairn believed to be Abhartach’s final resting place. A gravesite that Eugene, his father, and work crew destroy to make way for a controversial road project. A choice that helps set off events leading Eugene and the town to believe that maybe the local legend about their vampire may be true.

There is some fun with the story. A lot of the comedy comes from the rough, shit-talking, laborer mentality of the characters. They have their interpersonal conflicts, the most prominent being between Eugene and his father Francie (Nigel O’Neill). Eugene seems to be seeking his father’s approval and love, but his father is not the touchy-feely type. Which lends itself to great comedy at totally inappropriate moments.

There are issues with this movie. First, the Irish is strong. The Irish brogue is truly a thing of beauty, but I got lost a few times as to what was being said, the action on screen speaks for itself most of the time -but it can be a tad frustrating because there is some funny stuff going on in the dialogue.

The special effects are generally on point. There is one gory scene, or I should say goring scene who special effect is a bit underwhelming. It is not as smooth as it should be. I understand the budget and safety of people involved made this the safest of options, but the effect was a bit jarring, not violently just out of one’s suspension of disbelief. It looks like a special effect. It is not a deal breaker though.

The acting and directing was solid, the setting was perfect. The movie is not too heavy in its own lore. It explores the legend of Abhartach as much it must, while also showing us that it is not Dracula. The special effects were for the most part well done. The movie has a few surprises, the last encounter with the villain being the most memorable. I would advise checking this one out.