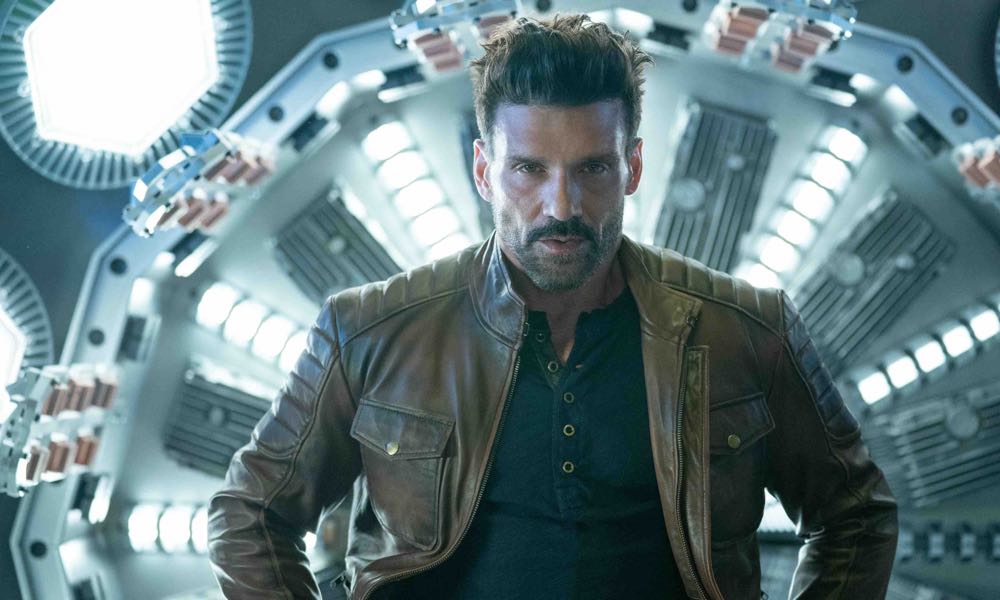 I watched Boss Level this evening, and it was a surprisingly enjoyable and mostly compelling film. The movie starts with a bang, and either you get on board with it or get left behind. In a way, Boss Level is somewhat reminiscent of 2015’s Hardcore Henry with the same relentless violence except better. Like that film, Boss Level has figured out that, arguably, dying on screen can be entertaining in its own right, but with a little effort, how you die can also be very amusing. It’s safe to say that Boss level works the gallow humor to death.

As I said, Boss Level wastes no time getting started and throws a lot of action and coarse language at you fast. The beginning and other parts are composed mostly of intense action reminiscent of Grand Theft Auto’s video game on steroids. The first few minutes of this film include car chases, lots of gunplay, explosions, and even beheadings. The entire movie is filled with imaginative ways of killing people. Although the beginning of the film might seem like showing off and self-indulgent violence, Boss Level is efficiently and simultaneously establishing tone and premise while introducing its characters at the same time, including its main character Roy (Frank Grillo), a capable veteran and the film’s chief protagonist Roy also narrates, the film noir style, and the film follows suit, with parts that seem noirish themselves.

Not familiar with this title? Boss Level is a 2021 American science fiction action film directed by Joe Carnahan and written by Carnahan and Chris and Eddie Borey, from a story by the Boreys. It stars Frank Grillo as a retired special forces soldier who tries to escape a never-ending time loop that results in his death. Mel Gibson, Naomi Watts, and Michelle Yeoh co-star.

The cast is all great in this without exception. Mel exudes evil that is almost palpable the entire time he’s on-screen. I wasn’t sure what sort of performance Grillo would turn in based on other stuff he’s been in. I wasn’t sure what to expect, but his performance was nuanced, very sophisticated, and nearly pitch-perfect throughout> Visually, he is imposing. Because of his sculptured physicality, he has a lot of presence on screen. It’s mostly because of Grillo; Boss Level qualifies as one of the best and most memorable actioners I have seen in a long while. Not built to be thought-provoking but to entertain, this film succeeds in its purpose admirably.

Boss Level is a nicely balanced blend of plenty of action, sentimentality, and humor. The film adds in an occasional touch of corniness along with some tongue-in-cheek moments that mostly work well. As the film unfolds, we discover Roy’s time-loop existence in which he is hunted down and violently killed over and over again daily is part of a mystery that gradually unfolds, but not without difficulty. At first, Roy matter-of-factly accepts and is even cavalier about his situation and sees all the violence as the norm. Like the proverbial onion layers, the film slowly reveals the situation’s truth until reality is revealed. Boss level is another new entry into the sub-genre of time loop stories that began with 1993’s Groundhog Day. It borrows elements of that story but is a unique film with an identity all its own. Worth a watch or three. Recommended.