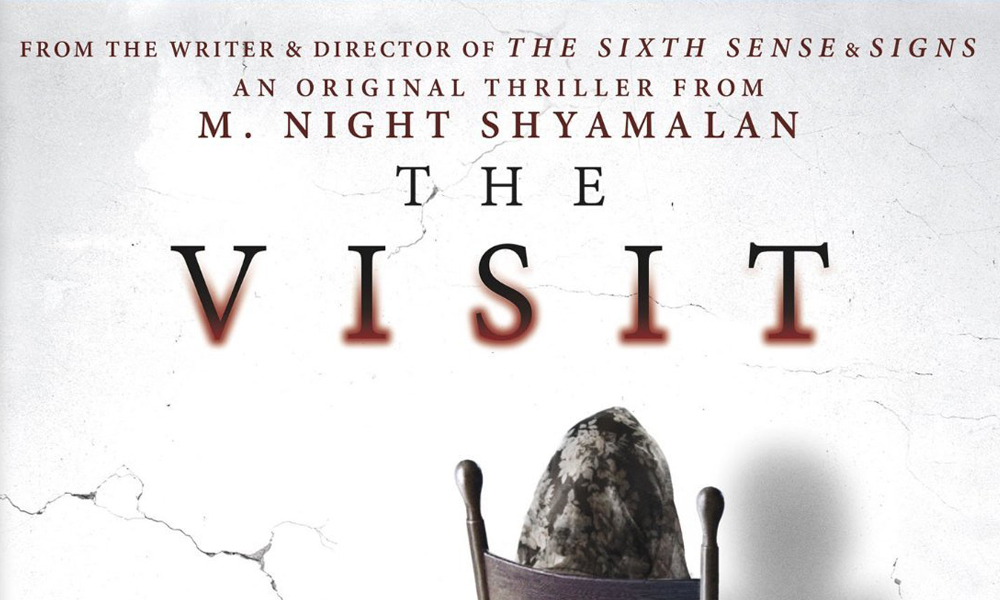 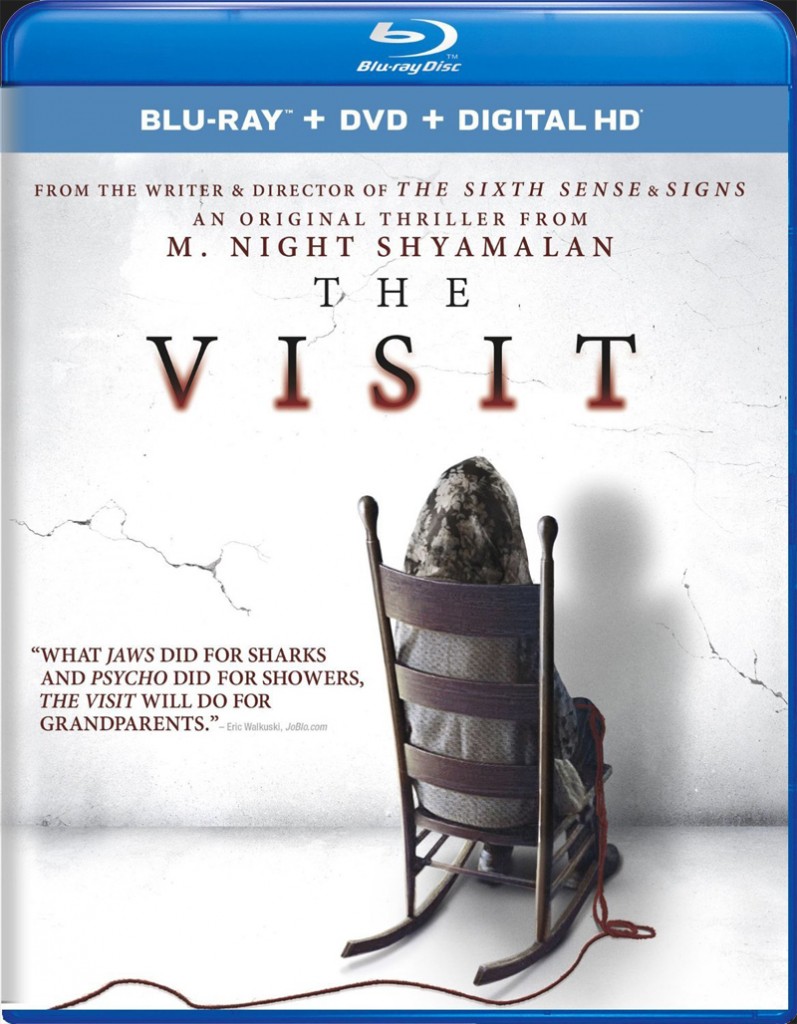 Welcome to 2016 and the first Blu-ray Shopping Bag of the year! This week, we will look at M. Night Shyamalan’s The Visit. When he first came onto to the scene in Summer of 1999, he was considered a Wunderkind. Now his name is synonymous with twist puns and the question, will he ever make Unbreakable 2? Being that M. Night Shyamalan is a from Philadelphia, I feel as if he falls into the Philadelphia sports curse. That town loves a winner and quickly turns on its champion when it fails to deliver. Being that I am also from Philadelphia, I understand that there is also still the hope that our champion can rise again, and am thrilled to report that The Visit is M. Night Shyamalan’s return to form.

There was a lot working against The Visit. First up, it is a handheld/ found footage film. Two kids document meeting their grandparents for the first time. Of course, all is not as it seems and the true horror begins. This genre is tired and constantly being played with since The Blair Witch Project debuted (ironically the same year as M. Night Shyamalan’s The Sixth Sense). Here, M. Night Shyamalan is honest with the genre and keeps the children the focus of the film. If you had never known someone, naturally, even the smallest oddity in one’s behavior would seem strange. It is the subtle hints that allow the audience to spin their own conclusions as to where M. Night Shyamalan taking you.

Staring with The Sixth Sense, M. Night Shyamalan used the “twist” reveal as his way of showing the audience everything, again, for his big reveal. By the time he used this technique with Lady in the Water the audience was over it. The Happening greatly suffered from M. Night Shyamalan backlash and it was good that he went off and did projects out of his wheel house (After Earth and The Last Airbender). In that time he produced a small little film called Devil, which was billed as “M. Night Shyamalan’s Devil”. To the average public thought that he directed the film, so they weren’t interested. He only produced the film, but Devil is an incredible thriller that is very much in the realm of a long Twilight Zone episode. I highly recommend it. Now what does this have to do with The Visit? Whether it was planned or not, M. Night Shyamalan’s The Visit uses what the movie going public perceived of the filmmaker, against them.

The film’s story twists and turns the audience into multiple directions. Are the grandparents evil? Perhaps they are possessed? Are they visitors from another planet? With M. Night Shyamalan’s history of films, it could be any of or all of these outcomes. He keeps us guessing up to the big reveal and doesn’t use his “twist” motif to do so. He reveals all to the characters, with their own camera, and we are given the realization that this wasn’t the type of horror film we were expecting, in fact, it is the best kind of horror because it could really happen. In my opinion, that is the most unsettling. Ghosts, aliens, and monsters in the woods may sell a lot of tickets, but the horrors that people can do to one another supply a great deal more fear.

This was my second time seeing The Visit. It wasn’t the same experience because I knew what to look for and the outcome. This may be one of the few horror films that can’t stand a second viewing. I feel as if it is a better film to pass on and discuss, than to watch over and over again. I had some hesitation on seeing M. Night Shyamalan’s The Visit in theaters. I will have none for his next film, Split, which arrives in 2017.

Bonus Title for the Week:

Roth’s The Green Inferno this week. I really wanted to see the film upon its release but heard nothing from trusted friends that made me feel as it was one to see in the theater. I watched it before The Visit and I have to say it was incredibly tame. The cannibal genre is loaded with unsettling stories and imagery, but here in 2015, and with volumes of titles in the genre, Roth made me wish I was watching one of the older ones over his recent film. If Cannibal Holocaust is the Citizen Kane of the genre, The Green Inferno is A Good Day to Die Hard.

Memories of the Sword

Over Your Dead Body

Scouts Guide to the Zombie Apocalypse

Some Kind of Hate