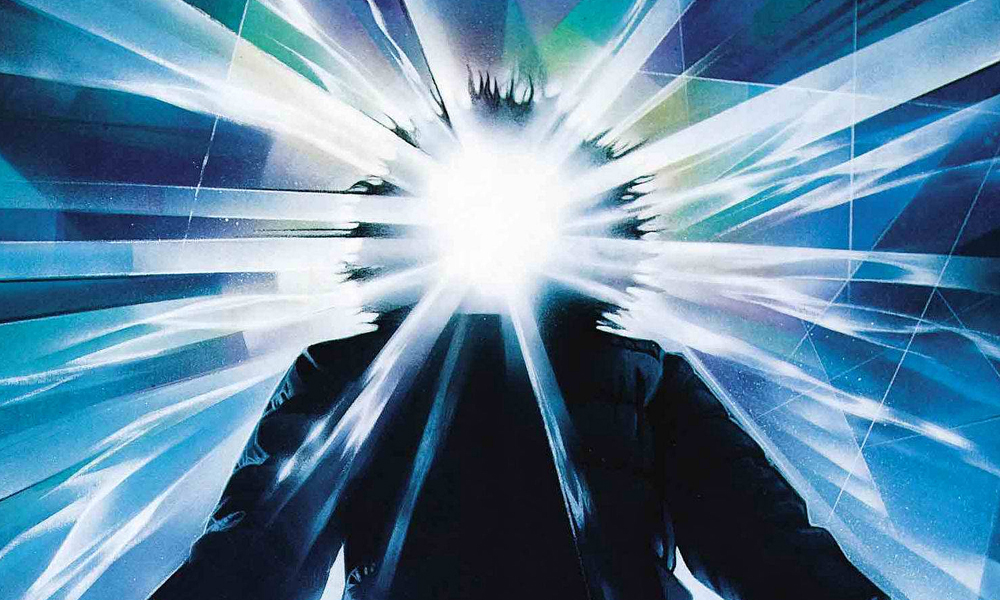 The Thing (1982) features Kurt Russell, Wilford Brimley, and Keith David is an updated version of The Thing from Another World (1951) and is directed by John Carpenter (Halloween). This tale takes place in Antarctica. The United States government has set up a facility, there, doing research, experiments, and, well, they never really do say what they are doing down there, but that isn’t important. What is important is that this research team gets a visit from the Norwegian research team that is only a few miles away. Turns out the Norwegians found something in the ice, something from another world that can imitate anything to perfection. Guess what? Now it is imitating the US research team.

The Thing is a great “who goes there?” movie. It gets to the point where no one can trust anyone. As the body count goes up, the temperature in Antarctica goes down and these researchers run out of ideas on who is “the Thing” and who isn’t. This film has a great cast, great story, truly remarkable special (practical) effects, and brilliant make-up. Kurt Russell is excellent as the man who takes charge of the situation. Carpenter shapes Russell into the leader and the hero so that the audience has someone to trust. By the end, you know, as they know, you can’t trust anyone but yourself.

With that being said, you probably already knew that. What I didn’t mention above was that The Thing was a commercial flop. Released just two weeks after Steven Spielberg’s E.T. the Extra-Terrestrial, the film quickly found its audience on cable TV and home video. In the 34 years that have passed, John Carpenter’s The Thing has transcended its cult status and become a modern classic film. Why? The cast is stunning, the score is haunting, the effects are brilliantly done, and the cinematography is amazing. That final element is where I wish to focus my attention today.

The Thing’s Director of Photography, Dean Cundey, cut his teeth on low-budget films. It was his work with John Carpenter on Halloween (1978) that really made people take notice of him. With The Fog (1980) and Escape from New York (1981) being big hits, with moderately small budgets, Universal Studios approved of Carpenter’s choice to have Cundey shoot The Thing. This project would be each’s first big studio picture. This was passed on to me via Scream Factory’s Collector’s Edition of The Thing commentary track featuring Cundey. It was better than any lecture of convention appearance as Cundey regales us with stories that dive into the practical effects crafted by Rob Bottin, the reception of the film, initially, and how it was way ahead of its time.

The point that Cundey really drove home was how all those involved like to keep the audience guessing. “How did they do that?” Despite having more money and more production resources than ever before, Cundey states that he and Carpenter were accustomed to working with less. The production came in under budget and had little to no issues with the studio. In fact, Cundey himself was noticed by Universal Studios has a talented and professional Director of Photography that they immediately offered him Psycho II (1983) to shoot. That might not be Jurassic Park, but it was one of the many films at Universal that lead him to shoot the dinosaur epic. Other Cundey projects at the studio included all three Back to the Futures and Apollo 13 (1995).

Again Scream Factory nails it for this film aficionado with this release. I love watching my favorite films in the best possible format, however, I love learning about them even more. There are tons of new extras of this Collector’s Edition. Trust me, listen to Cundey’s commentary, he’ll let you in on the little tell of where and who the thing is. Yet another reason to go back and watch this modern classic. 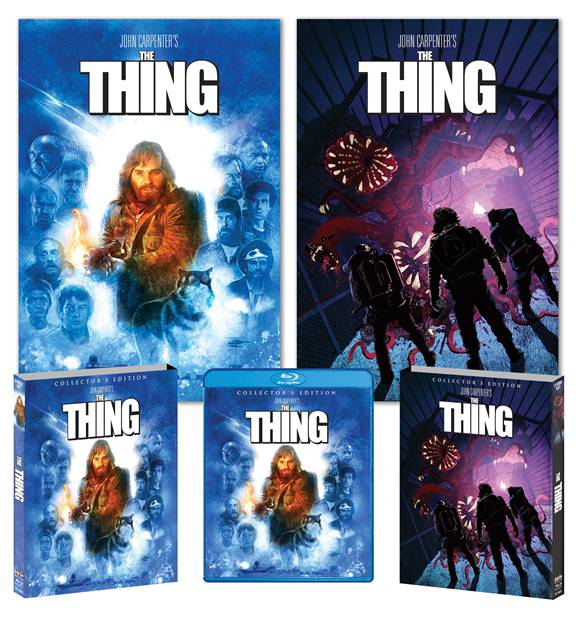 NEW Back Into The Cold: A Return To The Shooting Locations Of THE THING – An Animated Photo Gallery Narrated By Todd Cameron Of Outpost31.com