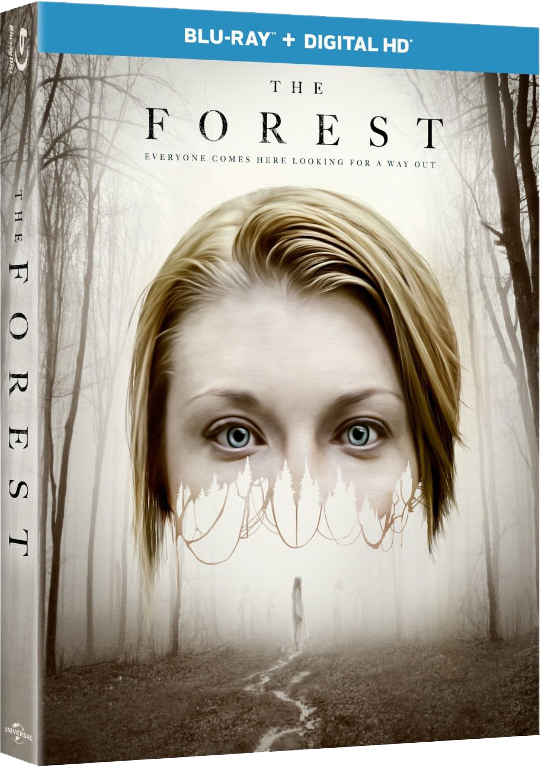 Horror movies and their fans are a strange assortment. The films can range from suspenseful to straight up torture porn. The fans can be as equally diverse, running the gauntlet from film aficionados to die hards that will watch (and love) anything as long as it is horror. In the past few years, I have been jumping in and out of the genre trying to understand its appeal. It amazes me how some people can consider the Friday the 13th films their Star Wars, as well as love the most incoherent of plot lines in these films (see Halloween 5: The Revenge of Michael Myers for more details). That said, for all of its flaws, the genre has that certain something. Is it a need to be scared only to feel that burst of adrenaline? Is that how its fans feel alive?

Our current horror fix for today is Jason Zada’s The Forest. Released in early January of 2016, The Forest caught my attention for two reasons. The first being its star, Natalie Dormer, better known as Margaery Tyrell from Game of Thrones. The second thing was who composed the score for the film, Bear McCreary (see my full review on his music here). Dormer has made a name for herself on Game of Thrones, but here was a chance to see her in a starring role far away from Westeros. Could she carry a film on her own? Let alone play two different parts?The Forest was something I had to see.

The Forest is the tale of two twin sisters, Jess and Sarah (both played by Dormer). Jess lives in Japan and during a school field trip, she disappears into “The Sea of Trees” at the base of Mt. Fuji or better known as Japan’s Suicide Forest. People go into this forest and never return. Sarah senses something is wrong with her sister and flies to Japan to find her. She learns of the forest’s terrible past and that the souls trapped there are angry. Sarah, a sensible and rational person, is determined to find her sibling and marches on into the forest.

The film itself sets up the horror of the forest quiet well. It was a place that the very poor brought those they thought could not survive the winter to die. The forest is a tourist trap, but one that is
carefully regulated with guides and enough warnings from the locals to make you believe the horror is real. In short, director Jason Zada has the right setting for his story. Sarah meets a journalist, Aiden (Taylor Kinney), who agrees to help Sarah with her quest, if he can tell her story. This works on twofold. First, we learn more about Sarah through Aiden’s questioning of her past for his story. Second, and more unsettling, is that Sarah starts to lose trust in Aiden as they go deeper into the forest.

The film is very slow moving. This must be intentional as we do spend a lot of time getting deeper and deeper into the forest. There, Sarah begins to see images of ghosts and people who have died. Her connection, a twin thing, keeps telling her that Jess is still alive, though every indication of where she is and how all consuming the forest is, tells us she is not. The lynch pin to the story is an event we learn of through Aiden about the twins’ past. Their parents were killed in car accident and only one of them saw it, the other did not. Care to guess which? I refer to this as the lynch pin, because the story uses this as its main device as to what brings Jess to the forest and what gnaws away at Sarah. Jess’ torment is very real and has been all her life. Whereas Sarah’s has only now surfaced in the forest and she has to question whether or not it is real. Sadly, the film’s revelation about that torment does not supply enough story to make the finale have any pay off.

The downfall ofThe Forest is that Sarah never actually learns the truth that Jess knows, nor does the audience. This not only hurts the film, but sours the slow building suspenseful horror film that was more chills than blood and guts. There are small doses of that adrenaline rush that horror fans seek inThe Forest. However, I chalk that up to more the setting and mood that was established over the actual story. Dormer was great in both roles. I’ll recommend watching the film The Forest, but not buying it. The soundtrack on the other hand, well, it is a must have.

Lady in the Car with Glasses and a Gun

Horizon in the Middle of Nowhere