If you are wondering where our review of the Ultimate Edition of Batman v Superman: Dawn of Justice is, relax. Both Tim Janson (his review here) and Rob Vaux (his review here) have given you two different takes on the thirty additional minutes added Zack Snyder’s film.

This week the Blu-ray Shopping Bag is going to tackle the Werewolf genre. It seemed appropriate since two Werewolf films will be arriving consecutively from Scream Factory. This week we have the Michael Paré, Mariel Hemmingway, and Mason Gamble film titled, Bad Moon. Next week The Boy Who Cried Werewolf, featuring Kerwin Matthews, will howl at the moon. With Scream Factory’s recent release of Dog Soldiers (see our review here), I decided to give the Werewolf genre another shot. The original Universal Studios’ Wolfman film is a classic. The Werewolf of London is a lot of fun, too. The pinnacle of all Werewolf films is undoubtedly John Landis’ An American Werewolf in London. After that, it gets pretty dry. No, The Howling is not a good film (Sorry, Joe Dante). I just can’t bring myself to put it up there with these three other films or even place it in the same league as Dog Soldiers. Scream Factory has a great knack for bringing diamonds in rough to the forefront again. I was ready to shed my thick layer of skin and see if these two latest releases were anything to howl about. 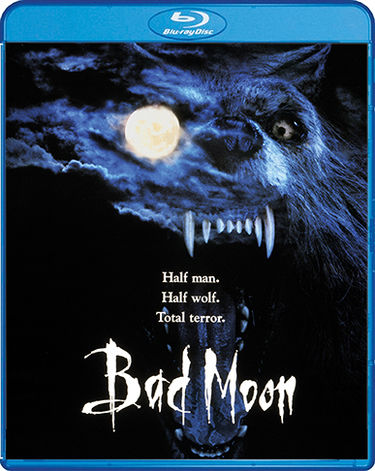 Bad Moon is not a part of the Scream Factory Collector’s Edition However, it has a ton of special features and a director’s cut. Now for those of you that do know the film, there were several early scenes cut out between Michael Paré and his girlfriend. Yes, these scenes include some nudity. They are pretty graphic, but horror movies of this nature often have them to begin with.

Bad Moon is a family affair Werewolf tale. Ted (Paré) returns home from abroad after being bitten by a Werewolf. He hopes that returning home to his sister, Janet (Mariel Hemingway), and her son, Brett (Mason Gamble), will give him the emotional stability to tame the beast within. In staying with them, Ted retreats to the woods each night and chains himself to a tree to keep from hurting anyone. This may have worked, if not for Janet and Brett’s loyal German Shepard named Thor. Animal lovers, fear not, Werewolf Ted does not make a quick meal out of the dog. In fact, Thor steals the whole damn movie.

In doing some digging on Bad Moon, I learned that its original title was “Thor”. This would have actually been a much better title since the dog (who’s real name was Primo) completely steals every scene from Paré, Hemingway, and Gamble. He just happens to be the smartest character (and best actor) on screen and sees through the smoke screen that Uncle Ted keeps throwing at his family. Then again, neither Paré nor Hemingway really make you believe in what is going on. Would it have been better if they were estranged lovers? Not really. In fact, the family dynamic was a welcome change to the genre. The filmmakers start off with the question,”can love and family overcome evil?”, but the story quickly falls apart into a meandering of Thor figuring out Uncle Ted’s secret and doing everything to protect his family.

Sadly, Thor (Primo) is really the best part of this particular film. The Werewolf design is not even close to the caliber of Rick Baker’s Werewolf in An American Werewolf in London. I’m not saying they should have copied it, but Baker set a serious precedent. Here we are 15 years later and the Werewolf really looks as if it is a guy in a suit. Things like material, make-up, skills, and costs all dramatically improve with time, but this looks as if no one involved watched a Werewolf movie before or took notes on how to do a convincing effect. 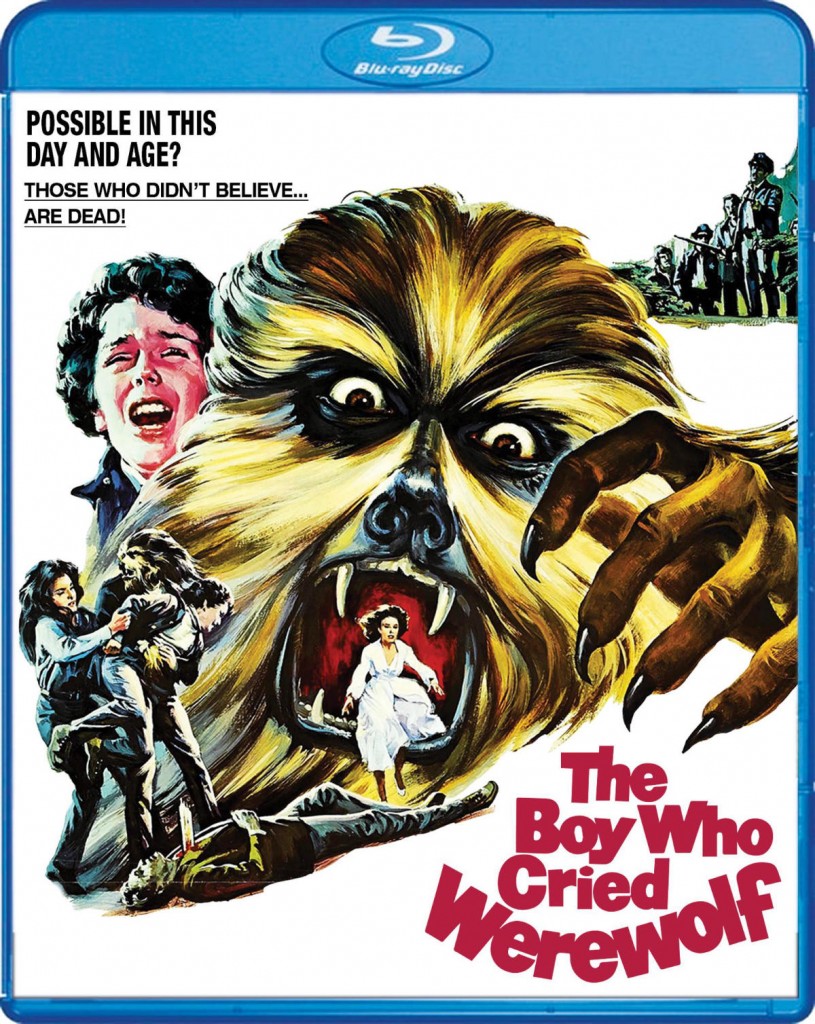 When I think back to film classes in college, my professors loved to talk about the likes of Casablanca, Citizen Kane, and Vertigo. They set standards that very few would-be filmmakers could ever meet. Those professors really should also have shown us movies like The Boy Who Cried Werewolf. This was low-grade crap, but yet featured an old Hollywood star (The 7th Voyage of Sinbad’s Kerwin Mathews), was released by a major studio, and actually played in a movie theater. In short, if this thing could get made, keep at it, kiddies; your film will undoubtedly be better than.

That is not to say I did not have one hell of a time watching The Boy Who Cried Werewolf. In fact, I cannot believe it was not selected by the Mystery Science Theater 3000 crew. There is horrible makeup, poor stunts, time lapses, bad lighting, and one horrible performance from Scott Sealey (he plays the boy who cried). Perhaps the new MST3K episodes will encompass this film. It doesn’t really matter because you can supply your own commentary as you marvel in the light changing from day to night to day again. You’ll laugh at Kerwin Mathews’ Werewolf mask and wonder if someone didn’t steal it from Planet of the Apes. Trust me, a few beers, a large pizza, and this film supplies perfect entertainment for night at home. 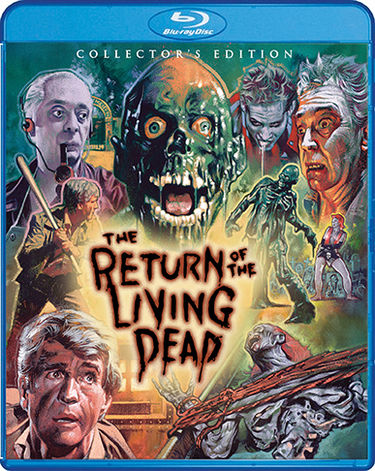 Scream Factory always releases Blu-rays that are top notch Criterion-caliber disks (see this week’s Return of the Living Dead), or they give long forgotten horror films their proper releases. Bad Moon, for all its bells and whistles, has a killer performance from a German Shepard and little else going for it. The Boy Who Cried Werewolf re-affirms your love and fascination with bad movies. As far the genre of Werewolf movies goes, neither one of these even comes close to the Werewolves of 1935 and 1941 that feature actors running around with fur glued to their hands and faces.

The Return Of The Living Dead

The Magicians: Season One

Person of Interest: The Complete Fifth and Final Season