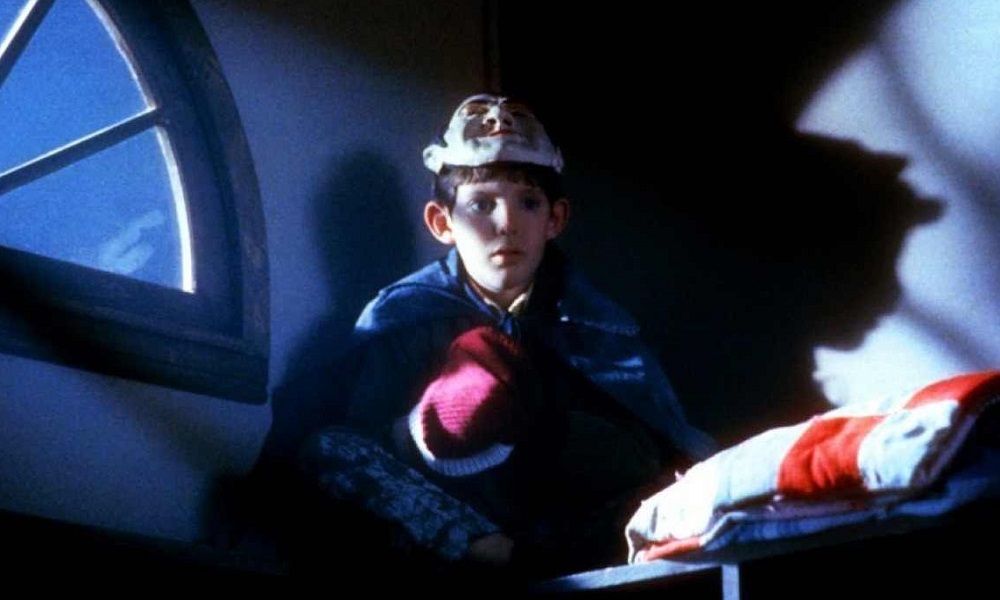 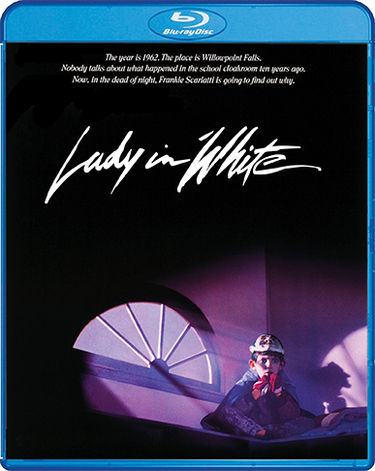 The Lady in White (1988) had never been on my radar. It was not until last year that a close friend recommended the film to me. Long had I seen the box in the various video stores where I had worked, usually covered with an inch of dust, but no one ever said, “watch the Lady in White”. Shout! Factory’s horror brand, Scream Factory, has released a new Blu-ray edition of the film and with my friend’s recommendation in mind, I picked up a copy.

Now, the first thing I noticed about this copy of Lady in White is that it included both the theatrical and the extended cuts of the film. The difference is all of about 13 minutes. That seems pretty sizable, especially when you consider that one moment can change a scene, but here are 13 minutes of additional screen time with these characters. I put myself on the side of caution and watched the theatrical cut first, since I wasn’t told to watch the extended cut by said friend. This way, if I liked the film, I had something else to look forward to.

The story of Lady in White is about a ten-year-old boy named Frankie (Lukas Haas). Frankie lives in a small town called Willowpoint Falls. The tale unfolds on Halloween night as Frankie falls victim to a childhood prank and gets locked into his classroom’s coat room. It is here that a frightened Frankie sees the ghost is of a young girl, Melissa (Joelle Jacobi), who was brutally strangled to death. Frankie witnesses the spirit of Melissa live out her final moments again. When the ghostly vision ends, a dark figured man (in the present) enters the coat room and starts searching for something. Frankie is discovered and the man starts to strangle him to death. The next morning, Frankie is found alive and thus begins our story of a young boy who is forced to grow up a little quicker than most, solve the mystery of Melissa’s killer, and eventually tangle with the “Lady in White”.

There were two thoughts that came to mind when I finished watching the film. The first was that this would be a great piece of Gateway Horror. The second was how much I thought the film reminded me of Bob Clark’s A Christmas Story (1983).

What is Gateway Horror? This is a term I have heard recently about horror movies that are not on the gory or slasher side of the genre. Immediately, the likes of the Universal Monster Movies will populate your mind. There are some pretty dark things there, but all in all, a ten-year-old could and would watch those films. Other movies that come to mind are Gremlins (1984) and The Monster Squad (1987), both of which will teach younger people how to swear more than give them nightmares. I found the Lady in White to be a great ghost story with numerous surprises and a good lesson about race issues in 1960’s. That alone was not something I was expecting to see. More often than not, horror movies today are blood and guts with lessons being either more of a joke, or soaked in so much humor one can easily forget they ever existed at all. Lady in White, rated R, would be a dark ghost story I would share with my ten-year-old. After all, there are far more scary things on the news and on the internet than this boy who tries to help a ghost find her mother.

Lady in White reminded me of A Christmas Story. The immediate correlation for me was that both films are narrated and represent the two men that wrote them. Jean Shepard wrote the original novel, the screenplay, and narrated A Christmas Story. Likewise, Frank LaLoggia wrote, directed, and narrates Lady in White. Also, I found both of these stories to be about the loss of innocence. Ralphie (Peter Billingsley) learns to face the world wiser than before after he gets what he wants. It is a tale about becoming a man, or at least the start of it. In Lady in White, Frankie (Lukas Haas), is nearly murdered and must deal with the powers of the netherworld to help put a soul at rest. There’s a huge difference between these two characters, I know, but the nostalgia factor is also key in their similarities. The influence of the father figure is another. The final correlation may be each film’s ties to one particular holiday. Ralphie is racing toward Christmas, and Frankie is trapped on Halloween. Film is a great medium where each of us can see something different. Perhaps now you can see what I do for these two films.

I did like Lady in White enough to sit through the extended director’s cut. I noticed a few scenes that were longer or not present in the theatrical cut. The heart of the story is still there. Perhaps a longer term fan of the film could see a difference, but I could not.

When I did share an image of the Blu-ray I picked up, I was shocked to discover how many people loved this movie. To several, it was a movie their families watched every October. Now, for me, it is one I will watch every October, as well. Watch the Lady in White.

Want a second opinion? Check out our own Rob Vaux’s review of the film HERE.

All Through the House

Bride of Re-Animator, The (re-release)

I Know What You Did Last Summer, When a Stranger Calls, Vacancy – BD Triple Feature
Krampus

Final Fantasy: The Spirits Within

Harry Potter and the Chamber of Secrets

Harry Potter and the Deathly Hallows, Part I

Harry Potter and the Goblet of Fire

Harry Potter and the Half-Blood Prince

Harry Potter and the Prisoner of Azkaban

Harry Potter and the Sorcerer’s Stone