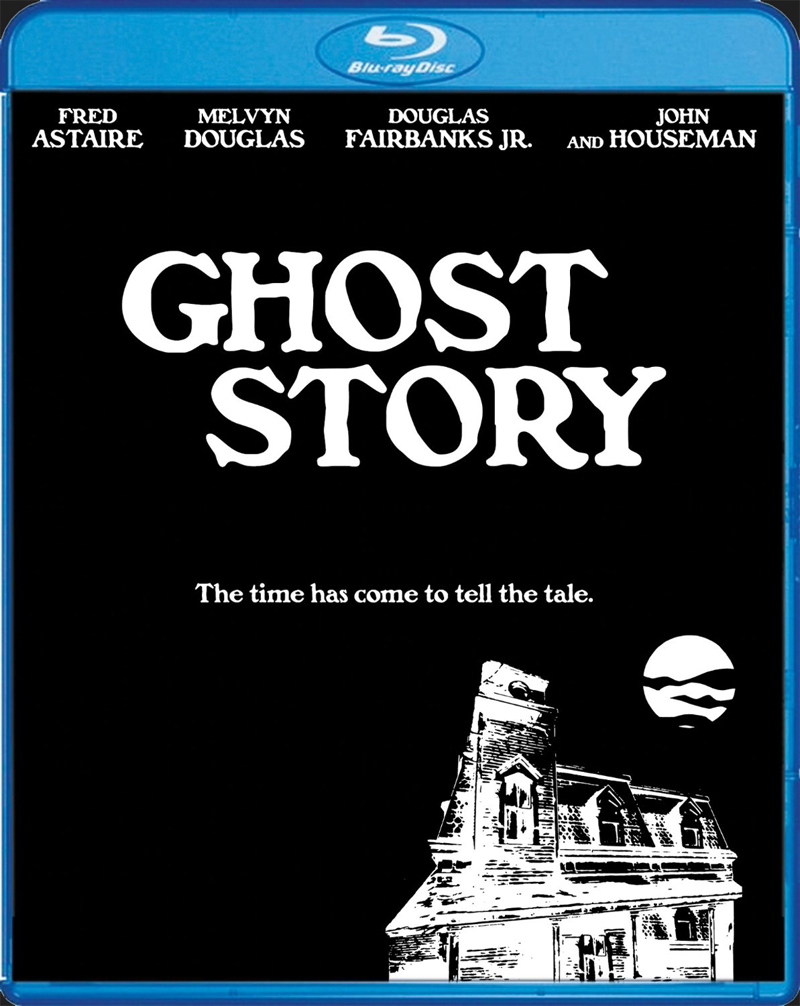 It was a dark cold night the first time I watched Ghost Story. My college roommate and I were about to be snowed in, so we hit the video store (yes, you read that right). The place was already picked clean, but we weren’t your normal new release fare type of watchers to begin with. He picked up Ghost Story and told me it was a super creepy picture with the Borg Queen, Alice Krige. Oddly enough, he failed to mention the likes of Fred Astaire, Melvyn Douglas, Douglas Fairbanks, Jr., and John Houseman were in the picture, as well. This was odd to me, him not having mentioned these movie legends, because we were taking two film classes together. Upon getting back to our room, the snow started to fall and we began Ghost Story.

If you know the film, you know a dark cold winter’s night is how the tale begins. The Chowder Society is having their meeting. Their members consist of characters played by Fred Astaire, Melvyn Douglas, Douglas Fairbanks, Jr., and John Houseman. Their meeting consists of brandy and frightening each other with dark macabre tales. When the meeting concludes, we follow Edward (Fairbanks, Jr.) home to witness a nightmare while he sleeps.

The story jumps to a young man, David (Craig Wasson) who has just had a night of passion with a young woman. When he goes to turn her over, she is a rotten corpse, and his fright causes him to stumble out of his high-rise apartment window. Thus begins our story. How are these two completely separate moments connected? As it turns out, David is the son of Edward and David’s twin brother, Don (also played Wasson), comes home to mourn his brother’s death. David then regales us with his story, on the guilt that he has with sleeping with his own brother’s fiance, years before. She moved on to David after they separated. The kicker is that this young woman (Alice Krige), looks exactly like a woman in a photograph that the features younger versions of the Chowder Society. How can this be and why?

Don starts to unravel the mystery and secret the Chowder Society has kept for decades. They committed a crime years ago and covered it up to save their own future. So how is Alice Krige’s young woman connected then? The title of the film gives it away in most respects, but the thrill of this movie is the way in which it is told. The final performances of Fred Astaire, Melvyn Douglas, Douglas Fairbanks, Jr., and John Houseman are nothing short of brilliant and captured here for all time. Yes, collectively, this is all of their last theatrical appearances. The majority of the film is told through Don’s search for answers but it is Ricky’s (Astaire) quest for the story to be known that is the lure to the film. How did it happen? Who had the most to lose? Who lived with the guilt better than the others?

If you are a fan of Ghost Story, Shout! Factory’s horror label, Scream Factory brings all the special features you could ever want.  Check out the details below as well as a clip from an interview with Alice Krige. The picture quality is also incredible and the film has never looked better. As I said before, this is a film for a cold dark night, the perfect thing as the winter sets in and Fall becomes a distant memory.