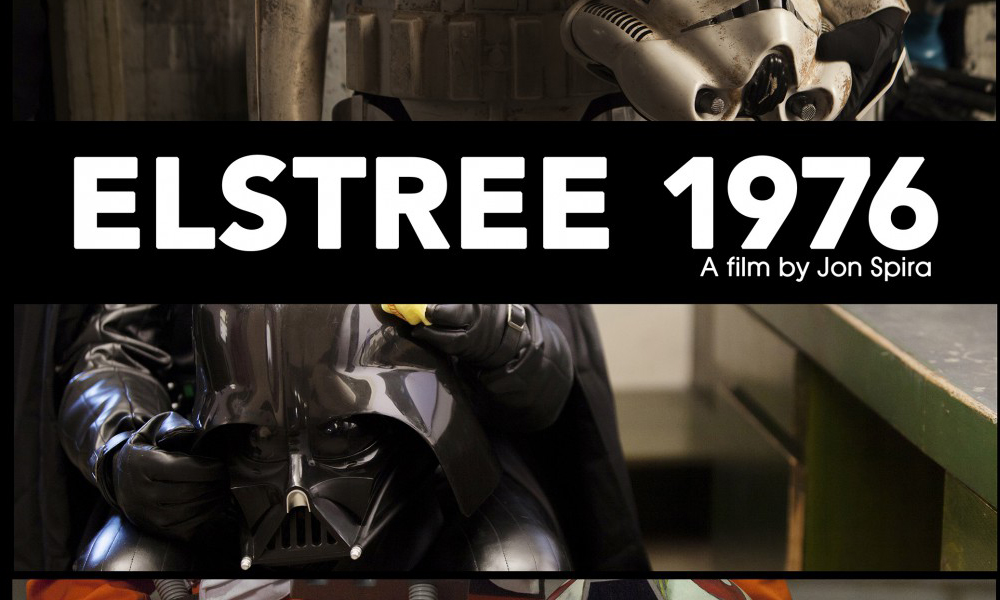 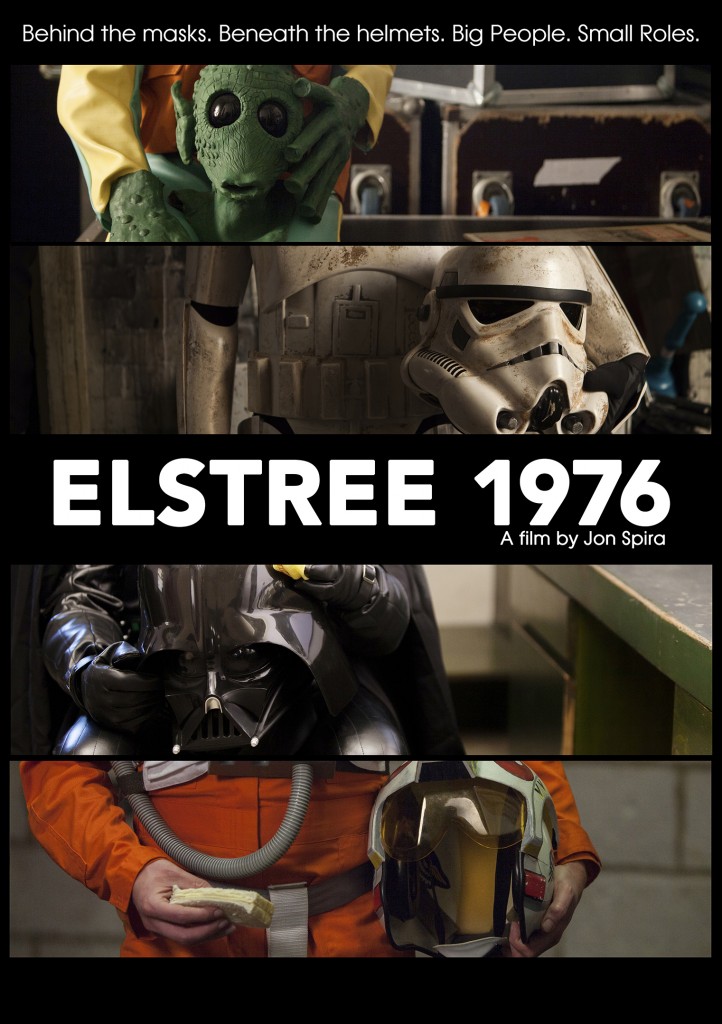 Luke Skywalker, Princess Leia, and Han Solo are names as familiar to me as Mark Hamill, Carrie Fisher, and Harrison Ford. They are one and the same, in some respects, and as recognizable as family. Depending on your level of fandom, even Darth Vader and Boba Fett are right up there with Luke, Leia, and Han. However, what about David Prowse and Jeremy Bulloch? For some Star Wars fans they rank up there with the trio. They may have donned masks, been the villains, and not had nearly as many lines of dialogue, but they are just as much apart of the Star Wars universe as the big three.

The Star Wars saga, all seven films and counting, is a vast universe made up of thousands of characters and actors who bring them to life. To throw out the names, Greedo, Biggs, Darklighter, and Leesub Sirln is to really test the boundaries of your fandom. You may know these characters, but what about the actors behind them? This is what Jon Spira’s documentary Elstree 1976 is about, the stories behind those actors who helped populate the galaxy that was so far, far away.

The title, Elstree 1976, refers to where the casting and some of the production took place, in England, for Star Wars: Episode IV A New Hope. Spira manages to pull us in with probably the most relatable Star Wars products, actions figures, to allow the audience to know who in fact we are talking to. So when we see Paul Blake for the first time, we know that we are talking to the ill-fated bounty hunter named Greedo. Blake’s casting, costume fitting, and his character’s day on set is not the first thing that is discussed. Spira allows the audience to really get to know these actors who donned masks or helmets first. It’s a great ploy and entices us to keep watching. Certainly, we all want to know about their Star Wars experiences, but the point of Elstree 1976 is the story of these actors as individuals. Each one has a unique life experience that brought him/her to one of the most popular films of all time. However, it was not the fame and fortune that many of the lead actors experienced.

The biggest surprise to the average fan is David Prowse’s separation from the franchise. Prowse, who played Darth Vader under the mask for the original trilogy, no longer attends official Star Wars events such as Star Wars Celebration. He credits to this to his reluctance to sign autographs the way Lucasfilm wanted him to, “David Prowse as Darth Vader”. Apparently signing Darth Vader photos with “David Prowse is Darth Vader” was enough for him to be ousted from the family. It seems as if there may be more to this story, but it might be something that is never fully known to the public. Spira supplies no additional insight or thoughts from anyone else on the project, which may have been to keep in good faith with Lucasfilm and its parent company Disney, for rights and clips.

Star Wars Celebration is the official Star Wars convention that has become almost a yearly fixture in the last 5 years (this summer it is in London and the following year, in Orlando). After Spira gives us the ins and outs of the film’s actors’ Star Wars experiences, he brings us to their fan experience. It comes as no surprise that there is a kind of hierarchy, that some do not fully understand. Angus MacInnes, who played Gold Leader in Star Wars: Episode IV A New Hope, is puzzled by the lines that Jeremy Bulloch, Boba Fett, has for autographs. MacInnnes’ argument is that his own face was visible on screen and he spoke his own lines of dialogue, whereas Bullock wore a helmet and was dubbed by another actor. Bulloch credits it all to the character he played. If that sounds crazy to you, you’ll particularly enjoy John Chapman’s story where he was a background extra who started to attend conventions only to be ostracized by cast mates.

It is not all the gloom and doom for these actors. Pam Rose, Paul Blake, Anthony Forrest, and Garrick Hagon answer the immortal question, was there life after Star Wars? Yes. Each found his/her peace with either the size of their role, being cut from the film, or nearly just being in that bar. Spira captured something special here and for this Star Wars fan, he made something happen I no longer thought possible. He peeled back another layer to Star Wars and gave me something for my next viewing of the original trilogy. He gave me new faces, with names, to look for.

Elstree 1976 can ordered here at the MVD Shop or on Amazon.

Eye in the Sky

Taking of Pelham One Two Three 1974

Dr. Strangelove, Or: How I Learned to Stop Worrying and Love the Bomb 1964

The Dead Next Door

Return of the Killer Tomatoes 1988