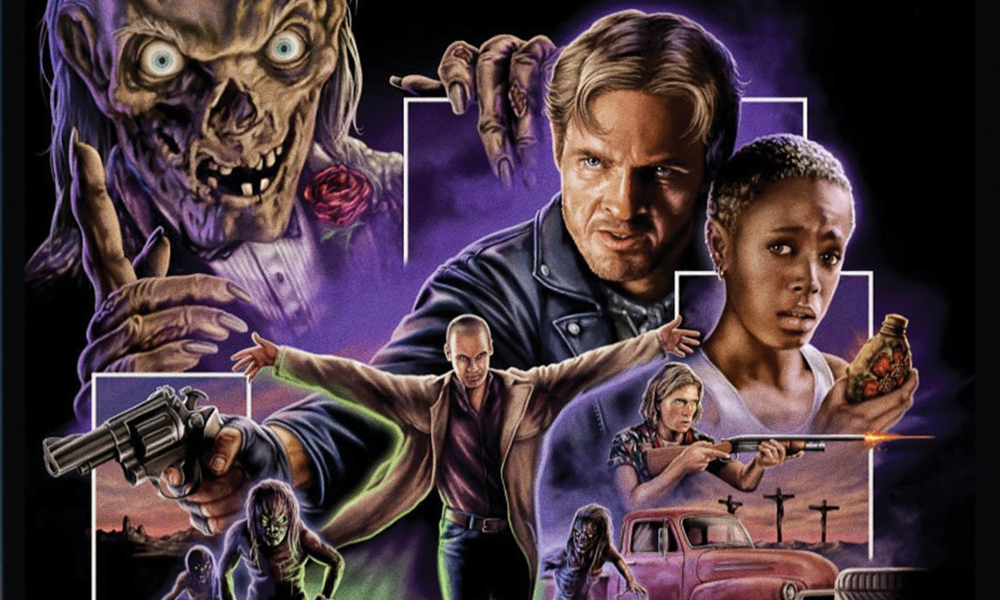 Welcome to the Blu-ray Shopping Bag for The Sci-Fi Movie Page. Each week we will be bringing you all the latest releases in genre titles that we feel you need to know about. We will normally focus on one film in particular that you should pick up. Our obvious choices today are Jurassic World and the Back to the Future box set. There is another film that you have to pick up and it is TALES FROM THE CRYPT PRESENTS: DEMON KNIGHT COLLECTOR’S EDITION Blu-ray.

(The weekly releases are below our featured title) 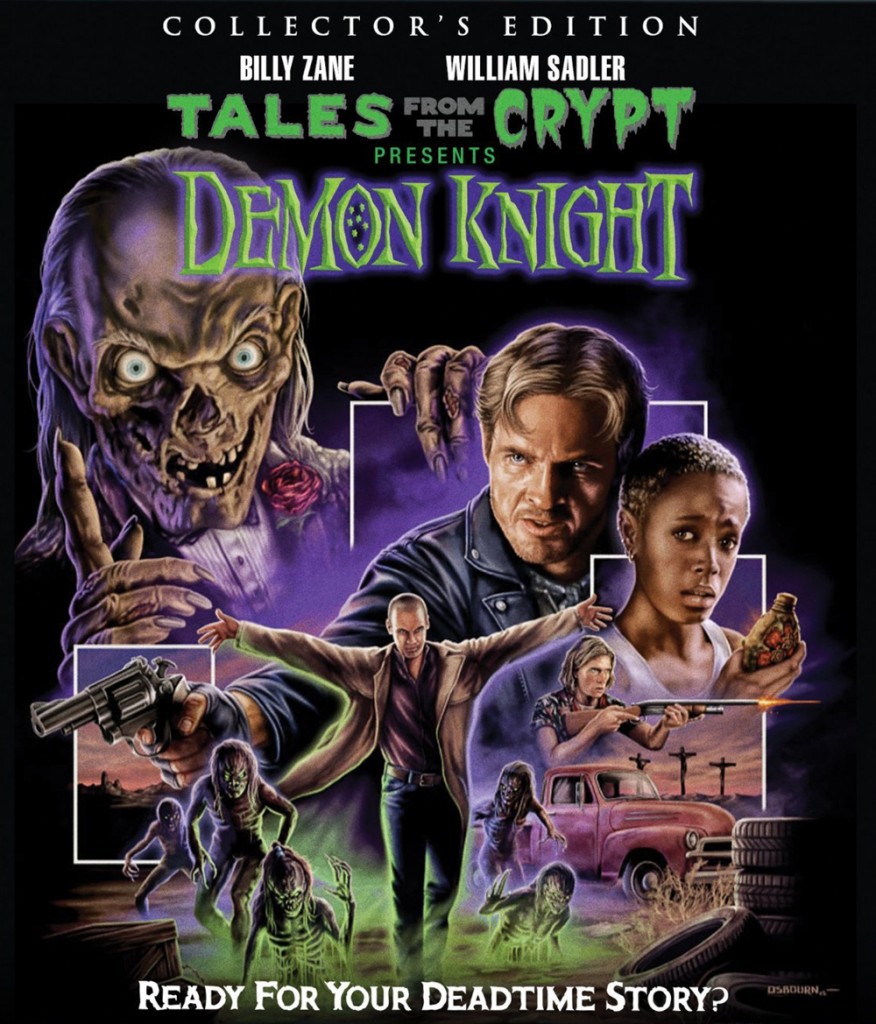 First there was The Twilight Zone. Then came Amazing Stories. The last great anthology of TV series was Tales from the Crypt. The wonder and lessons of both The Twilight Zone and Amazing Stories, was replaced with the gore and comeuppance of Tales from the Crypt. The series, which aired on HBO and was based on the old EC comic books, was a huge hit. Naturally, the powers that be thought a movie franchise of the TV series was the next logical step. They were wrong.

Brayker (William Sadler) is on the run. He is being hunted by demons who want a very special key that Brayker was entrusted with years ago. The demons need this key, as well as several others, to unlock a new age of darkness. Leading the demons is a man who is known only as “The Collector” (Billy Zane). Brayker finds himself on his last leg as “The Collector” has cornered him in an old church. Every star that needed to align has and Brayker is left with several unwilling allies to battle the forces of darkness. This is a heroes tale and a morality play. Each one of these unwilling allies has to come to terms with having their deepest fantasy granted or choose to stand up for what is right. Brayker has to make the most with this motley crew work. Only together can they survive demon night.

What really sets Demon Knight apart, from the other trapped in one location horror flicks, is that it establishes a mythology that is easily relatable. The battle of good vs. evil will forever be etched in our mythology. Demon Knight takes its point of origin from the Bible and wraps it in its own tale creating a hero character. The character of Brayker, is the reluctant chosen one. That plot device alone is a powerful fantasy tool for anyone that loves a story of impossible odds.

The Blu-ray itself is loaded with several new special features and a 40 minute, Under Siege: The Making of “Tales From The Crypt presents Demon Knight”. This documentary features new interviews from the cast and crew. Sadly, Jada Pinkett Smith nor Thomas Haden Church chime in with their memories. Demon Knight holds up extremely well. In fact, its cast is perfect. A true credit to all the fine character actors that populate its ranks. Shout! Factory has delivered yet another Criterion Collection worthy release.

Order Tales from the Crypt: Bordello of Blood here at Shout! Factory.

Documentary of Note
Atari: Game Over
Back in Time – Back to the Future Documentary