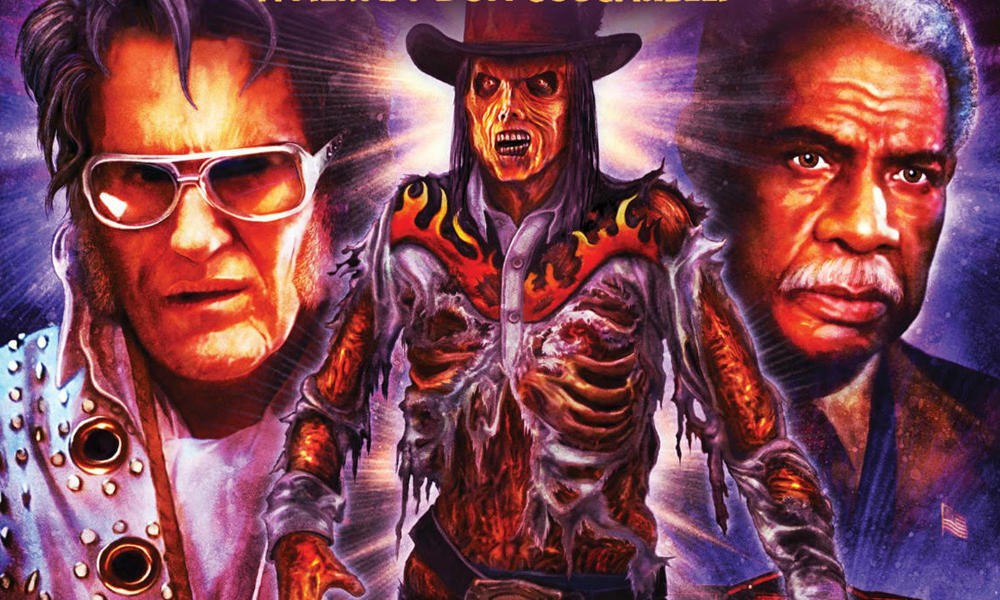 Shot with a budget of 700,000 and a story that one studio executive said was unfilmable, Bubba Ho-Tep emerged from B-Movie darkness into cult status. Think about it, how many other films do you know feature a 68-year-old Elvis (Bruce Campbell) paired up with a still living John F. Kennedy (Ossie Davis), who battle an ancient Egyptian mummy to save the souls in a retirement home. The answer to that is none.

Almost 15 years ago, Bubba Ho-Tep was the movie cult fans had heard about whenever anyone was discussing Evil Dead movies, Bruce Campbell, Phantasm movies, and or Don Coscarelli. We all hoped that the film would play at the mega movie theater, but chances of that were slim. In fact, in 2002, there was no viral marketing as the internet was still in its infancy. Today, Bubba Ho-Tep would have all the social media pages and lists of independent movie houses that would screen the film, not to mention every geek site in fandom would be reviewing it somehow. If you need convincing of that, just look at the recent Art House Cinema day that screened the remastered Phantasm film by Don Coscarelli across the country.

So how did Bubba Ho-Tep obtain cult status? It’s easy, word of mouth. Certainly, it helped when its star, Bruce Campbell, took the film on his book tour, “If Chins Could Kill”. MGM did distribute the film on DVD as well and in 2002 there were still video stores. However, it was the fans with a great love for the work of Campbell and Coscarelli that got this movie to become a cult classic. Or so I thought…

It wasn’t just the fans that propelled Bubba Ho-Tep to stay alive, it was something else, too. I say that now because I have just seen Scream Factory’s amazing Collector’s Edition Blu-ray of the film. What I came to realize is that Bubba Ho-Tep has not only caught on with each new person who has seen the film but has endured past its almost joke like premise because of the deep rooted heart to the story. The heart that beats in this film tells that no one wants to get old and feel useless. We see, through Elvis’ eyes, a man who had it all, lost it, and now doesn’t even have the one thing many of us take for granted, someone to care for us in return. When Elvis does find this in Jack (“John F. Kennedy”, played by Ossie Davis), he isn’t going to let him down. Granted, Elvis doesn’t need much convincing that a mummy is sucking the souls out of his fellow residents’ assholes, but nonetheless, he decides it’s better to go down swinging than to lay there and take it. 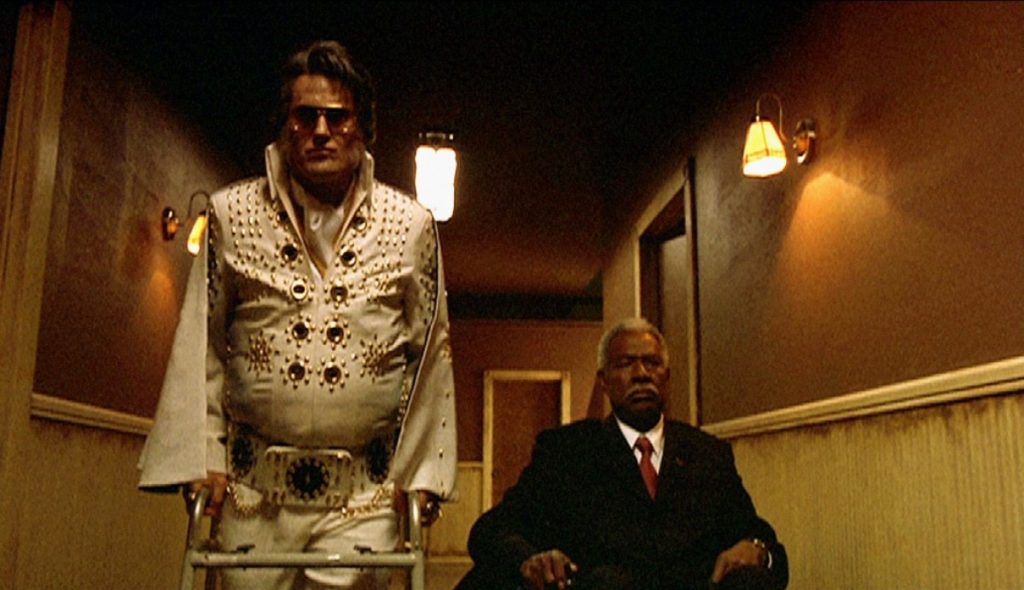 The new interviews with Campbell, Coscarelli, and commentary by writer Joe R. Lansdale all discuss the elements of getting older, the real President Kennedy and Elvis Presley, and the sadness of being trapped in a retirement home. They all hoped to give these two men better send-offs than what history handed them. They also credit the believability of this soul-sucking mummy tale to the late Ossie Davis. Campbell and Coscarelli both dive into Davis’ manner of speech and that if he said something, you believed it. It was also Davis’ casting that convinced Campbell that Coscarelli was making a series picture and not a lark.

Again, Scream Factory has delivered a Criterion Collection worthy Blu-ray for the Horror genre. MGM’s collector’s edition release back in 2003 was no bare bones DVD. In fact, many of those awesome special features have been included here. It’s just nice to have the director, writer, and star’s perspective looking back at the legacy of their collaboration. Sure, there is talk on this disc about the long awaited sequel and what may or may not happen with that idea. The conception of why “Bubba Nosferatu: Curse of the She-Vampires” was even placed at the end of the film is discussed, as well. However, in an era of potential sequels, prequels, reboots, and shared universes, can we take a moment and enjoy this movie, which is the oddest bolt of lighting ever to be trapped in a bottle.

NEW All Is Well – An Interview With Writer/Director Don Coscarelli

NEW The King Lives! – An Interview With Star Bruce Campbell

Audio Commentary By “The King”

“The Making Of Bubba Ho-Tep” Featurette

“To Make A Mummy” Make-up And Effects Featurette