Blu-Ray Review: Reign of the Supermen 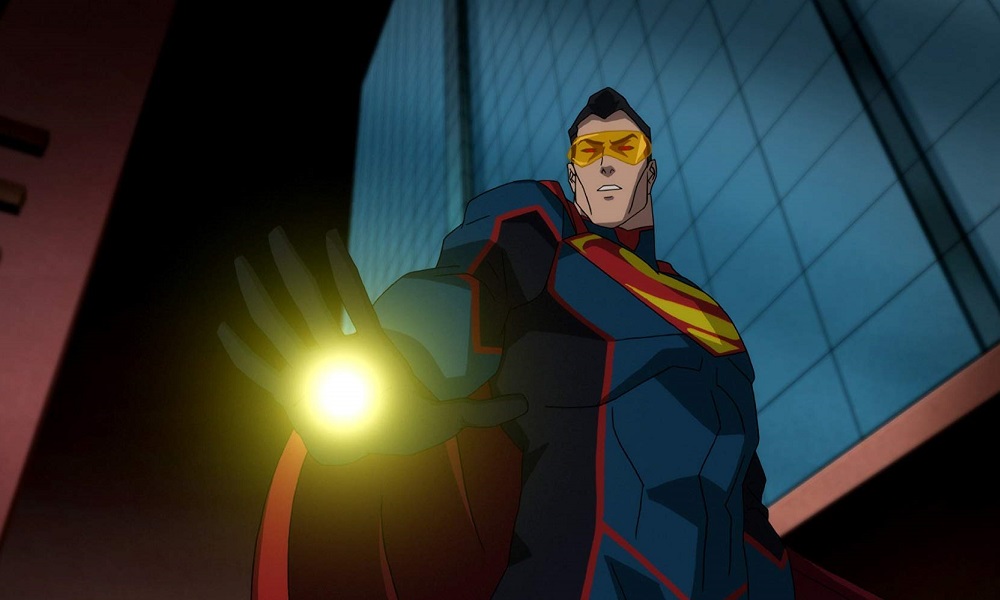 The release of Reign of the Supermen comes just as news about the DCEU’s… Hiatus? Abandonment? Half-completed salvage project? rolls its way through the fan community. With Batman and Superman out, and Wonder Woman and Aquaman demonstrating their viability as stand-alone heroes, Warners has effectively shelved their notion of an integrated crossover universe on the big screen. Frankly speaking, this doesn’t sting as much as it should… in part because their direct-to-video animated features are already doing a fine job of delivering a unified DC universe without the hot mess made of the live-action movies.

Reign of the Supermen makes an excellent case in point: reaping the rewards of inhabiting a common narrative thread without losing any energy of its own.  You can step into it fairly readily (despite it arriving as a direct sequel to The Death of Superman) and the presence of other heroes like the Justice League is placed in the right context without diverting from the central characters. It’s a solid piece of storytelling, inspired by a beloved chapter in the Man of Steel’s comics history, and it captures the right mood for the story in a tight little package.

Of course, it benefits from the terrific comics saga it drew upon… and on the strength of its immediate predecessor, The Death of Superman. It’s hard to overestimate the impact Kal-El’s death had on the comics world when it first arrived, but the character’s return – masked in the mystery of four pretenders to his throne, any or none of whom may be the real Supes – was just as strong. The entire arc set the standard for God knows how many “he’s-dead-oh-wait-no-he’s-not” storylines in the ensuing 25 years, and DC has taken at several stabs at the storyline in multiple mediums before (including the disastrous Batman v. Superman, which triggered the slow-motion death of the DCEU as a concept). Last year’s DC Animated Movie finally cracked the code: presenting a faithful adaptation of the groundbreaking comic that did justice to the emotional impact of losing a figure of this weight.

Reign of the Supermen honors that high water mark by bringing Kal-El back with the same level of emotional depth. It accomplishes the task the same way higher-profile efforts should: relying on the groundwork laid by previous entries without requiring 16 hours of back-viewing in order to catch up.

Good casting helps, and DC Animated worked the kinks out on that front long ago. Every voice here – from Rosario Dawson’s stranger-in-a-strange-land Wonder Woman to Rainn Wilson’s delightfully petulant Lex Luthor – is unique from any other incarnation, and yet all of them feel perfect for the character in question. In this case, the real challenge falls on comparative newcomer Rebecca Romijn, whose Lois Lane becomes the de facto heroine of the proceedings. With her in the lead, the rest of the cast gets us all up to speed very quickly, and lets the strength of the storyline speak for itself.

That even extends to last year’s terrific prequel, where Superman died stopping the indomitable violence engine Doomsday in his tracks. And yet you don’t need to watch that in order to enjoy the story here. You need only know that Supes is gone and the world is feeling the pinch. Enter the replacement squad: four mysterious figures with different origins, each claiming to be the “true” heir to the Man of Steel. The alien “Eradicator” (voiced by Charles Halford) seems excessively focused on punishing the wicked rather than saving the innocent, while the teenage Superboy (voiced by Cameron Monaghan) treats every crisis like a photo-op. The mysterious Steel (voiced by Cress Williams) appears to be just a normal man in a metal suit, but holds the core of Kal-El’s ideals closer to his heart than the other three.  The last one, known as the Cyborg (voiced by Jerry O’Connell), might actually be the reincarnated Kal.

It’s up to Lois to sift through the answers. And when the rest of the Justice League disappears in the face of a mysterious new threat, the stakes rise as high as they come.

The film covers it all at a breathless pace, and at times, you can sense the material straining at the seams. It’s a lot of information – with the whole Justice League given their due and a cameo from Darkside (voiced by Tony Todd) on top of everything else – and yet despite so much going on, the drama wouldn’t tolerate many cuts. Pulling it off constitutes an impressive feat in and of itself: not only knowing what to reveal, but when to rely on earlier movies without losing the newcomers.

Lois remains the steady rock at the center of it all, and it speaks well of the production for understanding how important she is to the story. It’s tempting to focus superhero efforts on the actual superheroes, but doing so loses an important part of the material. No one else knew Clark like Lois did, and her efforts to get to the bottom of the mystery. Credit the film for having faith in a character traditionally limited to sidekick status. It speaks to how well they understand the material: without either diminishing the copious action scenes, or ruining the drama when the answer to Kal-El’s status finally arrives.

That makes it not only a solid companion piece to the very good Death of Superman, but a terrific addition to DC’s Animated Universe, and reason to celebrate for those mourning what the DCEU might have been. Somebody still knows what they’re doing over there, and Reign of the Supermen reaps the benefits.

The Disc: The Blu-ray contains the usual cocktail of DC Animated’s special features: a sneak preview of their next feature (set in the Diniverse), a look at the inimitable Lex Luthor, and a collection of related episodes of earlier DC animated series. It’s a terrific package and a worthy addition to a very reliable way to deliver these characters.