Bloodshot (2020): A Supersoldier Story Worth Your Time 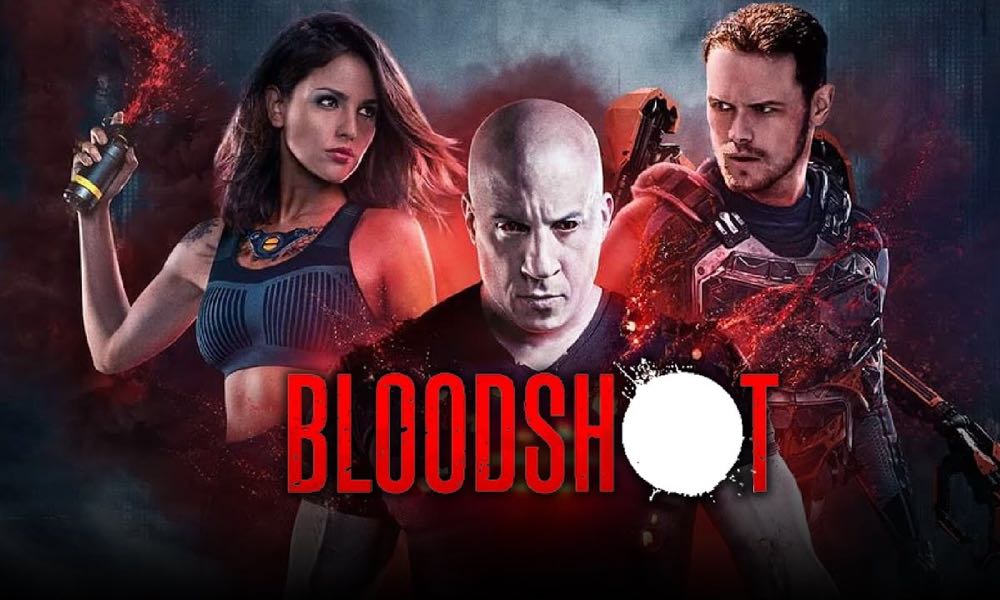 Science fiction Tv and movie writers have a long-lived love affair with the idea of supersoldiers, from Captain America to The Six Million Dollar Man, to The X-Files to Universal Soldier, it’s an idea that seemingly never loses its appeal. Bloodshot, the latest installment in this decades-long love affair with supersoldiers, is a mostly enjoyable, trope-filled, comics-based, cyberpunk action thriller with modern sensibilities, that for the most part, work in an over-the-top tale of revenge.

When watching this film last night, my initial reaction was a here we go again in response to the film’s macho action movie tropes it uses to set up its story, which initially seems to be the same all too familiar stuff we have seen a zillion times before. As the film’s narrative progressed, it introduces some twists that pique the curiosity and make it interesting. Bloodshot is not a remake of Universal Soldier, although it does borrow one of that film’s fundamental plot devices.

In case you are not familiar with the title, Bloodshot is a 2020 American superhero film based on the Valiant Comics character of the same name. It is the first part of a plan as an installment in a series of films set within a Valiant Comics shared cinematic universe. Directed by David S. F. Wilson (in his feature directorial debut) from a screenplay by Jeff Wadlow and Eric Heisserer and a story by Wadlow, the film stars Vin Diesel, Eiza González, Sam Heughan, Toby Kebbell, and Guy Pearce. It follows a Marine who was killed-in-action, only to be brought back to life with superpowers by an organization that wants to use him as a weapon.

As the title character, Ray Garrison (aka Bloodshot) Diesel lurches through the scenery like some latter-day Terminator/Frankenstein in a wardrobe designed to remind us of his imposing physicality while turning in a less than inspired performance. The supporting cast carries this film enough to earn it B+ grade that sometimes nears greatness. Sam Haughan is memorable as a fellow cyborg Jimmy Dalton who just doesn’t like Ray, and Lamome Morris turns in a notable and memorable performance as eccentric hacker supreme Wilfred Wiggins who is an oasis of humorous relief in a world of macho seriousness. One of Bloodshots’ most appealing aspects is its portrayal of future technological enhancements created by the film’s resident amoral sociopathic, and egomaniacal mad scientist who creates a menagerie of cyborgs that serve as his personal army in whatever way he chooses.

Despite having a more appealing cyberpunk narrative, Bloodshot stubbornly adheres to being an action film at heart and rolls out the requisite number of fight and chase scenes, that for the most part,  is all stuff we have seen before. However, the film does conjure up a couple of very impressive and memorable set pieces so good they are worth watching more than once. The film makes ample use of CGI imagery to accomplish its visual effects

While Bloodshot is not truly great genre film making, it does have its moments and overall is an enjoyable science fiction action film worth a watch or two, and it may even be good enough to represent the start of another franchise.