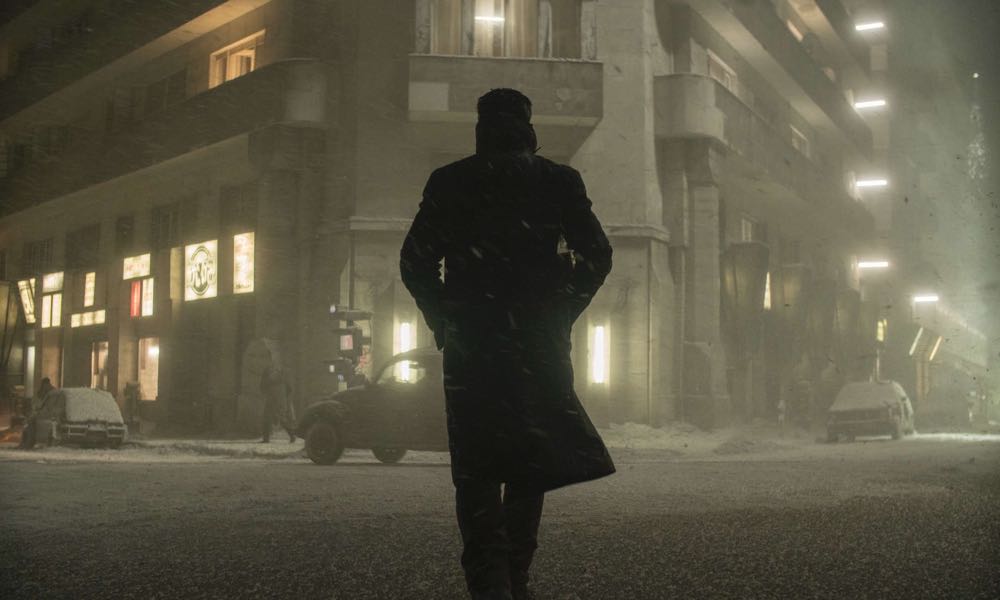 Imagine the pressure of having the honor of making a sequel to Ridley Scott’s immortal genre classic, the original, incomparable, Blade Runner (1982). No pressure, right? Denis Villeneuve was smart enough not to try to outdo that once-in-a-lifetime achievement, but instead created a film that is a marvelous love letter and tribute to the original. Blade Runner 2049 offers up the same ingredients as the first, proving once again the marriage of film noir and science fiction is one that still works and works well in one of the best science fiction films of the last ten years. Revisiting this surreal, sexy stylish mystery/ futuristic fable the other night was as enjoyable and satisfying an experience as any I have enjoyed in recent memory. This film has classic sensibilities about it that are a refreshing change of pace from the plethora of lots-of-gunplay, blow-shit-up, cash-cow, franchise-building efforts that represent the staple of the sci-fi movie diet these days.

As most fans already know, the narrative of both Blade Runner and the sequel got based on Phillip K. Dick’s classic ‘Do Androids Dream of Electric Sheep?’ (1968). Reduced to its essence, you get ‘Do androids dream?’ and that is the whole point of the original story. It’s a story that poses the classic question about how we define and measure our humanity and what makes us different from human-made technology that might be smarter, faster, stronger, and even better people in some regards than the actual people that created them. Where do you draw the line, and what are the legal ramifications?  It’s a complicated question, and any answer that works is purely subjective.

This film answers that question by erasing the line and moves the story forward by giving the replicants the ability to reproduce. The solution here seems to be that instead of human technology resulting in perfect beings, replicants are as neurotic as their creators. Put simply: In Blade Runner 2049, flawed people create flawed creations that are subject to the same anthropological imperatives resulting in replicant characters that are all-too-human.  The question of whether Decker is human or replicant (he doesn’t appear to be a replicant here) is moot if they behave just like people do

The narrative of Blade Runner 2049, like the film itself, is a tribute also and infolds like the classic detective stories it’s modeled after. Also, like those stories, K’s world is populated by some of the mystery genre’s archetypal characters. A tough boss with a heart and some memorable persons of interest, most of which we only meet briefly. This is a more adult world complete with nudity and sex. In place of a long-suffering underpaid secretary that secretly loves him, the film has Joi, a holographic female companion that K, in his way, loves. Jared Leto’s performance as the ultra-wealthy Wallace, the film’s actual antagonist, amounts to little more than a cameo, but its long enough to make the impression that this is a dangerous and deranged sociopath. His attack dog enforcer, Luv, gets introduced as a cold-blooded killer who does Wallace’s dirty work with apparent zeal. This psycho-bitch-from-hell is just plain mean, with all-too-human issues.

With incredibly gorgeous cinematography throughout, the world Blade Runner 2049 creates is lovingly and a lot more fully developed, inside the city and out, than the caricature of LA that we got in the original with revealing long shots of a future world falling into decay contrasted by areas depicting a gleaming future. This is a rich environment that’s inviting to enter and explore. The film’s pace is intentionally uneven with sudden bursts of violence contrasted by moments that seem to last far beyond the few seconds of actual screentime. The few fight scenes between replicants represent an interesting wrinkle in how fights get depicted on film. These fights are brutal, explosively violent, and brief affairs—completely lacking in emotion with the participants focus on an intent to do damage all too apparent.

Ths film is far from perfect. but IMO any flaws get outweighed by how well the story is executed. I have seen remarks criticizing the length of the film as overly long; I have to disagree with that assessment. When Blade Runner 2049 reached its conclusion, I wanted to stay in that world longer. In this 21st-century world of binge-watching entire seasons of TV series for hours at a time, films of three hours or longer hardly seem like an issue. This film succeeds as a sequel, and tribute to one of the greatest genre classics ever, and manages to become a modern classic itself in the effort. Like a lot of fans, I cant wait to see what Villeneuve does with Dune.