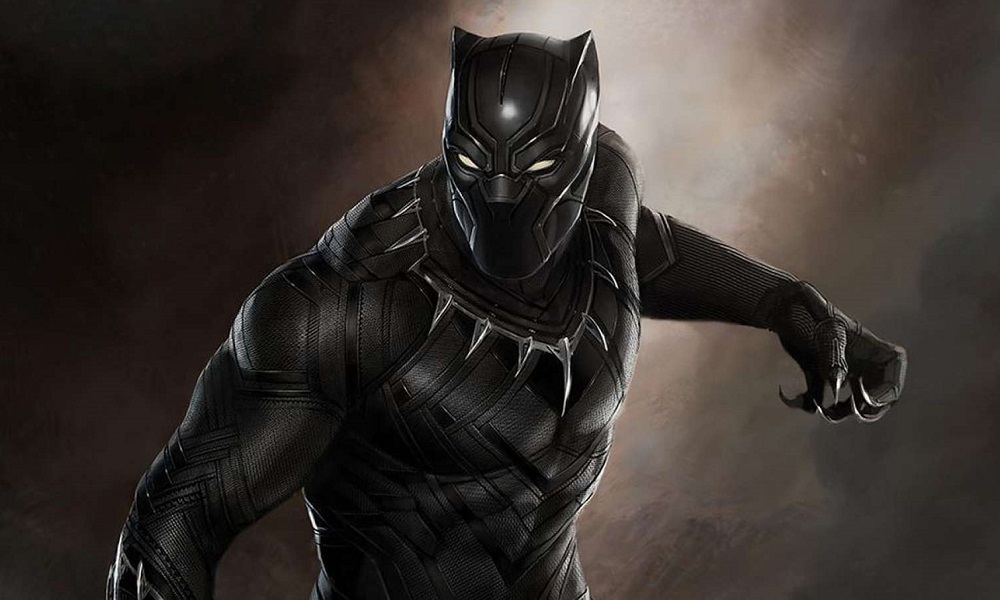 The BLACK PANTHER is Marvel Productions newest hit—I can safely say that as it has grossed around $200 Million in its first full weekend and will probably earn something just south of a Billion Dollars by the time it’s finished its run.  Like all the Marvel films, it is well made, with a good cast, fine acting, and professional directing. 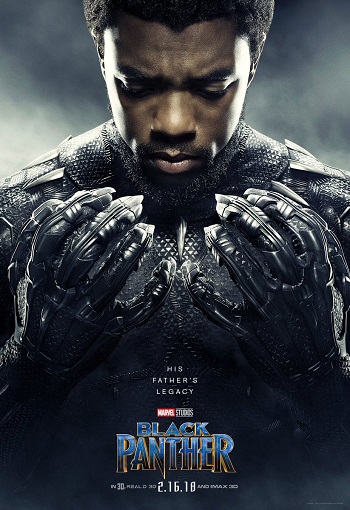 Chadwick Boseman, who debuted as the Panther in ‘CAPTAIN AMERICA: CIVIL WAR’ does a fine job in the dual role of Prince (soon-to-be-King) T’challa and the title character. He has a quiet gravitas that gives is quite appropriate for a king and is athletic enough to be believable when the Panther suit comes into play. His associates–Lupita Nyong’o as Nakia, the young woman T’Challa has long been is enamored with and Danai Gurira (Michonne on THE WALKING DEAD) as the General of his Army—and the most accomplished fighter in Wakanda, are equally fine in their roles.

Wakanda itself is a fairyland—the existence of a mountain of VIBRANIUM, an incredibly rare metal, has led to incredible advances in science—advances that allow the Wakandans to live in peace, screened by hologrammic mountains from the outside world.

The one outsider who has managed to enter Wakanda and steal a quantity of Vibranium is Ulysses Klaue (played by Andy Serkis without motion capture!) T’challa’s first act as King is to bring Klaue—and his Vibranium—back to Wakanda. He fails, but Erik Killmonger (played by Michael B. Jordon, who has been working with Klaue, brings him in. Erik is the son of a Wakandan agent executed by King T’chaka for treason—a child left behind by the King.

Alone and without a family, Killmonger becomes a mercenary killer working for the CIA (represented in this film by Martin Freeman’s Everett Ross—the only white face in the country).
Killmonger has a plan—he will challenge T’challa for the throne and, having won it, use its resources to give the downtrodden of the world Wakandan weapons to allow them to rebel against their rulers—after which he will become the King of the World…

It’s an intriguing film—in many ways a modern version of LOST HORIZON, the classic tale of Shangra La, the peaceful city hidden deep in the Himalaya Mountains—except unlike the people of Shangra La, the Wakandans are fully aware of the outside world, with agents in every country. It is through those agents that they are made fully aware of the problems and dangers in that world—the question is, what should they do about it?

As a country wedded to tradition, their inclination is to remain hidden—but Wakandan’s like Nakia believe they should do more. It’s a question of Social Justice—the first time such a thing has reared its head in a Marvel film—and is only partially answered.
THE BLACK PANTHER straddles that fine line between action thriller and political theater, going places that Marvel has never gone before.

Despite that, it’s a beautifully-made film with fine acting and characters that are both believable and likable. I only wish Andy Serkis would have a bit more to do.
Stay through the credits—there are multiple Easter Eggs—and while the main credits credit Stan Lee and Jack Kirby as the creators of the Black Panther, the end credits indicate all the other writers and artists that have developed the character—and his home—over the years.