Beyond the Gates – Blu-ray Review 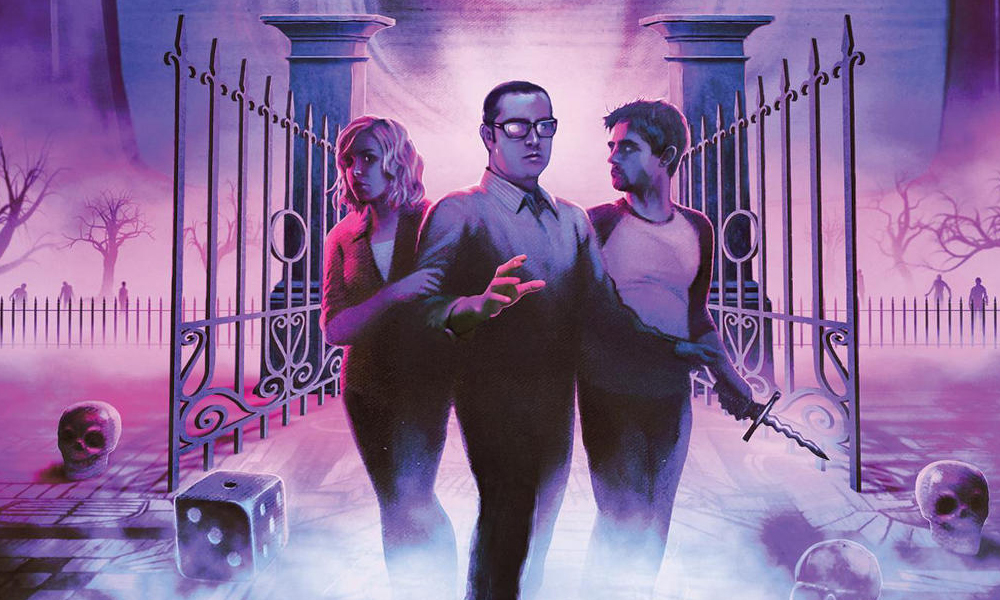 Finding a good horror movie nowadays is tough. More often than not, word of mouth is the best way to discover a new piece of cinematic horror. One person takes a chance, passes it on, and so fourth. This used to be how “cult movies” were born. Don’t believe me? Think back to how you first saw Sam Raimi’s Evil Dead 2: Dead by Dawn. Every once in a while you get the chance to pass a crazy and awesome film on to the next person. This brings us to IFC Midnight’s Beyond the Gates. I read the synopsis, watched the trailer (posted below), and immediately thought “I’m in”. Having worked at several video stores, and a child of the eighties, I was ready to see a horror film that drew its inspiration from staples of that era.

Gordon (Graham Skipper,) and John (Chase Williamson) Hardesty are cleaning out their father’s old video store. Dad has gone missing for the last seven months and the boys have decided that he is not coming back. Gordon is the “brains” of the two, who escaped his hometown trappings and found a new life. John has become the deadbeat townie. The two brothers, who are complete opposites and don’t get along well, begin to clean out Dad’s store and discover an old VHS board game called “Beyond the Gates”. Along with Gordon’s girlfriend, Margot (Brea Grant), they decide to play the old thing for a laugh. The fun stops when the creepy host of the game, Evelyn (Barbara Crampton), offers the players the chance to save their father’s eternal soul. The possibilities at this point are endless for where this horror movie is going to go. Otherworldly dimensions, a demonic video game, and tasks to complete on the board which have real world implications all might lay ahead of the two brothers who must work together to save their trapped father. 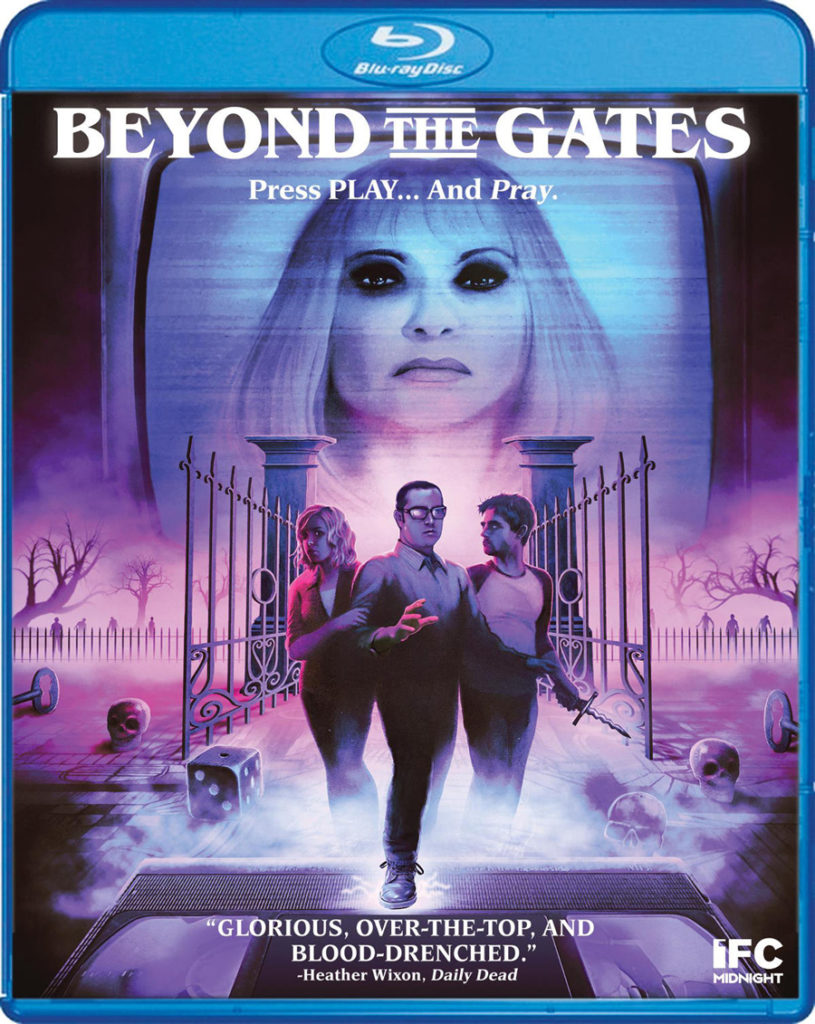 Sadly, the film doesn’t live up to the possibilities of what it could have been. I found myself listening to Wojciech Golczewski’s fantastic eighties inspired score and admiring Jen K. Messer’s production design more than paying attention to what was happening on screen. The reason is that the movie moves at a snail’s pace, has a few leaps in logic, and the leads are boring.

Writers Stephen Scarlata and Jackson Stewart take a long time to establish the brothers’ relationship and backstory to show us where each man is coming from. It’s fine character development, but really has no pay off in the overall story. Gordon is a slightly neurotic hipster, but those traits do not help or hinder anything. What really matters was why he was so estranged from his brother and father, to begin with, and whether or not he has any love to help and save them from this nightmare. John is a loser and one step away from being homeless, but why that is is never revealed. We learn about what happened to the boys’ parents and how their mother died, but did this have an everlasting effect on John to drive him to townie loser? We spend a lot of time not getting any real answers and the actors’ performances aren’t layered enough to have any deeper meanings.

There is one seemingly important moment, early in the film, when the brothers first play the videotape at Dad’s store. A massive strobe effect emits from the TV and gives the guys a headache. They turn it off, questioning whether or not they might have a stroke, and realize that hours have passed since they went into the office. Immediately, any fan of the horror genre or The Twilight Zone will log this moment into their memory because it will surely have some effect or meaning somewhere else in the film. It never does. What we get is one supporting character who watches the video, sees nothing but static, laughs it off as a prank by the brothers, and then shows up later trying to kill them, all because he has become part of the game. Another friend becomes a victim of the game for no apparent reason. That poor bastard didn’t even see the video. Finally, Gordon’s girlfriend, who could have been the great wild card in this, having not been present at the strobe effect moment, becomes possessed by the game and has her soul at stake, too. The filmmakers take the time to also establish that she is a sleepwalker, but this is only used once to supply the audience with a single scare. When the brothers do finally go into the game, it’s really no different from the real world. It just looks like an eighties horror movie. What becomes a sore thumb is that these two guys never question the reality into which they are thrown, not even for a minute. This, as horror movies go, borders on being ridiculous. When characters are too ridiculous (without meaning to be) during a horror movie, that’s not scary. In fact, it becomes kind of insulting.

When on the look-out for any new horror movie, we all hope to be the first one to find a true diamond in the rough and pass it on. Beyond the Gates had so much potential that I found myself practically writing a sequel with the same premise only working out the mistakes that Stephen Scarlata and Jackson Stewart failed to recognize. In a shorter format, this would have made a great episode of Supernatural or Tales from the Darkside. Instead, it’s a movie that only should have its trailer viewed on a “42nd Street Forever” compilation Blu-ray. It never got any better than that.

Beyond The Gates Bonus Features