BEAUTY AND THE BEAST – Movie Review 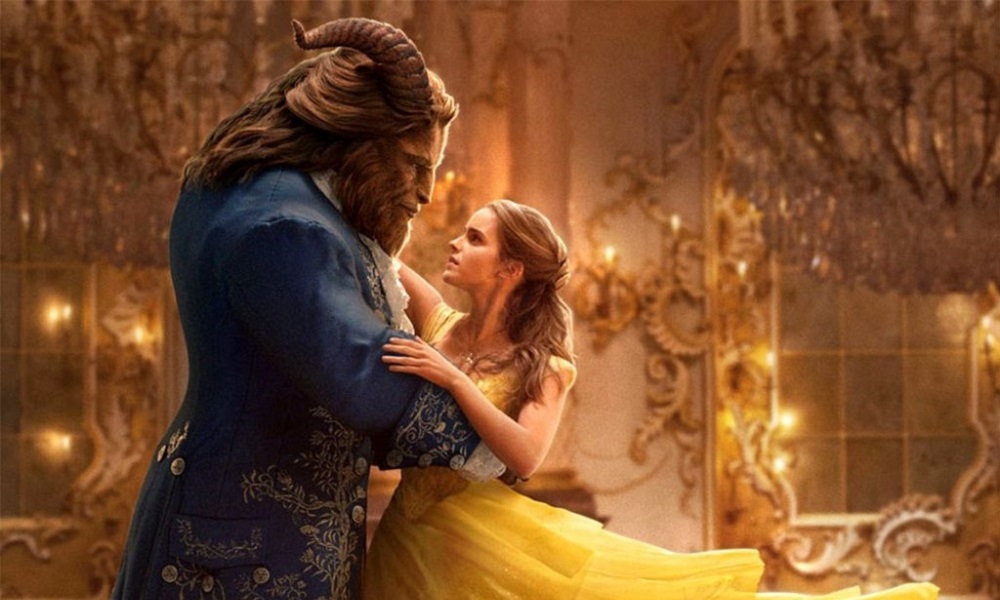 Disney ultimately proves its own worst enemy with this new live-action version of Beauty and the Beast. Indeed, in its rapidly expanding pantheon of live-action double dips, this one faces particularly long odds: faced with transforming one of the most beloved animated films of all time into a live-action doppelganger. We actually already have a brilliant live-action version of the tale: Jean Cocteau’s La Belle et la Bete, so incredible that Walt Disney himself may have thrown in the towel on an earlier animated version after he saw it. That boxes this new film in almost from the start. They certainly found the director for the job with Bill Condon, but the final effort may have been doomed no matter what he tried.

It simplest terms, it makes you want to watch either earlier film far more than inducing you to enjoy it on its own terms: cleaving too closely to the 1991 version to let it find its own rhythm and yet departing from it in the wrong ways, at the wrong times, in ways that confound its efforts to tell its own story. Handsomely mounted, sumptuous to look at and cast to jaw-dropping perfection, it still feels like a sugar-frosted carbon copy instead of a movie in its own right.

Condon brings the right fairy-tale instincts to the look at least: the haunted castle where the Beast (Dan Stevens) endures his hideous curse, the little village where Belle (Emma Watson) and her father Maurice (Kevin Kline) are quietly judged, and the haunted forest that sets the gulf between them. It feels just right… which makes it all the more exasperating when you punch through and find little of substance beneath.

If you’ve seen the 1991 version, you know the beats, and this new take doesn’t diverge from them at all: the cruel prince’s fate, his servants transformed into knickknacks, the beautiful bookworm from the nearby town who agrees to remain as a prisoner in the place of her sickly father. The film itself seems very aware that it’s following a well-worn path and takes great pains to point out what’s different. A new cadence to the songs, for instance, or slightly updated takes on staples like the Beast’s gift of a library to Belle. (The much ballyhooed gay wrinkle proves much ado about nothing. Seriously anti-LGBT folks, it’s 2017; if this is enough to get your knickers in a twist, you need to go back to that cave you’ve been hiding in.)

Every time, the difference proves more jarring than illuminating. The trend starts immediately, with a feckless and dull rendition of the same narrative that David Odgen Stiers used to reduce the audience to tears in the first film before the title card even appeared. The same thing happens with more extensive departures, answering the questions the animated version left open. What happened to Belle’s mother? Why doesn’t the village know about the Beast? Why is there a book shop in a village where apparently only three people can read? They’re questions worth answering, but Beauty and the Beast treats them with perfunctory dismissal. They contain no details we couldn’t have surmised ourselves with some basic guesswork, leaving revelatory explanations that fall flat time and again.

Condon further endeavors to bring more subtlety and nuance to the various characters: toning down their broadness from the animated feature in favor of greater depth. But that depth never materializes. Instead, we get the same characters we’ve loved for decades devoid of their distinctiveness. The Beast loses his passion and rage. Belle’s longing for excitement vanishes beneath understated indifference. Cogsworth (Ian McKellen) rises above his straight-man status just often enough to ruin his pratfalls, and while Ewan McGregor does better as Lumiere, the performance still leaves us pining for Jerry Orbach all the more.

Nowhere does this appear more clearly than with Gaston (Luke Evans), whose narcissistic villainy loses its hidden cruelty, its selfishness, and its potency in favor of a guy who just makes bad choices. So too does the torch-bearing mob he creates, granted understanding and mercy they simply don’t deserve. Evans actually serves as the summation of the movie’s problems. He’s the perfect actor for the part; he simply isn’t allowed to make it his own, suffering through a lesser version of Richard White’s outlandish animated take rather than putting his own mark on it.

Disney’s live-action reboots make money, which means we’ll be seeing a lot more of them in the next few years. They can work in the right circumstances, as last years’ double-punch of The Jungle Book and Pete’s Dragon demonstrated. But those two films resolutely pursued their own vision, separate from their predecessors and unbound by expectation. Beauty and the Beast has a much larger shadow to escape, and ends up running towards the classic when it should be setting itself apart. It looks awfully pretty, and is set to rake in the dough this weekend. Honestly, if your kids are clamoring to go, the experience won’t kill you.

This time next year, though, I know which version I’ll still be watching.