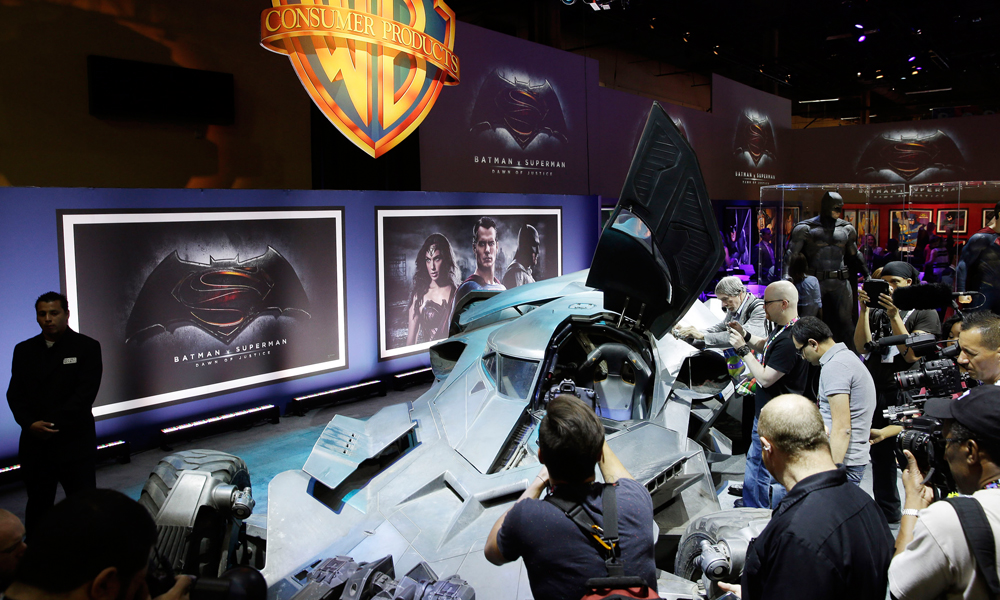 Warner Bros. Consumer Products has unveiled Batman’s (Ben Affleck) Batmobile from Batman v Superman: Dawn of Justice at Licensing Expo in Las Vegas! This was the first public display of this latest incarnation of the iconic vehicle.

Press Release: WBCP stands tall at Licensing Expo with a powerhouse roster of global partners to support as Batman and Superman fly into theaters on March 25, 2016. WBCP promises to deliver on fan anticipation and licensing opportunities as this heroic theatrical event continues to build momentum through its licensing and merchandising programs around the world. At the same time, the tentpole film will help drive the Batman and Superman franchises to new heights, offering licensees and retailers new opportunities to reach fans of all ages. 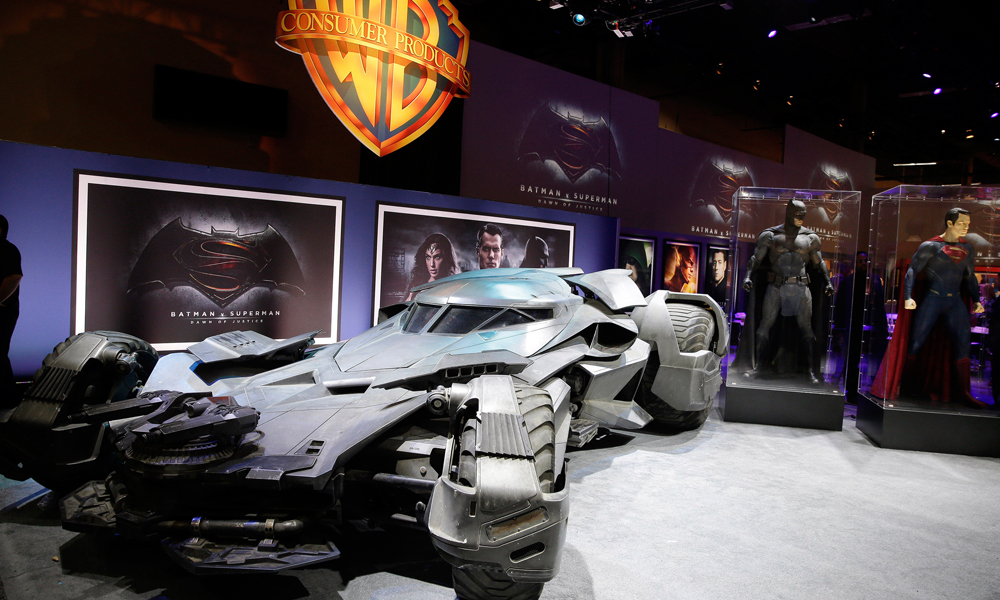 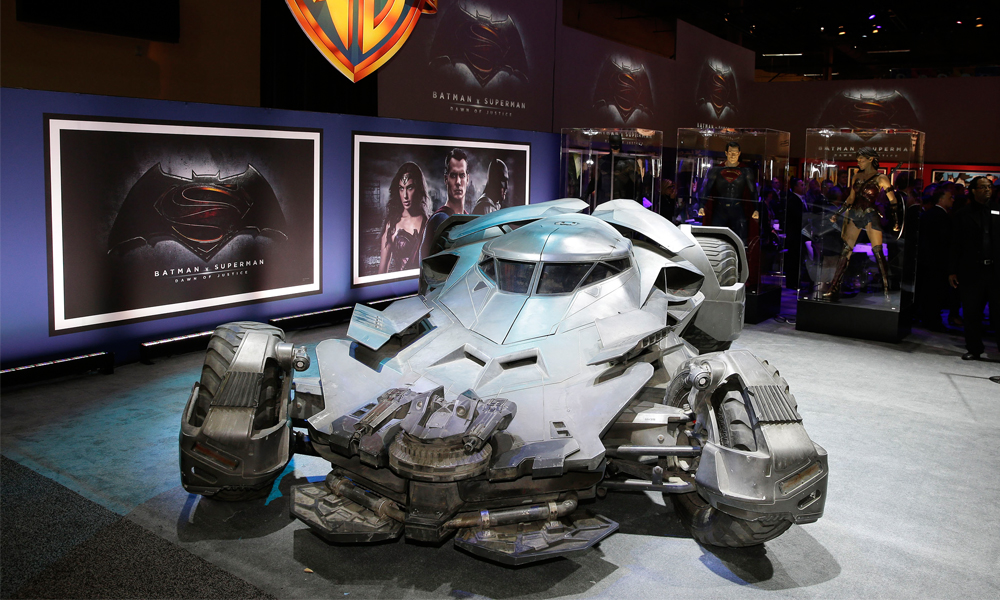 Synopsis: Fearing the actions of a god-like Super Hero left unchecked, Gotham City’s own formidable, forceful vigilante takes on Metropolis’s most revered, modern-day savior, while the world wrestles with what sort of hero it really needs.  And with Batman and Superman at war with one another, a new threat quickly arises, putting mankind in greater danger than it’s ever known before.

The film is director by Zack Snyder and features Henry Cavill in the role of Clark Kent/Superman and Ben Affleck as Bruce Wayne/Batman with Gal Gadot as Wonder Woman.