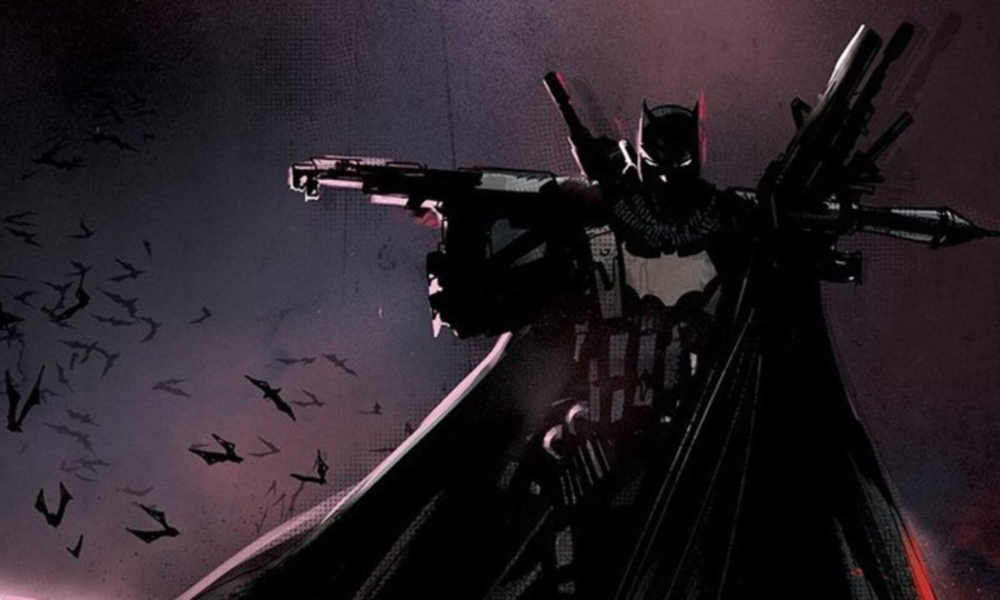 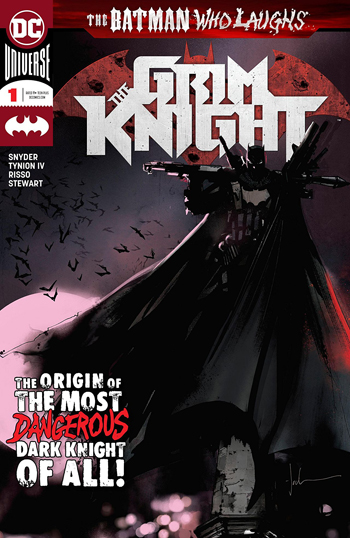 Laughs”, and reading like one of the Burbank-based publisher’s “Elseworlds” imprint stories, James Tynion IV and Scott Snyder’s “origin of the most dangerous Dark Knight of them all” is a terrific tale of a well-meaning person’s best intentions going horribly wrong once a distraught young boy crosses a deadly line and cold-bloodedly guns down Joe Chill immediately after the incompetent robber has murdered the lad’s parents right in front of his tear-stained eyes; “Shut up! Shut up and die.”

Of course, to begin with a Gotham City containing a billionaire like Bruce Wayne who is willing to shoot all of the metropolis’ most vilest villains dead, sounds like a recipe for its citizens to enjoy long, peaceful, prosperous and happy lives, especially when the “Angel of Death” dispatches all of the crime bosses like Falcone and Zucco, so subsequently “never faced the kind of colourful enemies the Batman of other worlds did.” But things swiftly deteriorate as the morose Caped Crusader simply decides “to start using lethal force indiscriminately to win” even against the metropolis’ Police Department, and in doing so additionally wipes out every inhabitant of both Blackgate and Arkham Asylum using “the finest arsenal Wayne money can buy”.

Faced with a Jim Gordon who is unwilling to stand by and watch his beloved municipal fall under the sway of a “globe-trotting… chief executive officer of a tech and weapons company”, Snyder’s “second-deadliest Batman” degenerates even further, to the point where he forcibly controls his own butler, Alfred Pennyworth, courtesy of an explosive device implanted in the old man’s neck, and seemingly executes any citizen spotted misbehaving via a death-dealing Wayne Enterprises satellite. Such a formidably determined dictator truly is the stuff of nightmares, and is so prodigiously penned, that it is easy to see just why the Eagle Award-winner was apprehensive about bringing this one-shot’s titular character in for “Dark Nights Metal” due to his worry that “the other evil Batman would pale in comparison to him.”

Interestingly, Eduardo Risso’s artwork also adds an extra element to the unsettling nature of this comic’s atmosphere by providing a mixture of pencilled and contrastingly painted panels throughout its twenty-eight pages. This decision to differentiate between the cold, calculating abduction of the police commissioner in the ‘real world’, with that of the Grim Knight’s much more colourful journey towards becoming a blood-drenched despot in his own reality, really does help emphasise the deeply-troubled anti-hero’s emotional state, especially towards the book’s conclusion when it seems clear Snyder’s creation has decided to kill Gordon having just relived his own defeat at the hands of an alternative version of the morally-strong moustached lawman.