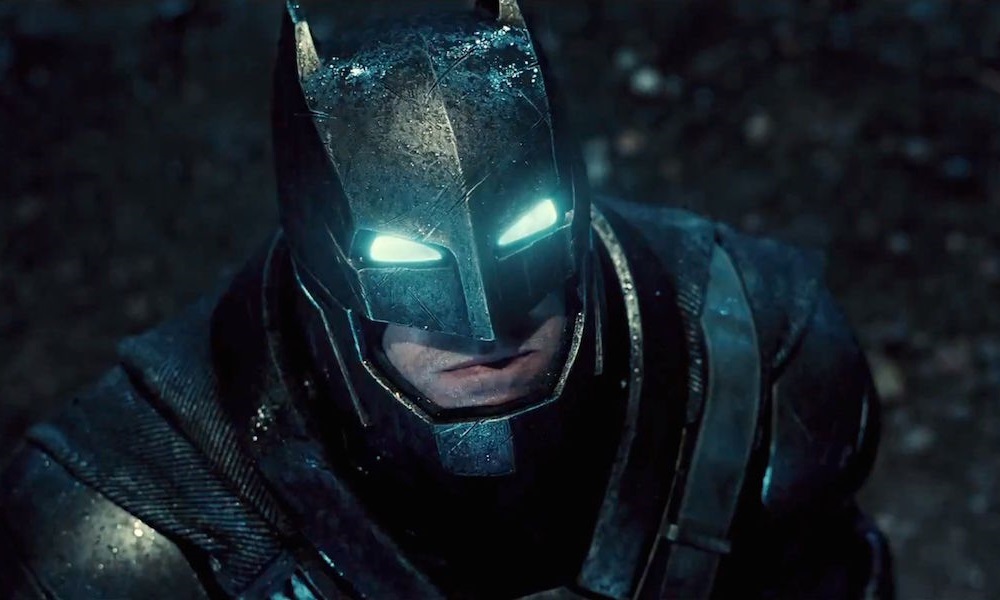 (SPOILER ALERT: I discuss a couple of early scenes in depth here. They occur in the first 10-20 minutes of the film, but I’m not shy about the details. Fairly warned thee be, says I.)

Before I begin to express the violent, almost homicidal rage I feel towards this movie, I must stress that none of it applies to the actors. Though saddled with dreadful material, they battle as heroically as their characters to do right by it. You can sense real torment in Ben Affleck’s Batman, for instance, and the prospect of an Affleck-helmed feature covering this aging, wounded Caped Crusader is a choice prospect indeed. Amy Adams shows pluck and verve as Lois Lane, Gal Gadot is a star in the making, and even figures who struggle (like Henry Cavill’s bland Superman and Jesse Eisenberg’s badly miscalculated Lex Luthor) do so out of a dearth of script quality rather than some flaw in their efforts.

This may be the worst superhero movie ever made because it wastes each and every one of them. They’re terrific actors perfectly cast in roles tailor-made for them… and I never want to see it again. I’ve been a comic book lover for over 30 years and I found myself thinking horrid, unspeakable thoughts during the screening. Thoughts like, “come back Joel Schumacher, all is forgiven!” and “maybe David Hasselhoff’s Nick Fury wasn’t so bad.” What kind of superhero movie DOES THAT to a man?

Frankly, the kind of superhero movie that generates nearly three years’ worth of buzz and a $250 million budget in the service of a raging dumpster fire. I’m a little late to the game here, but you’re doubtless familiar with the critical response by now. None of it is exaggerated, overblown or unjustified. The arrogance involved in tarnishing such beloved figures takes the breath away, as does the deliberately joyless assault on anyone who presumes that superheroes might have something to offer besides posturing and killing people.

Yes, killing people. Affleck’s Batman does it without thinking, and the movie spends no time at all on the implications. Cavill’s Superman, too, takes a shockingly cavalier attitude towards collateral damage, which is supposed to prompt the titular feud between the two heroes. From the beginning, director Zack Snyder seems totally at sea with the notions he’s toying with. There’s no sense of loss or folly, no grappling with serious moral questions. Characters suffer beneath the titanic struggle of super-powered behemoths, but hold no real pain or humanity in them. They simply exist to get the plot from one point to the next, leaving the sight of buildings collapsing and innocents shrieking in horror a dubious sign of the movie’s “bad ass” credentials. Only pussies adhere to higher ethical standards, it tells us, leaving the occasional musings about making a difference sound like the bad excuse of a sociopath.

And that might be less problematic in a film serious about exploring that idea: gods who exist above the law and what happens when they start to lose their moral bearings. Instead, Batman v. Superman skims across the surface impressions before lurching into non-sequiturs that confound even the most basic concepts of storytelling. Example? As one of the film’s half-dozen opening scenes, we watch as a meeting between Lois and a band of Nigerian terrorists goes pear shaped. The bad guys start shooting Lois’s entourage. Bang! Dead man. Bang! Another dead man. Bang! Bang! Bang! They cap it off by putting a gun to Lois’s head… and only then does Superman show up.

The movie doesn’t understand why that might be disturbing, or indeed constitute a fundamental betrayal of Clark Kent as a character. The scene simply exists to further the “Batman’s gonna fight him” thread which becomes the only purpose of the plot. “Why would Batman and Superman fight? We gotta have reasons! And those reasons need reasons! And in the end, we’re gonna resort to the most egregious heavy-handed bit of Republic-serial chestnuts to make it happen, after spending 120 dour, cheerless grimdark minutes failing to find a better one!”

We, the audience get to suffer for those sins, witnessing pointless scene after pointless scene without any thought given to how characters with actual understandable human emotions might act in similar circumstances. Snyder’s visual eye has often been praised and there are some striking moments here, but it all goes into initial impressions instead of underlying ideas.

Example: in yet another opening sequence, we get to watch Bruce Wayne’s parents die in the prescribed fashion. Snyder focuses on one of the iconic images of that moment – Martha Wayne’s pearls scattering in the rain as she’s gunned down – to the detriment of the actual emotional impact. (He’s drawing a lot on Frank Miller here; do try to contain your surprise.) We get the necklace wrapped around the gun, a Martha’s-eye-view of the weapon that’s about to kill her, the white spheres slowly falling in the rain and bouncing on the concrete. Pearls, pearls, pearls, and how they look in a close-up and the way they slip into the sewer grate and the depth of field as they pop out at us in 3D, and the gleaming surface of their- hey didn’t this kid just watch his parents get gunned down? Enough with the fucking pearls Zack!!!

Extend that feeling through the entire, ponderous, infuriatingly tone-deaf running time, and you begin to see the problem. Batman v Superman clearly has presumptions towards big questions and small ones, encouraging us to explore some interesting moral issues while still showing us a simple bit of good guys vs. bad guys entertainment. It resolutely fails at every turn: creating silly plot complications where none exist and expecting characters to make a complete shift in motivation for no reason other than the story demands it. Snyder slathers the profound narrative failures with a snide hipster-nihilist tone, suggesting that the world is a giant pile of shit and not even those with great power can make a dent. It would be more compelling if Batman v Superman could back up such cynicism with anything resembling a coherent thought or a story that makes the slightest bit of sense.

I will single out Gadot again, because she grabs most of the film’s few tolerable moments. We’ve waited a long time to see Wonder Woman strut her stuff on the big screen, and while her presence here is agonizingly brief, it gives us something to cling to amid all the bombast. Affleck pulls off a similar feat by sheer force of will, and the film’s blink-and-you’ll-miss-it Aquaman cameo with Jason Momoa got me excited about seeing more of that character, which is no mean feat.

In the end, though, those moments feel like previews of other, better movies to come while we’re stuck suffering through this one. I say “the worst superhero movie ever made” not because it’s less competent than the genre’s well-documented disasters, but because no other comic-book adaptation has wasted so much so completely in the service of nothing. This is an ugly movie on every level. The only real emotions it understands are anger and fear, and they only way it can convey them is by slamming them into our skulls with the force of a wrecking ball. The real world can pull off that trick all too well, and hoping for an improvement in the next film isn’t nearly enough to justify such willful, resolute unpleasantness. These characters, these actors and the comic-book fan base in general deserve far more than such a reprehensible effort can produce. Batman v Superman sneers at us as it squanders every bit of goodwill it can find, then has the temerity to ask why we might be angry at it. I suspect that Warners and DC won’t like the answer one little bit.