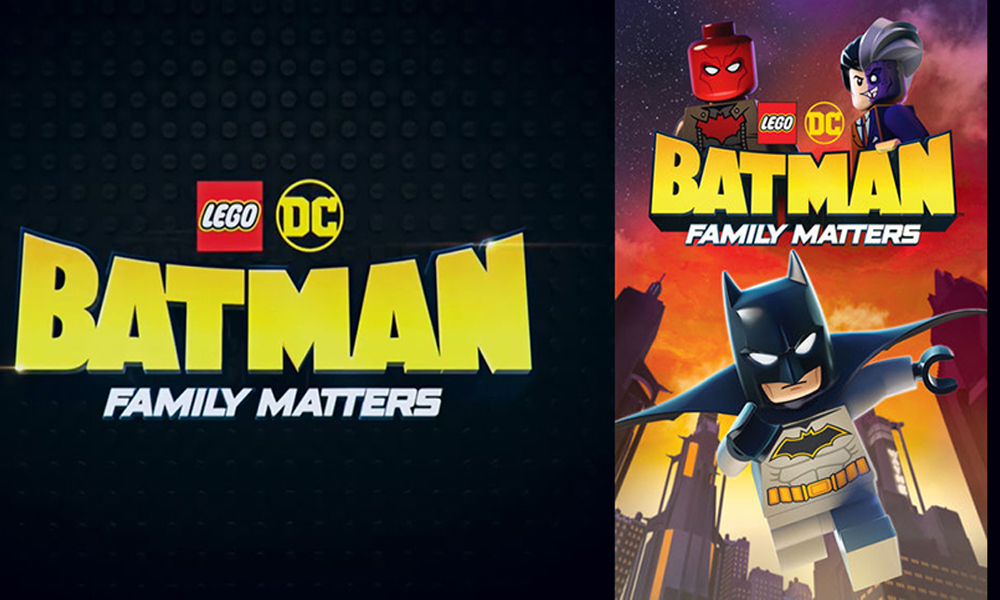 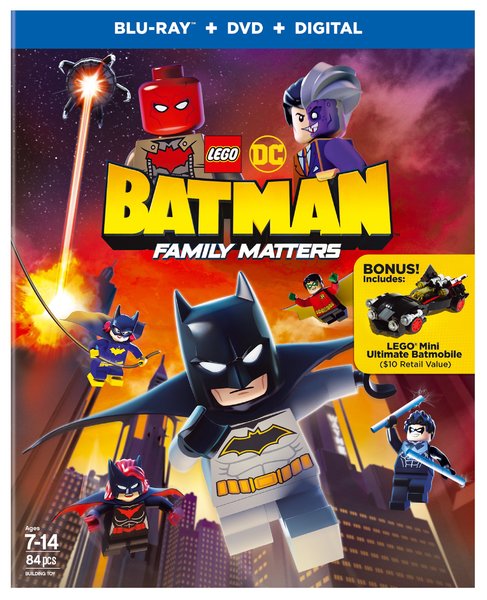 Batman: Family Matters is the latest Lego animated film from DC and Warner Bros. As the name implies the film features the entire Batman Family including Batman, Robin, Batgirl, Batwoman, and Nightwing. While the film includes many of Batman’s Rogue’s Gallery of villains such as Riddler, Scarecrow, Penguin, Killer Croc, and even Solomon Grundy, the main two antagonists are Two-Face, and a mysterious new villain who calls himself Red Hood.

At a board meeting at Wayne Enterprises, Bruce Wayne learns that his company has developed a super computer AI called Brother Eye which can literally run the company without Bruce, along with its army of cyborg drones called OMACs. Bruce, utterly board sitting in meetings thinks this will afford him the opportunity to spend even more time fighting crime. He makes the drastic decision to sell Wayne Enterprises to the shock of the rest of the family.

The Red Hood is bound and determined to wipe out the entire Batman Family and uses the other villains to do his bidding. He hides several explosive devices throughout the city, challenging the Family to try to find them and disarm them before they can go off. Meanwhile, Two-Face has hatched his own plan to acquire Wayne Enterprises and use the army of OMACs for his own nefarious purposes.

If you are a fan of the LEGO videogames you’re going to love Family Matters. As each member of the family heads off to hunt down the hidden bombs and faces off against a different villain, the film plays out like missions in the game, with various battles and obstacles to overcome. There’s a lot of Lego building in the film that will be familiar to gamers as the Family members have to adapt Lego bricks into new vehicles in order to thwart the villain’s plans. 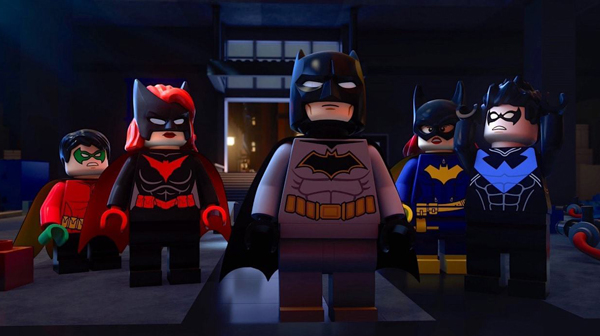 The film also maintains the great personality of the characters and their often humorous interactions. Batgirl and Nightwing are at odds throughout the film because Nightwing failed to respond to Batgirl’s text while Robin (the Damien Wayne version) is tired of being treated as a child and wants to go out and fight with the rest of the group.

The animation is absolutely fantastic if you are a fan of Lego or the Lego games. I’d go as far as saying that these Lego films are doing some of the best animation around today…and certainly among the most fun. The great thing about these Lego films is their fast appeal to kids, adults, gamers and comic book fans all in one shot. These films cannot help but put a smile on your face.

While the blu-ray does not come with any extra features on the disc…and that is a slight disappointment…it does include an unopened bag of Lego bricks that will allow you to construct your very own min Ultimate Batmobile. And that beats the heck out of a featurette any day!